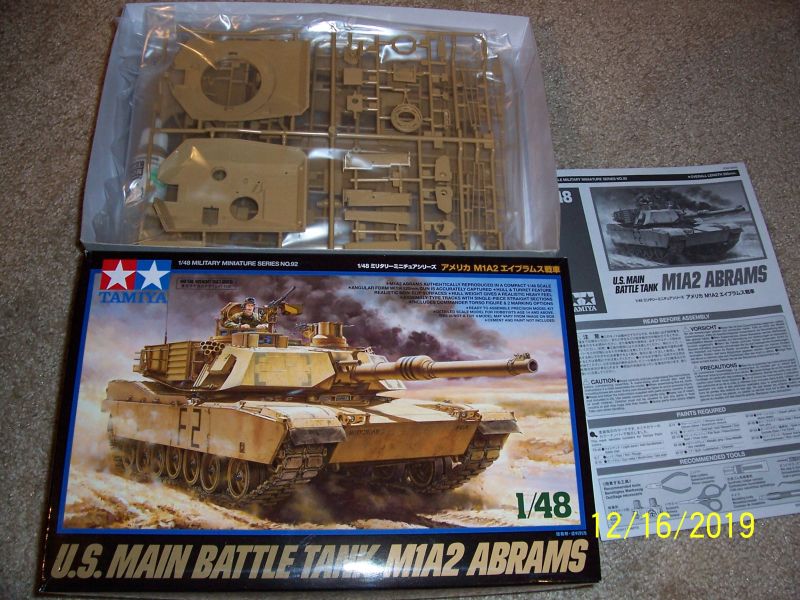 Staff member
I've been eyeing this kit for awhile so I'm definitely interested in seeing how it comes together... 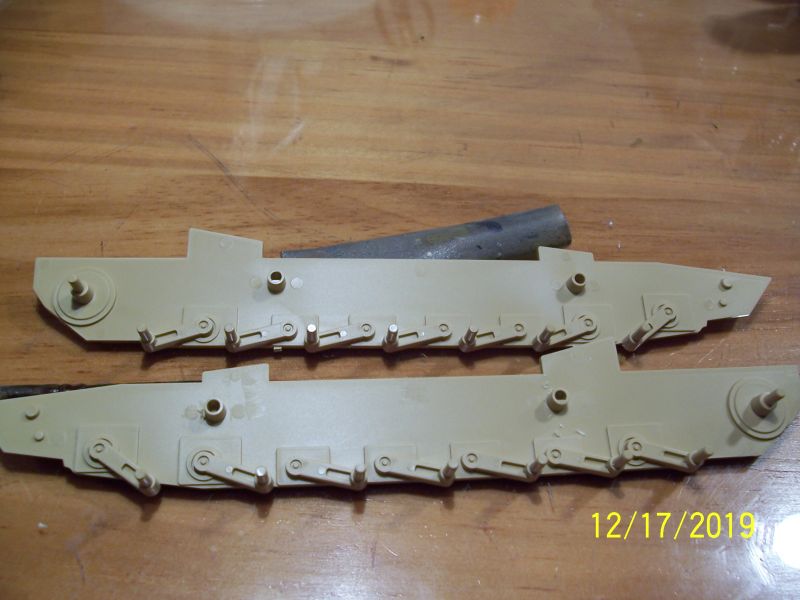 There was some punch out marks that were easy to remove. 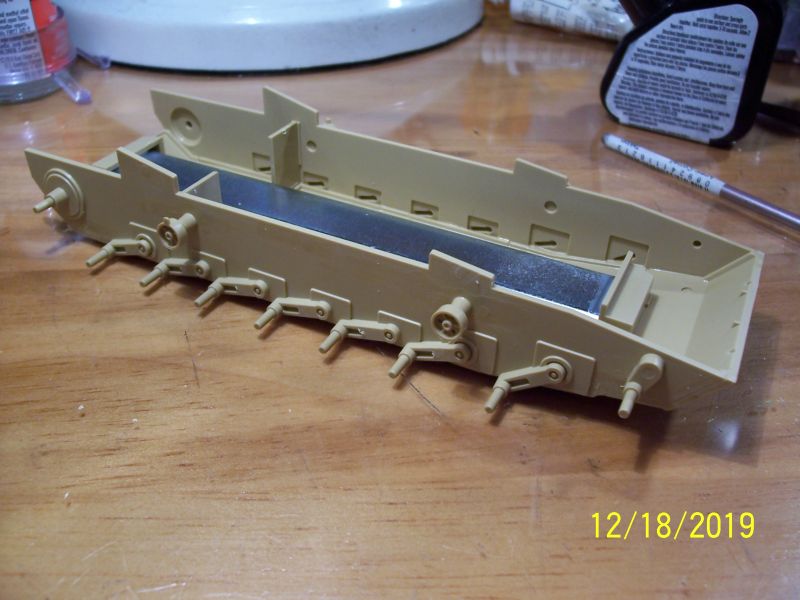 First step completed.
I'm going to have to change my entry to Operation Enduring Freedom. The M1A2 was not used in Desert Storm. The M1A1 was.
The kit almost looks like a shrink down of the 1/35th scale kit. I've only seen the 1/35th scale kit broken down and built on U-Tube. Only difference, I think are the tracks which are formed plastic in the 1/48th scale and vinyl in the larger scale. Thanks, Gary S. XXXXV XX XX 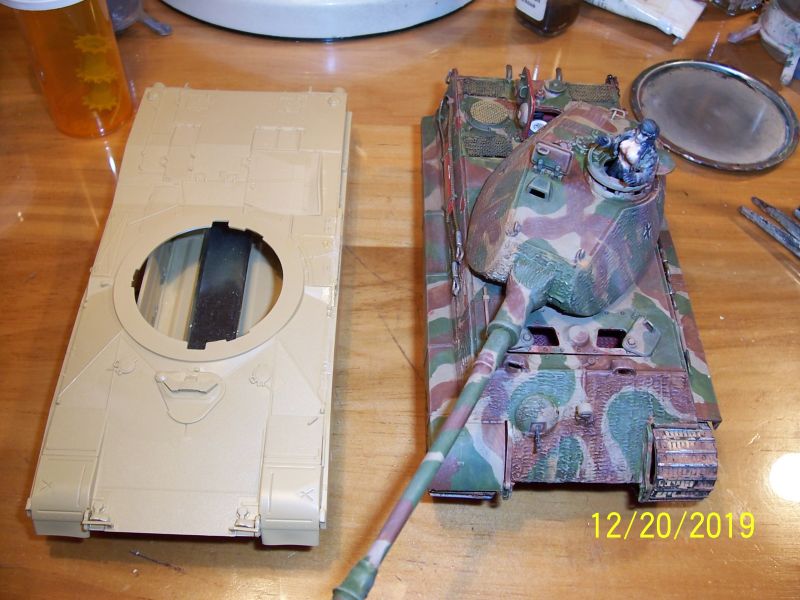 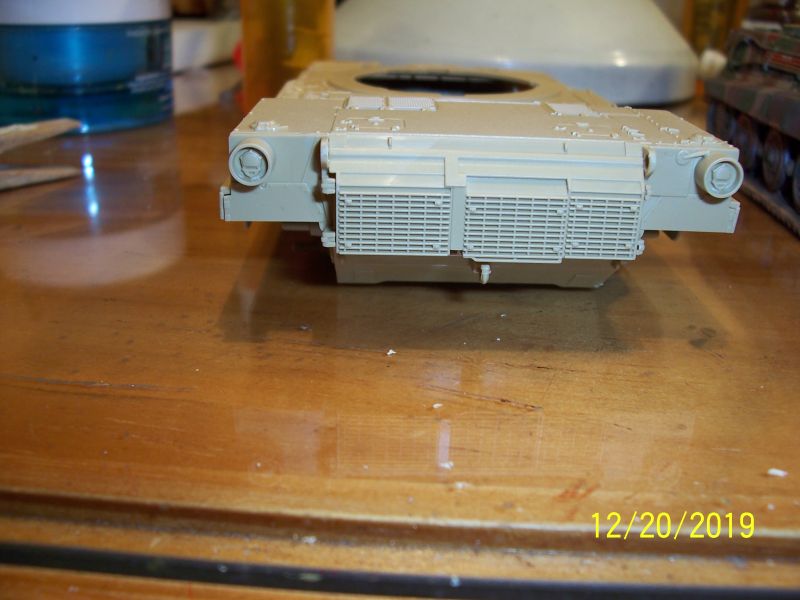 Back end on. Thanks. Gary S. XXXXV XX XX

Staff member
The Abrams is coming along nicely Gary! 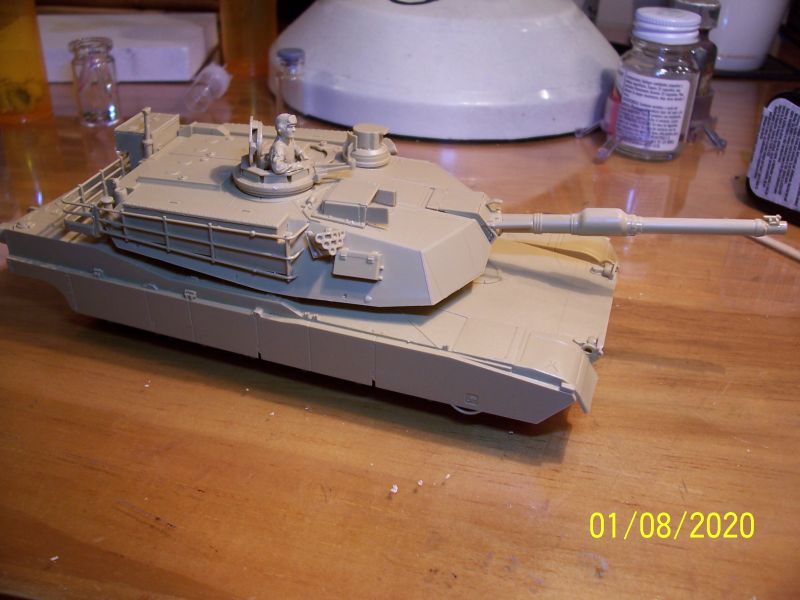 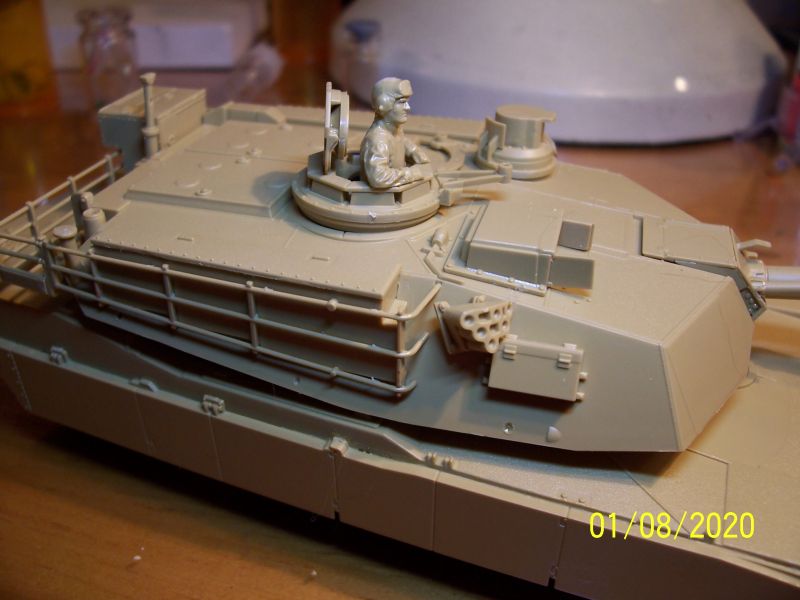 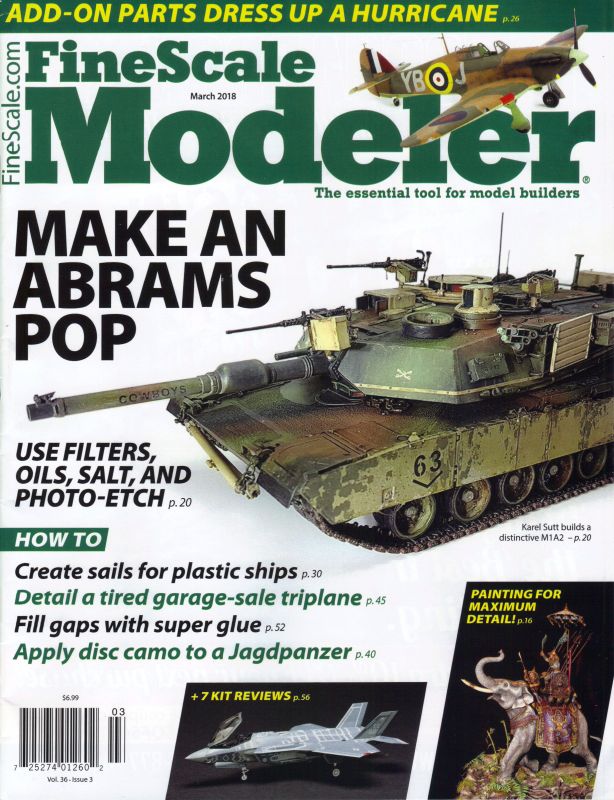 This is the scheme I was inspired by. The markings on the hull is 1/16 ARC, which is a training unit out of Ft. Benning, GA. Too bad there's not a "Training Command" campaign, with all the trainers out there. I have seen on line similar paint jobs on a tank in Iraq, just need to find the specific unit. Another detail on the cover model is the crossed sabers with a 4. The 4th Cav. did not use tanks in Iraq. 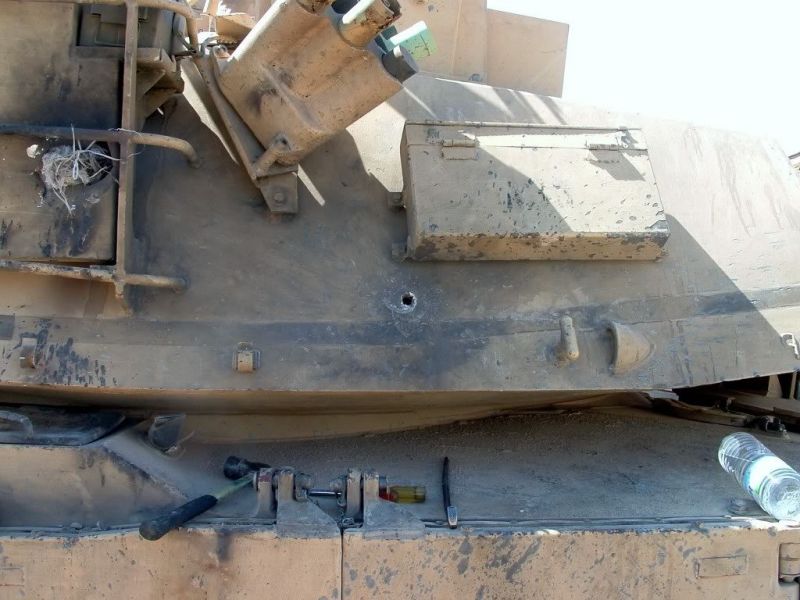 This shows type of paint scheme I'm trying to achieve. Some of the USMC used M1A1's in Iraq that were tri color. I might choose one of those and pass off a US Army M1A2 as an enhanced M1A1 that the Marines used. About time that Marine armor was represented in my collection. Close enough. Thanks! Gary S. XXXXV XX XX PS After close inspection of this picture, it looks like an all tan vehicle. And please read the next post about Marine M1A1s. Opps.

Currently the USMC uses the M1A1-FEP. 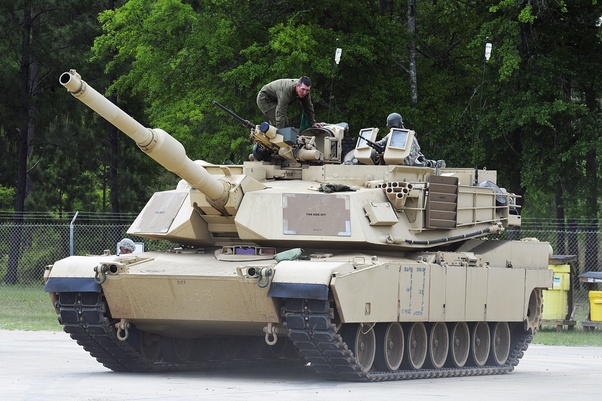 "Pictured is the M1A1-SA used by the National Guard, but the tanks are roughly equivalent. The M1A1-FEP uses HAP-3 (3rd Generation DU armor), but most importantly incorporates the 2nd generation FLIR sight of the M1A2 SEP, allowing target identification at 8000m and engagement in excess of 4000m. 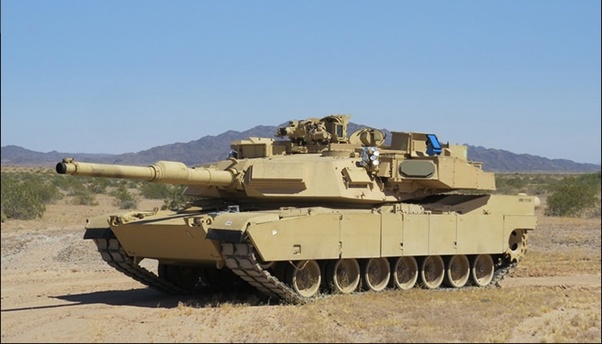 However, it still lacks the Commander’s Independent Thermal Sight that is present on M1A2 variants. Therefore, the tank is inherently inferior. Every Marine knows they always get second-hand stuff.

But the Marines are getting a new tank, an improved FEP. This new tank includes the state of the art NGAP (4th generation DU armor) and Trophy APS. While not confirmed, I’m guessing it will probably get 3rd generation FLIR sight as well, as the FEP upgrades are basically taking tech from the SEP variants and putting them on the Marine M1A1’s, the same thing the Army does with SA and AIM programs.
While this M1A1 FEPv2 is not as potent as the M1A2 SEPv3, it’s still a very deadly tank with stellar protection and a superb main gun sight." quote Jack Voney of Quora 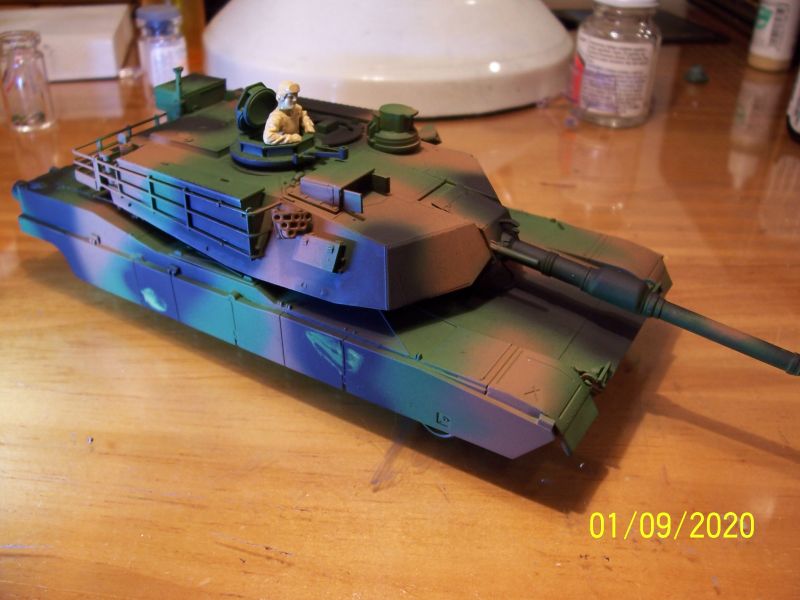 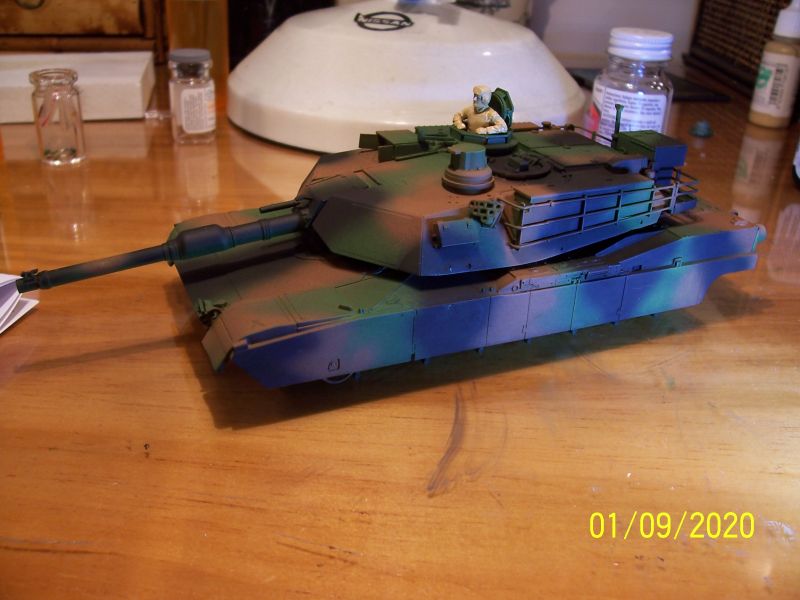 The 3rd Squadron, 7th Cavalry was the spearhead and the screening force for the main elements of the U.S. 3rd Infantry Division during the Iraq War. The 3d Squadron launched an attack under the command of LTC Terry Ferrell on 20 March 2003.[citation needed]
The 3rd Squadron was the "Eyes and Ears" for the U.S. 3rd Infantry Division (Mechanized) and the "Iron Fist" for the U.S. XVIII Airborne Corps. The Squadron was engaged with the enemy earlier and more often in the war than any other unit.[citation needed]
Combat operations for Operation Iraqi Freedom began on 20 March 2003, when the squadron crossed into Iraq as the lead element of the 3rd Infantry Division. The Squadron attacked towards Baghdad fighting both the Republican Guard and the Sadam Fedayeen. With the capture of Baghdad, the division and the squadron transitioned to stabilization operations. By the time the Squadron had redeployed, it had killed 2,200 Iraqi personnel, 64 tanks, 41 armored vehicles, numerous active air defense systems, as well as trucks and civilian vehicles used as suicide bombers.

3/7 Cav. 3rd ID is going to be the unit I plan to use. Even though they probably used all desert colored vehicles I'm claiming "artistic license". 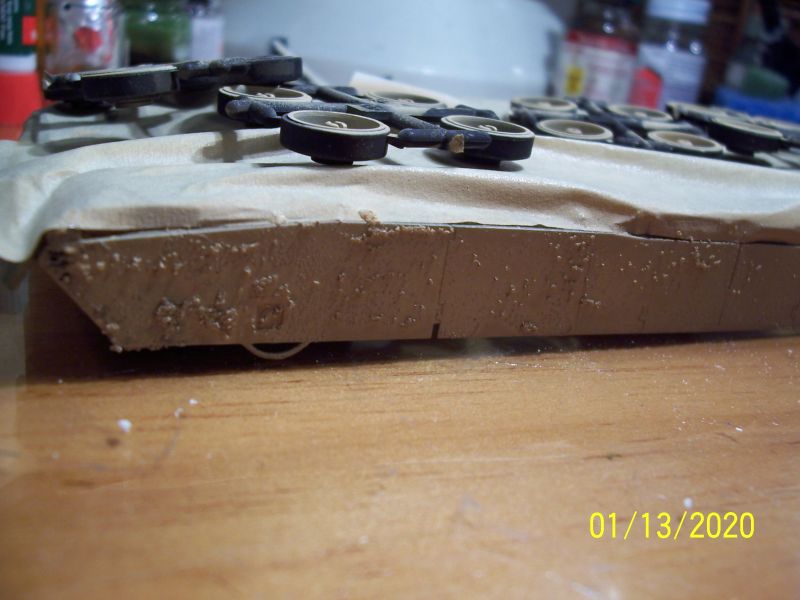 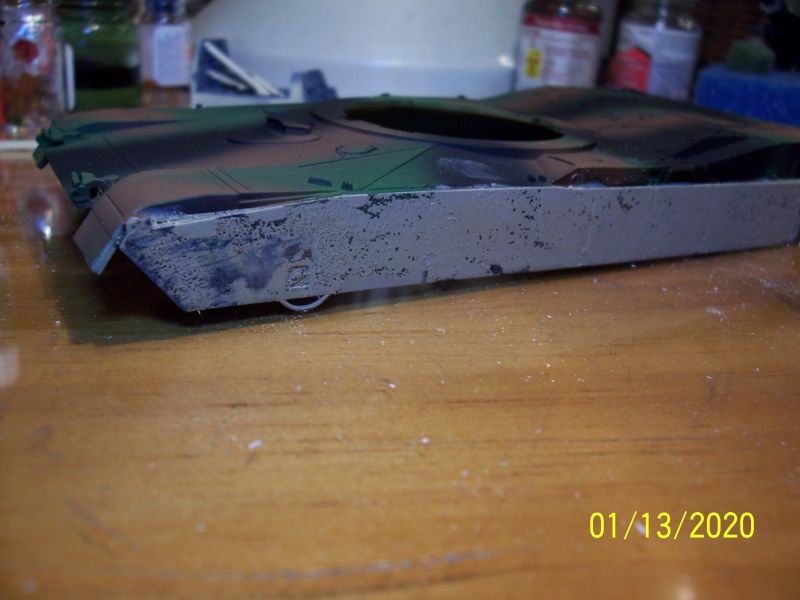 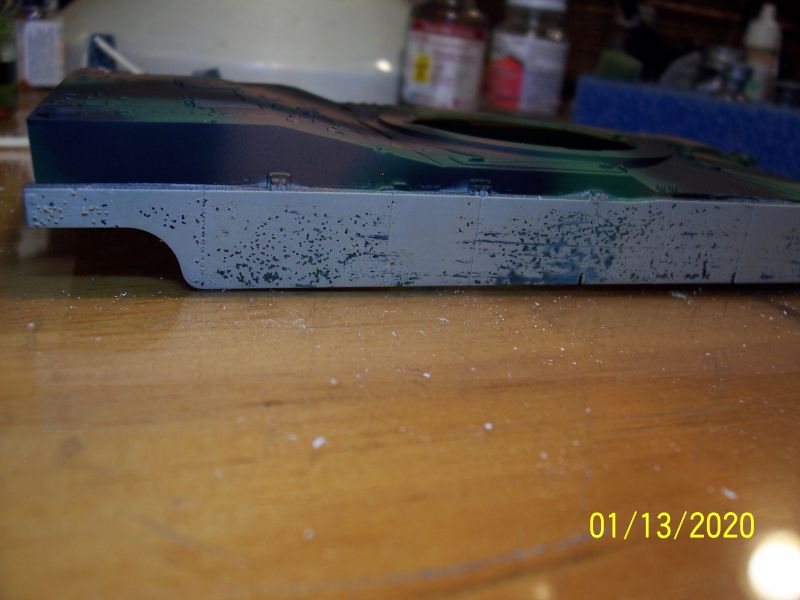 Gonna try this "salt technique" for chipped paint. The color I used was Iraq Sand by Vallejo. The paint in the bottle looks more yellow than the paint dose, which is more tan in color. For the base, a former coworker brought back from Jordan some desert sand. Thanks for looking. Gary S. XXXXV XX XX

I like the color contrast your going for...nothing wrong with "Artistic License"
:v 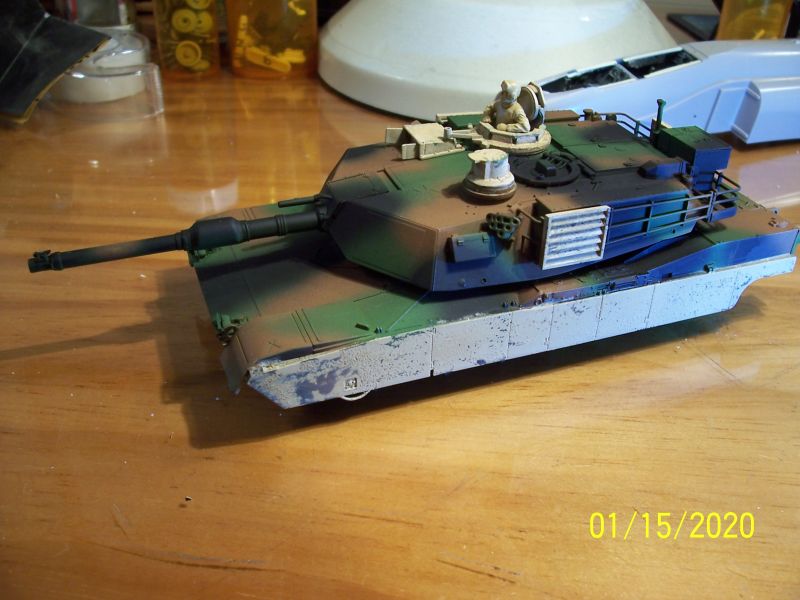 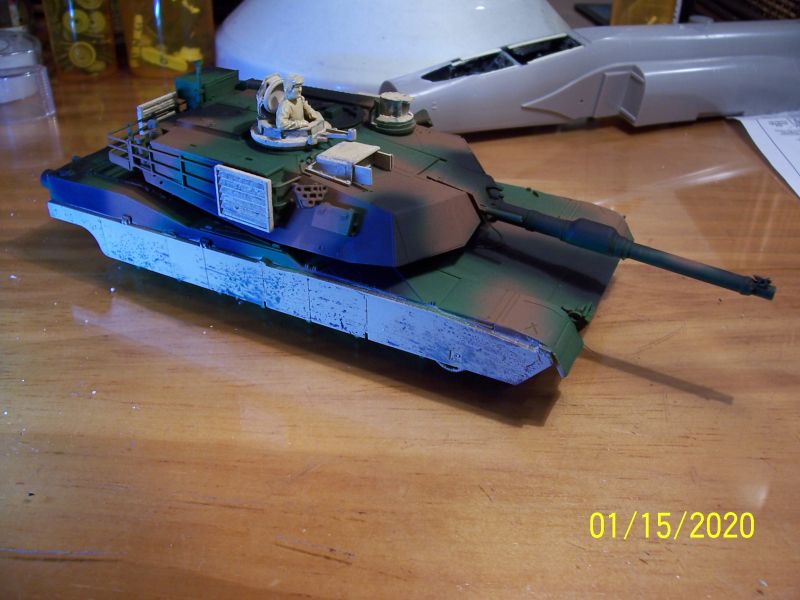 Thanks!! I think I need to use a better light for my pictures. Painted the stuff that goes on the turret and the friend or foe panels. Did some chipping on those also. After the pictures were taken I noticed that the top of the skirts needed painting. that's done now too. Gary S. XXXXV XX XX 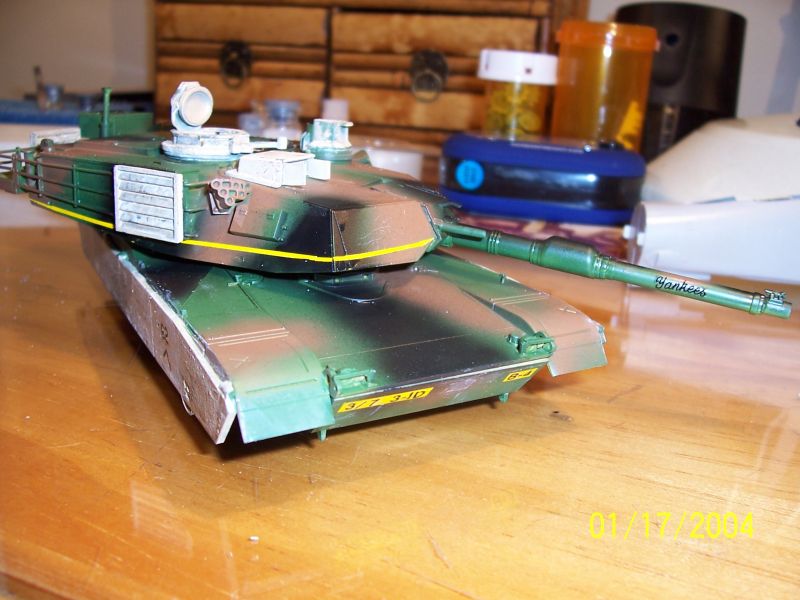 Except for the Cav. Sabers, The decals are done. Had to cobble together them. Thanks, Gary S.

Staff member
What's up with the white panels and stuff?

Hi Bob, It's not white but Iraq Sand color. The flash is a little bright. Thanks, Gary S. XXXXV XX XX