Hope to have some progress pics soon

Staff member
Well, this is going to be interesting!

The model of MiG-21 is the MiG-21MA (Izdeliye 96A, NATO "Fishbed-J"). The Czechoslovak Air Force redesignated its MiG-21Ms that had been re-engined with the Tumanskiy R13-300 engine as "MiG-21MA," keeping the RP-21MA radar. Some of these were later re-equipped with the RP-22 radar - bringing it to MiG-21MF standard - and were then redesignated "MiG-21MF." This causes some confusion as the construction number doesn't change.

Anyway, here is a build of the kit that can alert you to the issues:
http://modelingmadness.com/scotts/korean/rus/mig21.htm

Thanks Saul. I should have gone and looked there before I started.

I think mine is from an newer batch where the moulds have degenrated even further. :vmad

But all in all it will still be a fun little build it might just take me a while longer.

Will make a great testbed for my first NMF though.

Staff member
How can that be confusing?? :woohoo:

You got that from Martin you best do it justice Bubba!

It might bloody well help if there were numbers on the sprue. Just found that the little thingy I have no clue what it was supposed to be was just an very badly formed control Stick - I HOPE.

Yes I better do my best on this one. I am sure I am not hearing any laughter from Germany.
N

Well after the extreme difficulties of your last build, I should expect you should be able to breeze through this one quickly and easily and do a bang up job at least as good as anything Martin has churned out :evil:

Dave thats spelled Czech. and be carefull of the front wheel as it is fairly flimsy.
M

Alright I finaly finished this one ( :facepalm took me long enough) 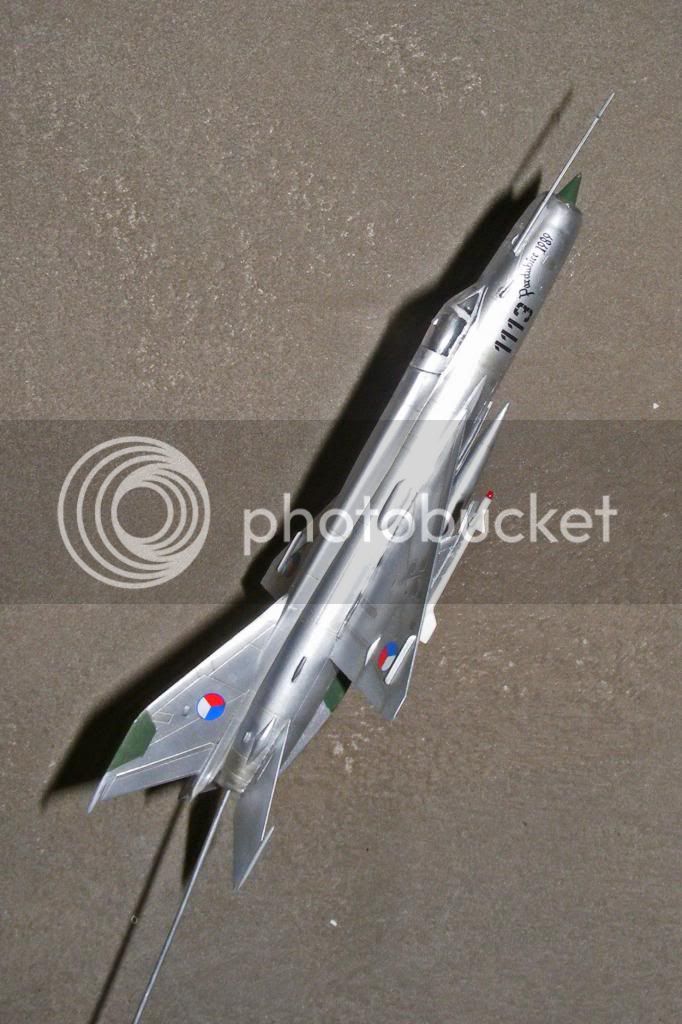 Its mounted on a wooden stand nose up. I want to add 2 more iconic silver darts from the 60's to it F104C and as soon as Airfix releases it the BAC Lightning.

I felt a disturbance in The Force, something I've not felt since...

Rock on, Dave! With time to spare even. :drinks

Hey Dave that came out pretty cool. Will really look good in a trio . What scale ?