Christian made some custom nose weights in his B25 build. Here it is for your education and edification.

For some reason manufacturers generally don't the weight needed to keep you otherwise beautifully done tricycle gear airplane. Or, for that matter they don't even tell you how much you might need to do that. So here's a simple way to cure this problem.

First. temporarily assemble the major components (as above picture) and add small amounts of weight until it becomes nose heavy.

Once you have worked out the amount you can set out on how to make it fit inside the available spaces.

Here's how I did this build. 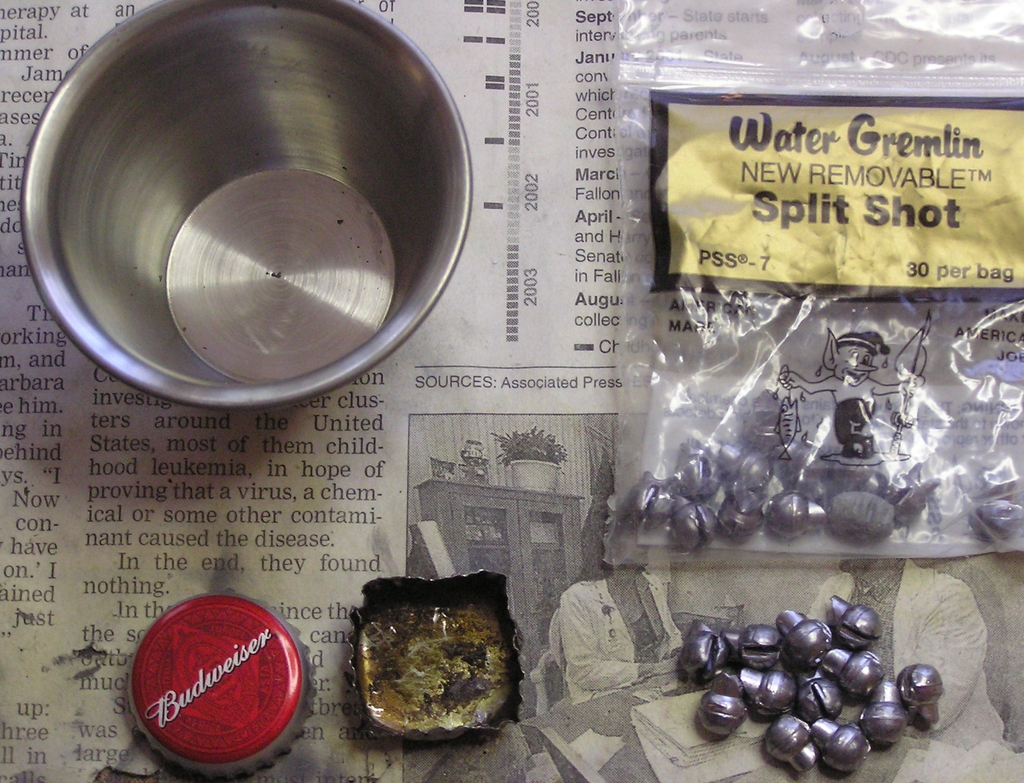 You will need the following items

The lead sinkers from Walmart or your neighbor's wheels.
The stainless cups from the bakery section at Sam's club
Some sort of mold to pour the melted lead in. In this case a formed bottle top but one could be made from clay or plaster of Paris if you want to be more precise. 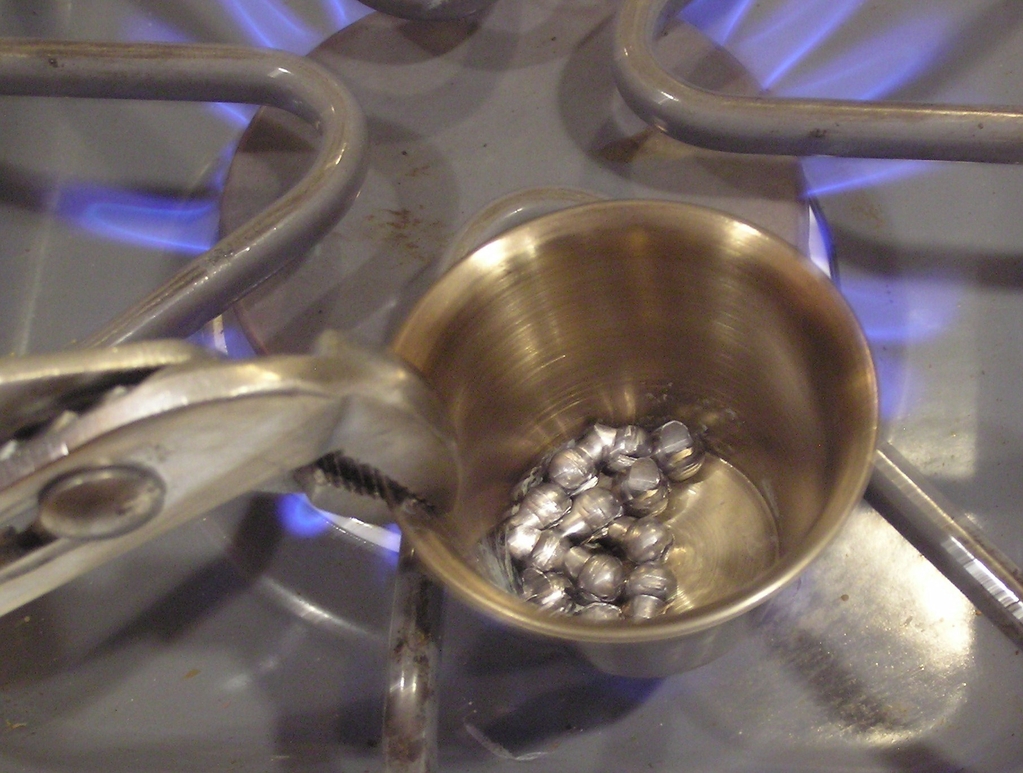 The next thing is pliers and a source of heat. A micro torch would work well if I had everything.

In just a few moments you can pour it in the mold which has been placed in a heat resistant container ( ashtray ). Just in case ! 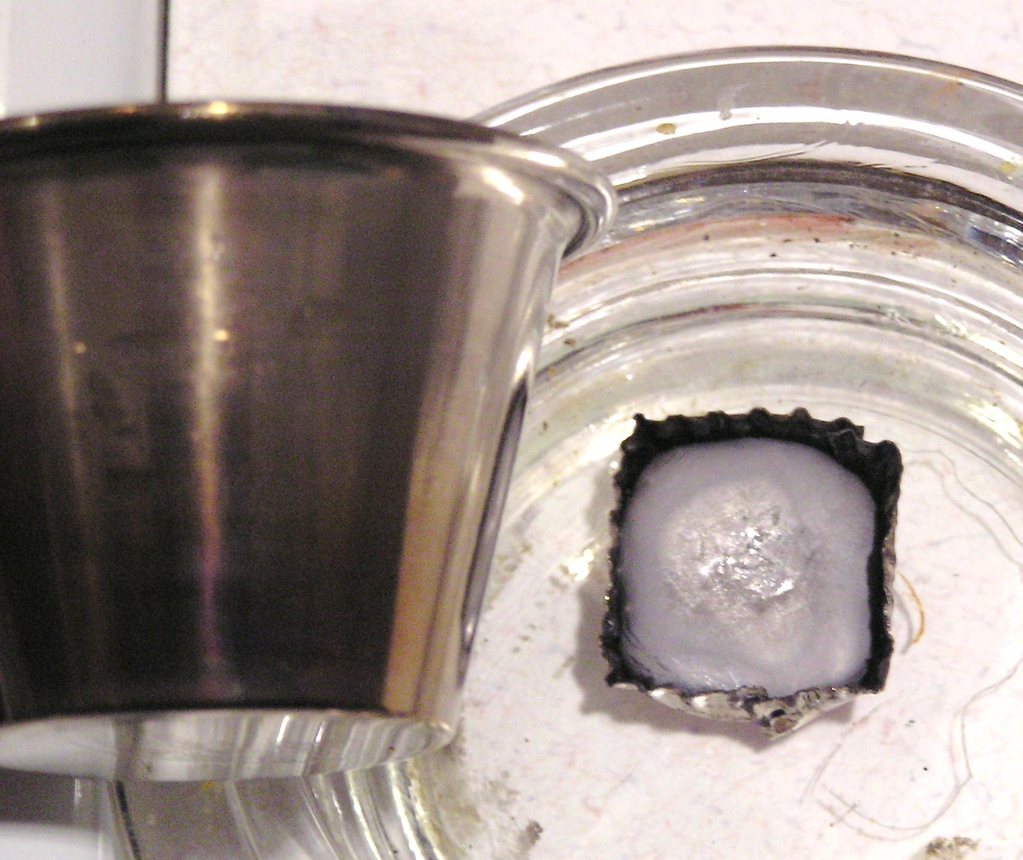 By the way, look at the color of the cup. If you borrowed it from your wife's stuff. You will get busted !

Once cooled , you can pull it out of the mold and shape it on a hard metal object. A vice for me and a tack hammer worked well.

Finally, everything was positioned with a bit of Blue tack and glued in place with two part Epoxy. Don't use Superglue as it reacts with lead and will swell and rupture the item over a period of time . 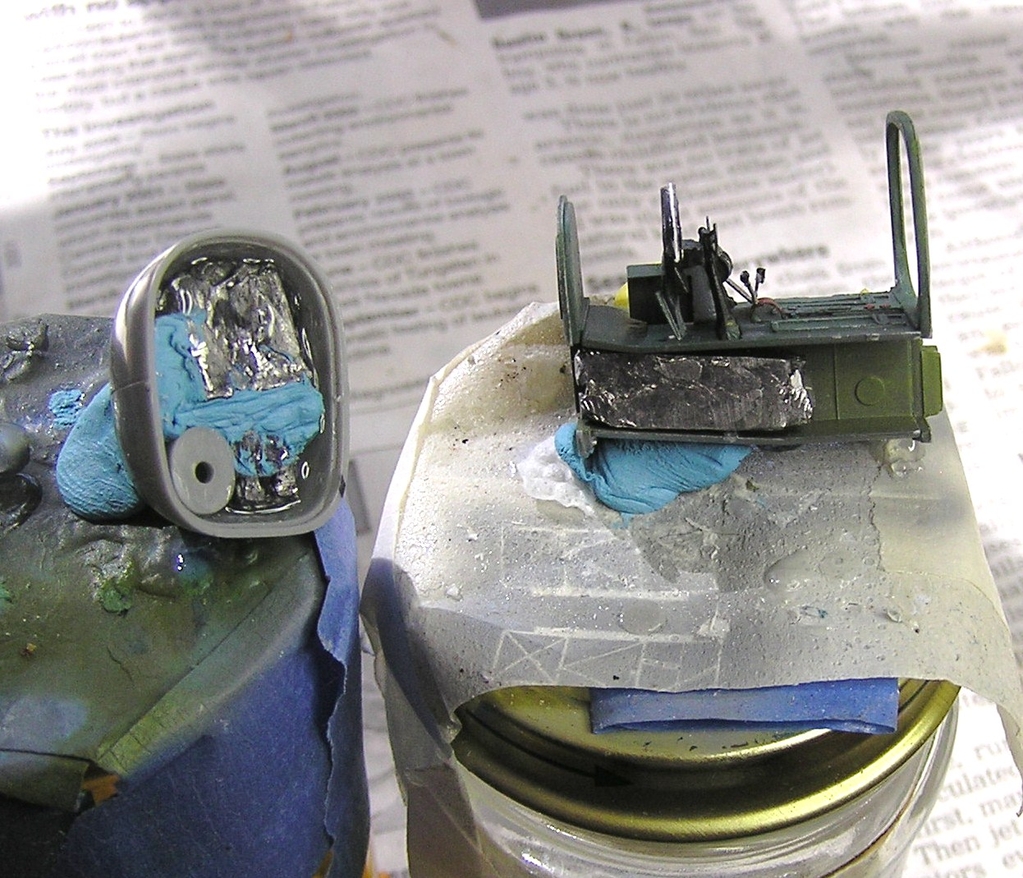 I have used lead quite a lot in models, and been in contact while working in a lead acid battery shop. I would like to ask everyone to please be careful with it. Here is a link http://www.ledizolv.com/LearnAbout/LeadHazards/LeadHaz.asp that explains the hazards. Lead can be a great tool, just please be careful, especially if you have never used it before.