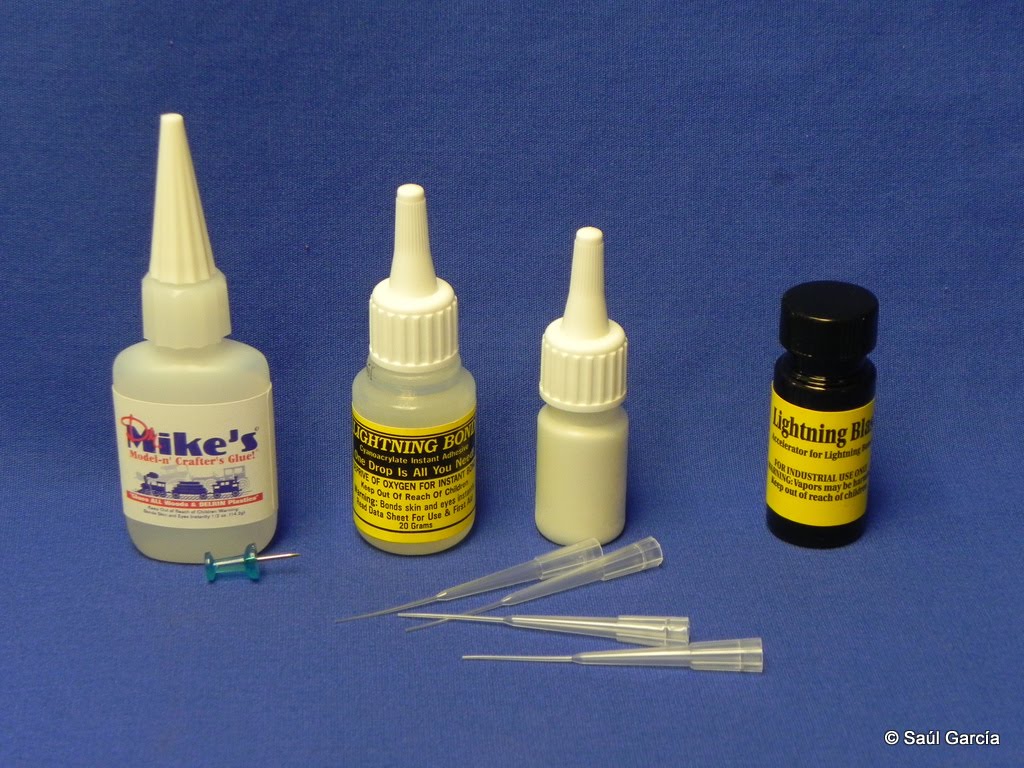 A review on glue?  Aren't they all the same?  What will make a difference?  Dr. Mike's Model-n' Crafters Glue is one of a series of products in their range.  The other items are Lightning Bond, Lightning Blast (accelerator), and Lightning Fill (filler).  Also seen above are four precision applicators. 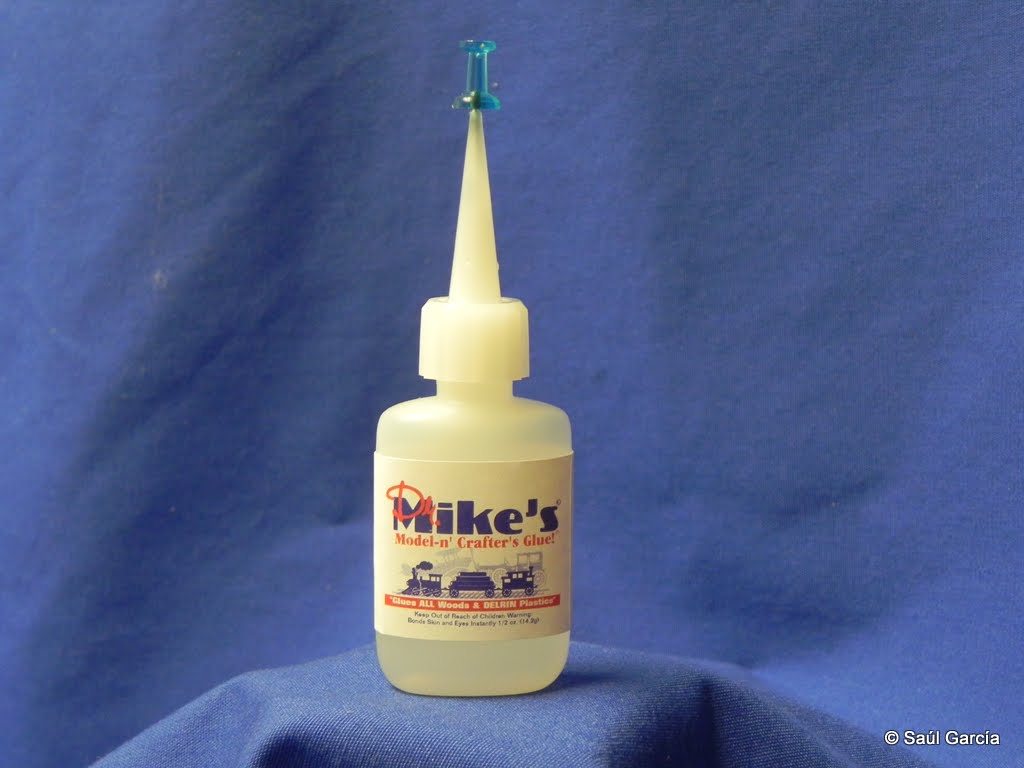 Those that know me are aware that I use a LOT of cyano-acrylate glue, a.k.a. Super Glue or Crazy Glue.  I buy a lot and throw away a bunch after they go stale, dry, or spill.  After trying a bunch of brands, I found only a few to be good and they still need to be replaced frequently, even with refrigerator and freezer storage.  Last, most people know me to be frugal, to a fault.

I went to Dr. Mike's web site and was surprised to see the price.  OK, I fell off my chair.  The glues are not cheap.  The guarantee is super strong so I bit the bullet and called.  After speaking to Mike (there really is a Mike there) he offered to send me the product line to review and test out his claims.  The package arrived very quickly and inside were the products you see in the first photograph.  Also included but not shown were sheets of papers with tips and getting the most out of the products.

On to the review!

First, I removed the white cap and threw it away.  Yes, the instructions tell you to toss it.  I then used the push pin (included) to open the tip and the push pin replaces the cap.

I normally use an ink drafting pen to apply glue. 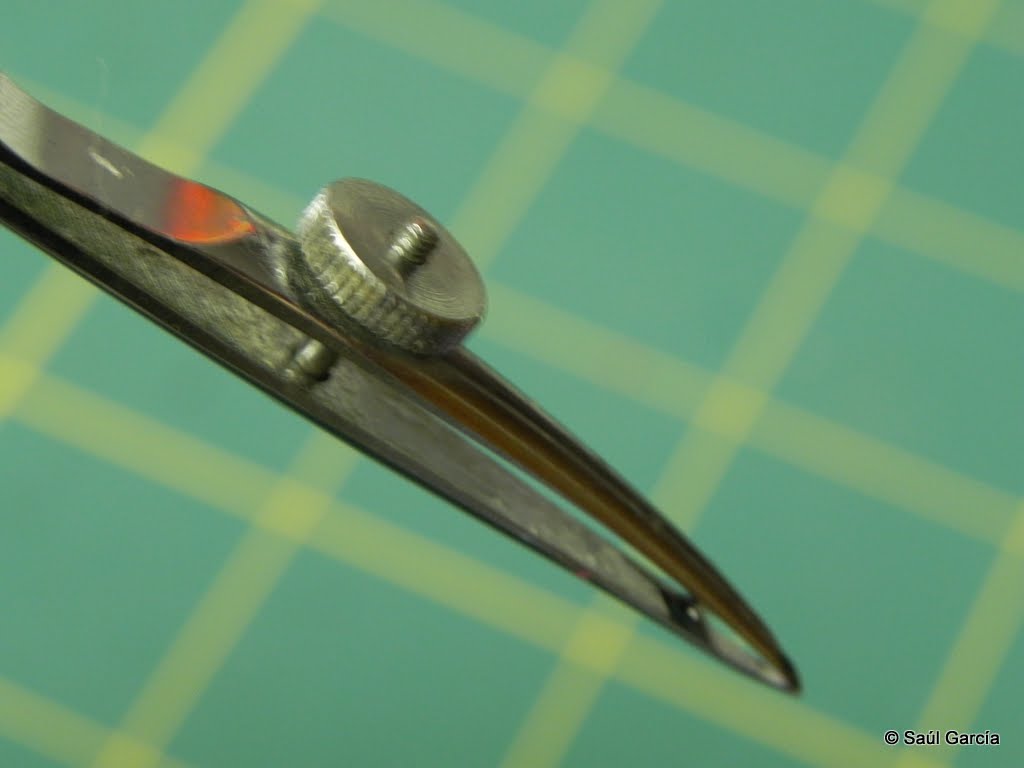 Note that I did not use my cotton cloth backdrop!  Cotton will heat up when a drop falls on it.  This exothermic reaction could even end up in ignition if enough of the product falls on it.  Reading the pamphlets and speaking to Mike, the main difference of his product over others is the purity.  While Mike did not mention it, 100% ethyl cyanoacrylate distilled a few times would be expensive to make.  Yet, what are the benefits?

Scraping off the glob of cement, I re-applied another dose.  The tip of the bottle wasn't clogged!

I decided to try the glue to repair a resin ejection seat I was sending out to someone to build.  The glue is extremely thin, akin to the Tamiya Extra Thin Cement.  I used my third hand tool to hold the parts together without a gap.  I touched the break joint and saw the glue run around the break.  I repeated it from the inside and let it dry ten minutes.  Removing it from the Third hand, I found it hard to see the break. 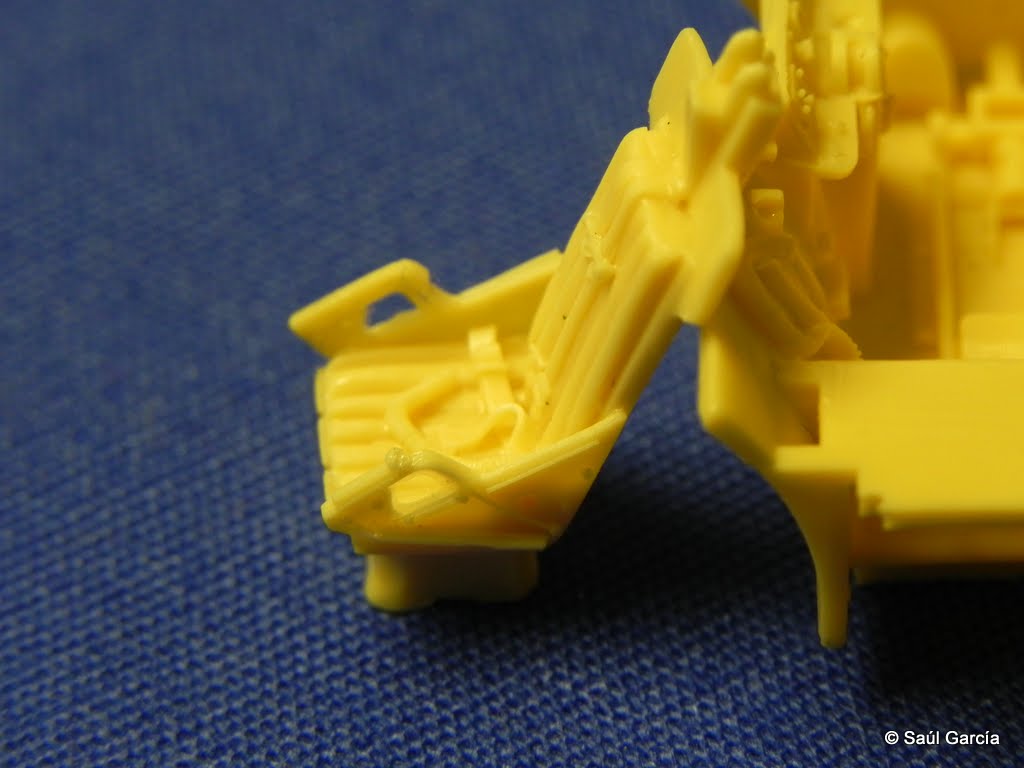 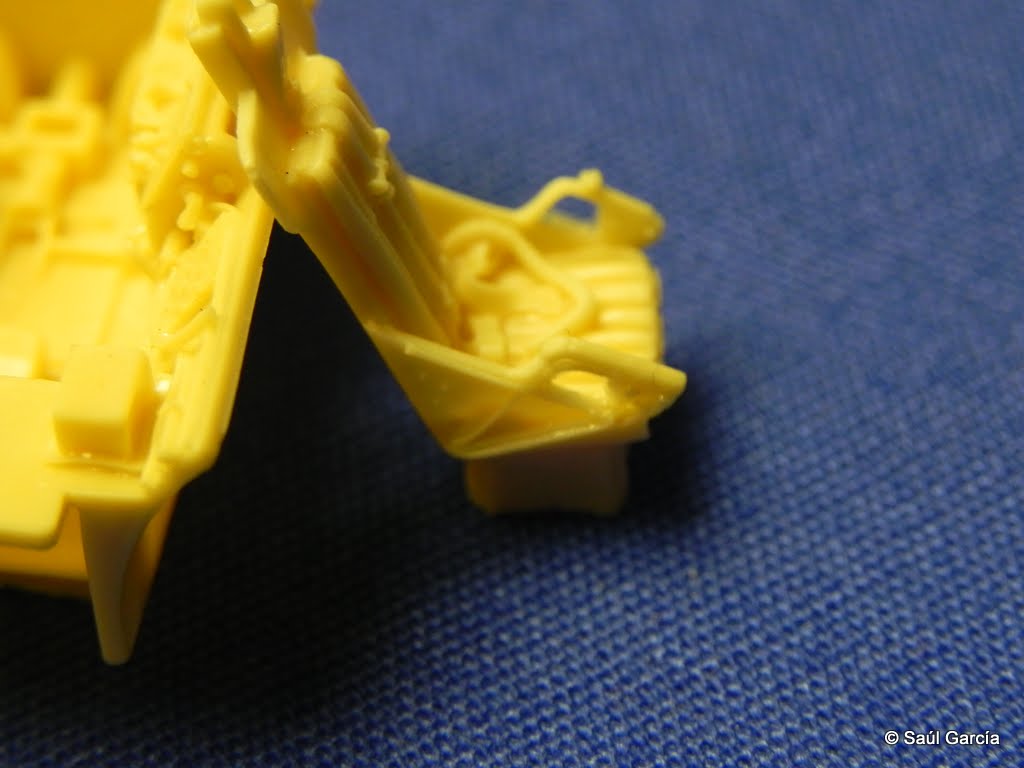 In the above photos, it is extremely hard to see that the right ejection seat handle had snapped off.  Care had to be taken to control the flow of the glue.  Yet, isn't this possible with all glues?  Yes.  While the viscosity is extremely low with this product allowing it to seep within the break of the seat, one could use a higher viscosity glue and clean off the excess that oozes out.  No cleanup was done for this repair.

Now the real test begins for which there are not photographs.  I left the uncapped glue open for two consecutive days.  The tip did not clog and the glue seemed as thin as before.  I used it on some photo-etched brass and it performed very well.  I then left the bottle uncapped for three days and returned to the workshop.

The tip had not clogged so I decided to try the cement on polystyrene, namely my Cuban M4A3E8 upper hull since I needed to move the lifting eye mounting holes further outboard: 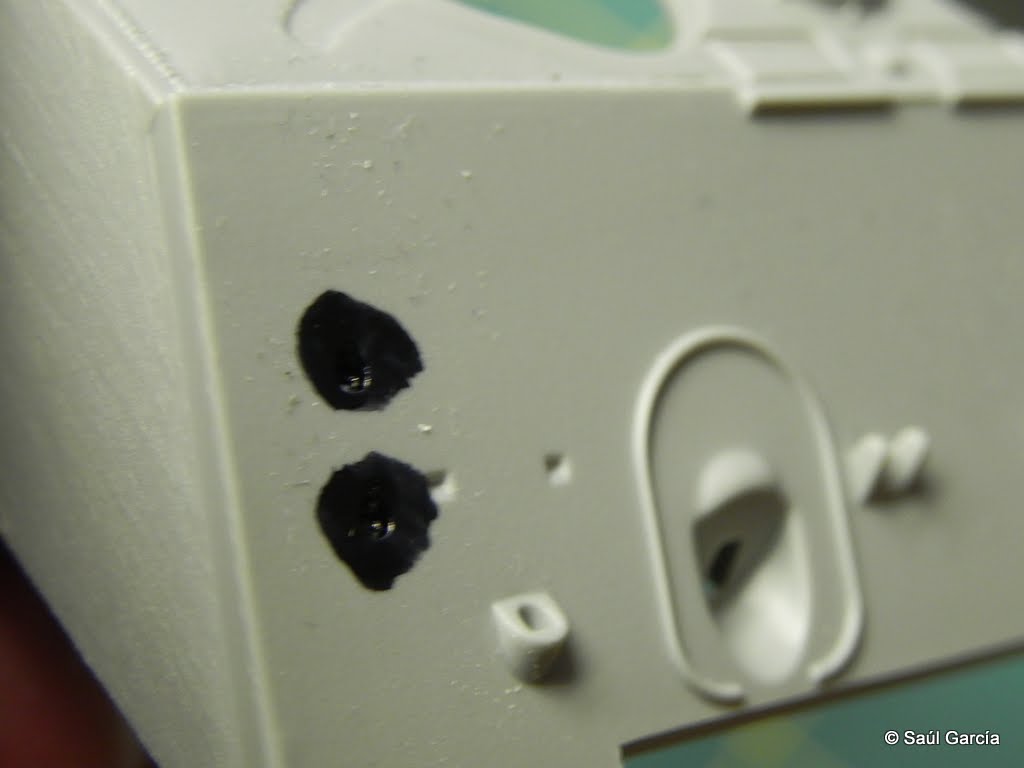 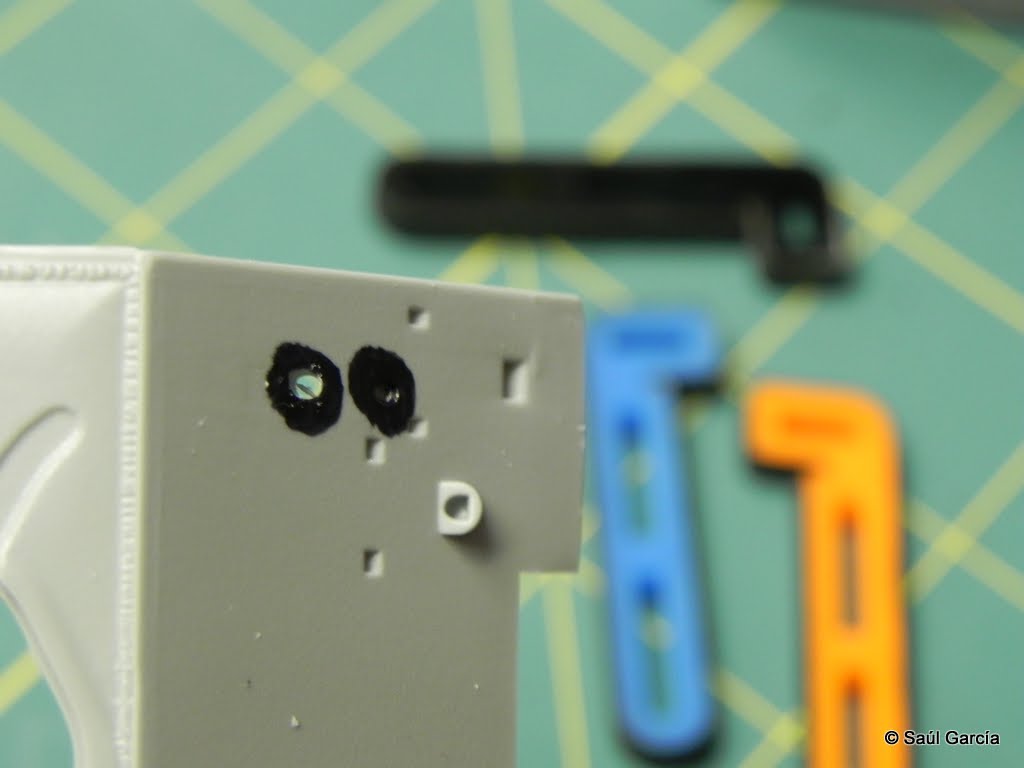 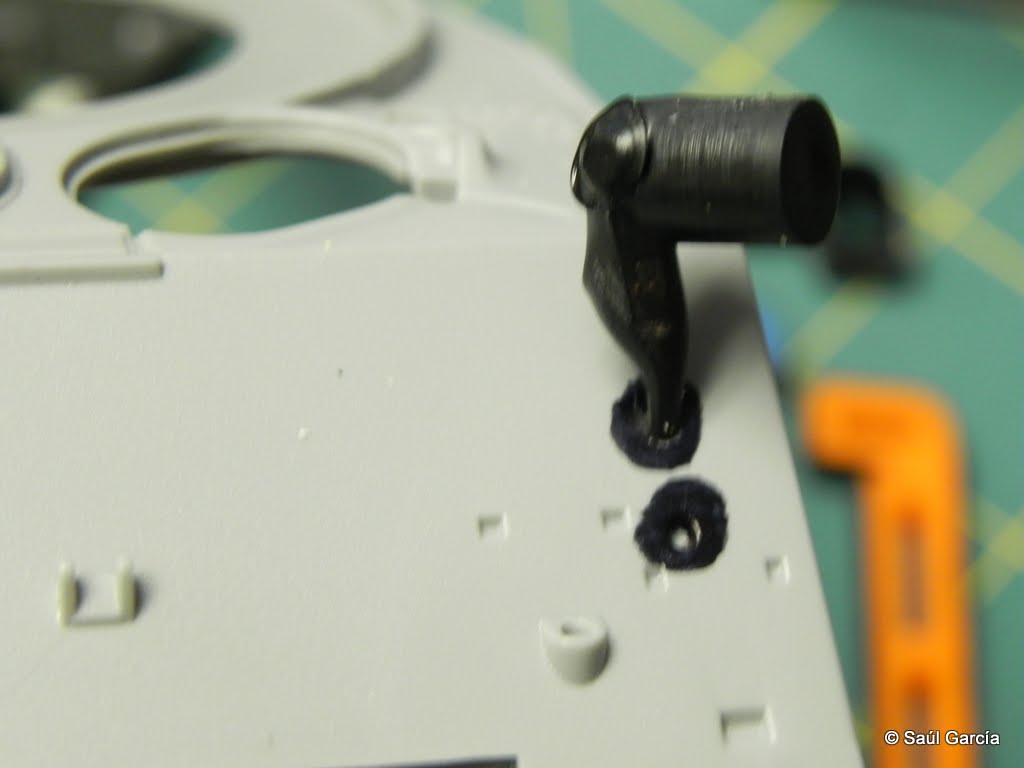 Stretched sprue added, clipped off, reinforced with Dr. Mike's glue, covered with cellophane tape.  After an hour, the tape was removed and the filler was then sanded down. 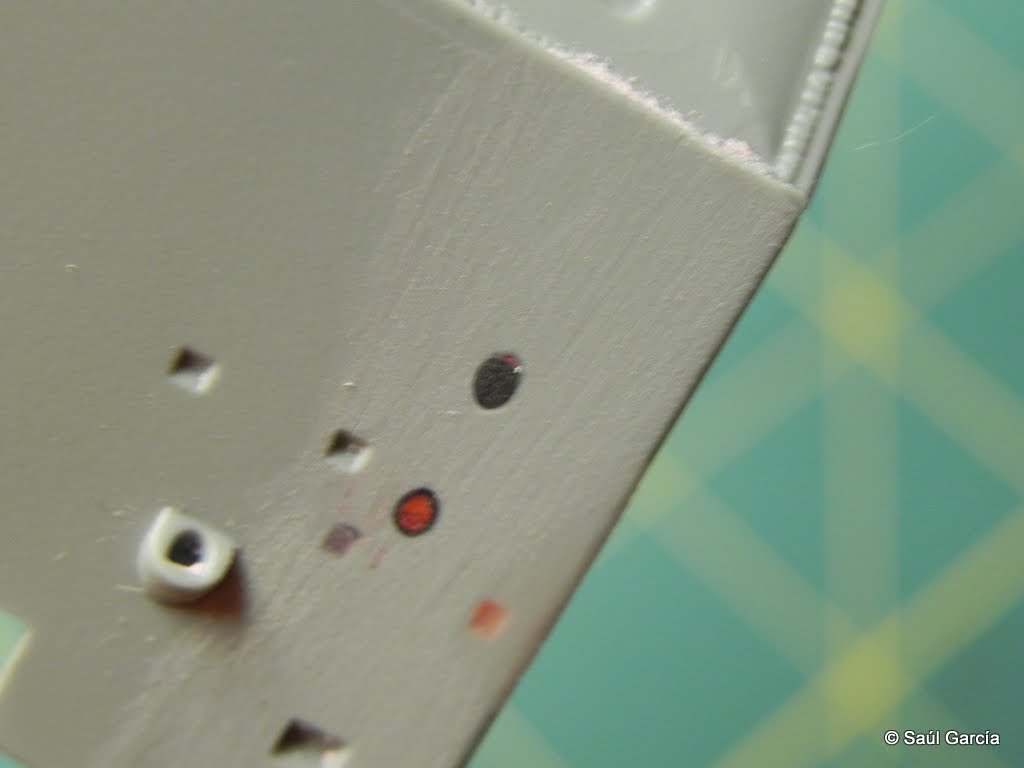 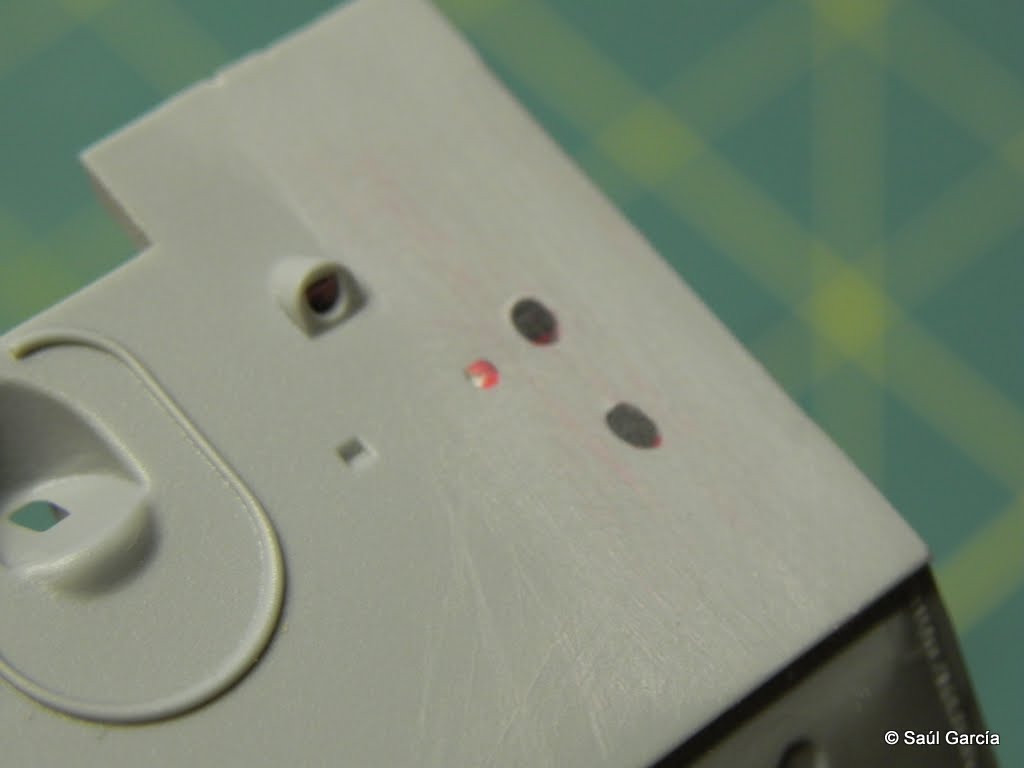 In the above photos, one sees what is expected, it filled the holes completely.  What one does not obviously see is that the cement, when covered by the cellophane, crept into the right headlight guard and filled it!  Since I planned to use photo-etched guards, this was a bonus.

I truly like the cement.  The price seems high but then, it has the No Dry Up Guarantee which does seem to work.  This alone means that I can use up the complete bottle without worrying about it thickening up then drying up.  while not part of the guarantee, I liked that the tip did not clog as the only way to clear it is to push the clog into the bottle with the push pin or snip the tip off making the opening too large for the push pin.  This does mean that I won't be replacing my $3 bottle of glue every month which will cost me more than the $11.95 asking price after only four months.

not mentioned anywhere but extremely important to me is the consistency of adhesion.  One can visit forums and see many people complaining about their cyano-acrylate gluing some items then not others.  I do believe the purity of this glue is what makes it perform consistently and that is something I have not had with cyano-acrylate glues.

Note that this is part one of two reviews.  Lightning Bond, Lightning Fill, and Lightning Blast is a separate system which deserves its own review.  I have found my new glue, the one to place stock in.