A pictorial study of German submersible tanks,Their units, and markings 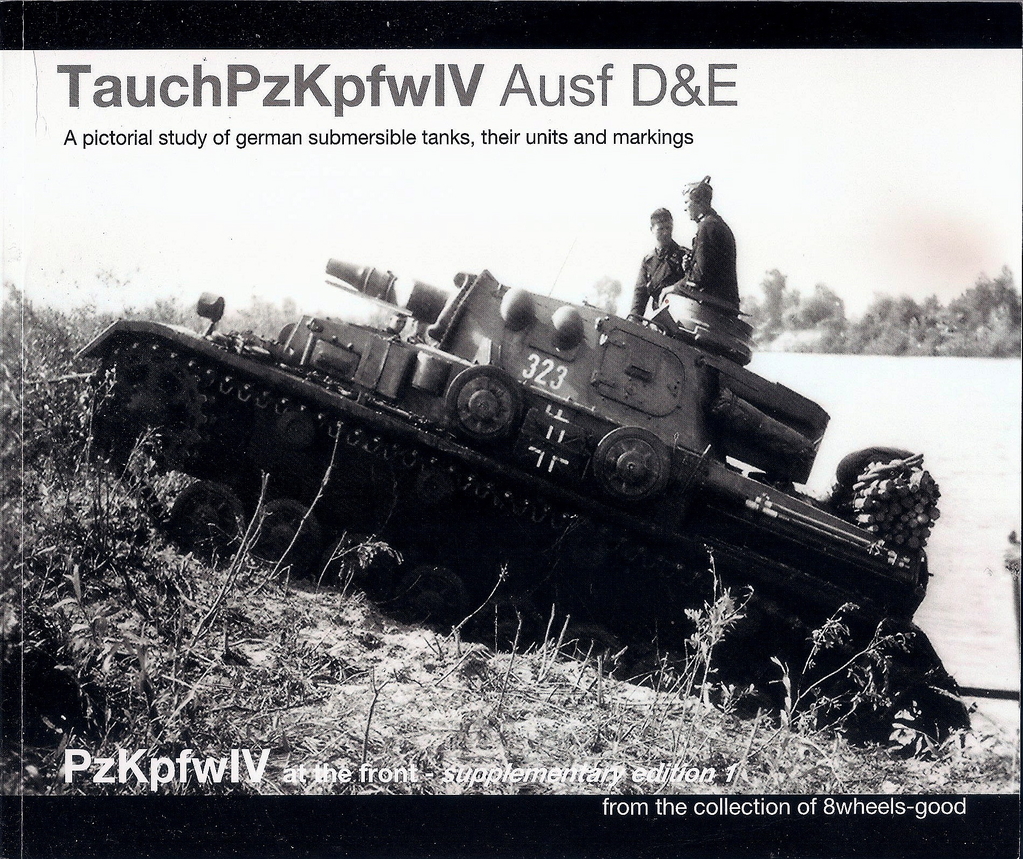 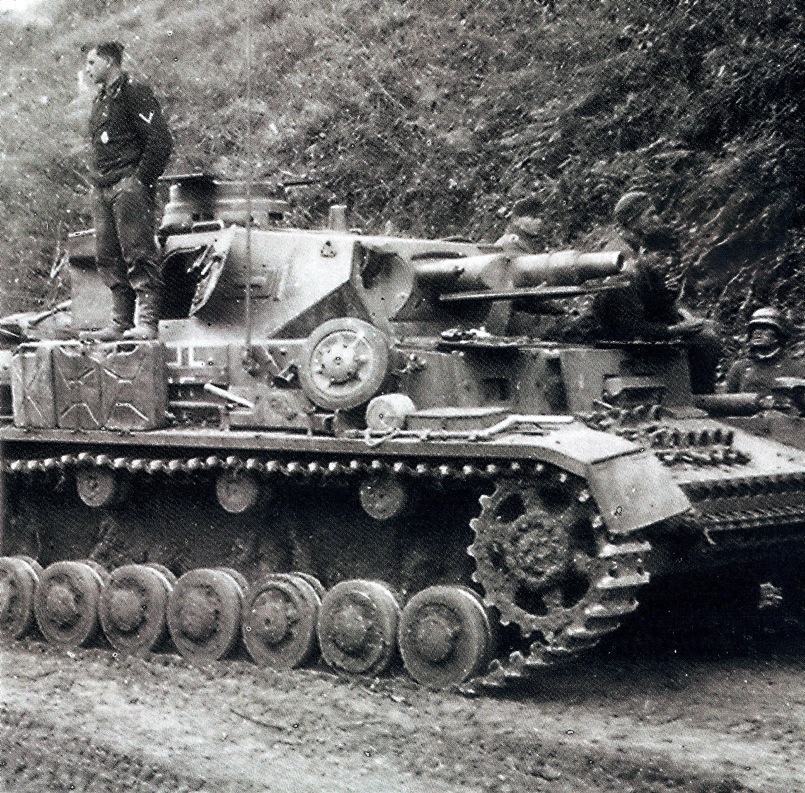 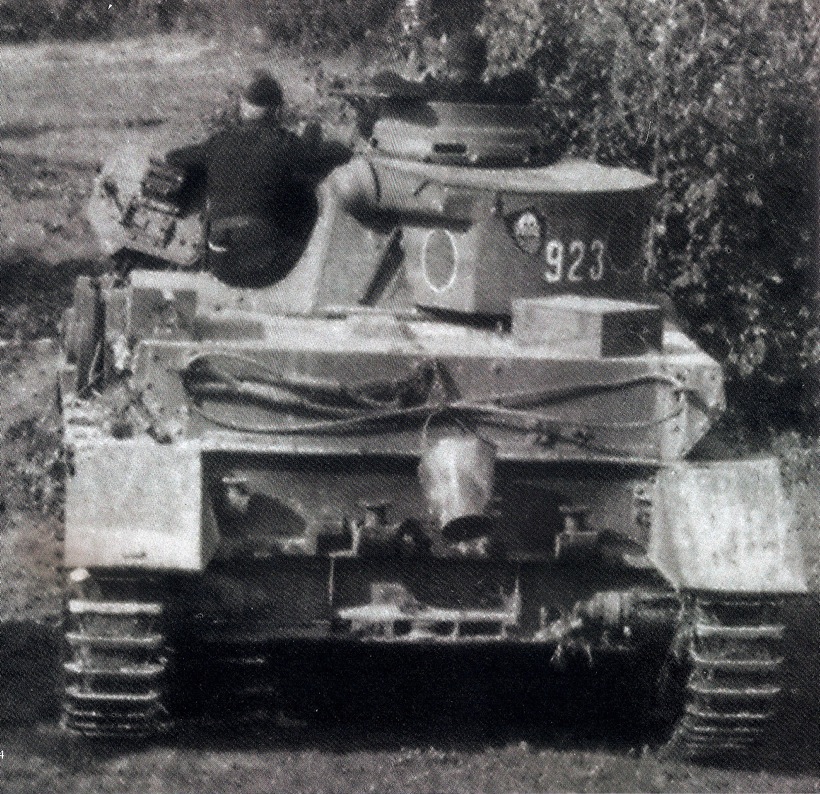 This is a supplement to their Pz IV collection of books,which is an excellant set of reference by itself on Germany's WWII workhorse - The Panzer IV . This particular book on this rare Panzer is in Landscape form and offers excellant pictures of both the Tauch Pz IV D & E , the divisions ( 18th,17th, 14th,10th,4th,& 3rd.PZ.Div's) they were allocated to and the markings they carried, giving the Armor modeler some concrete reference . Coupled with an excellant written history, this book is a tough one to resist and put down once in your hands. 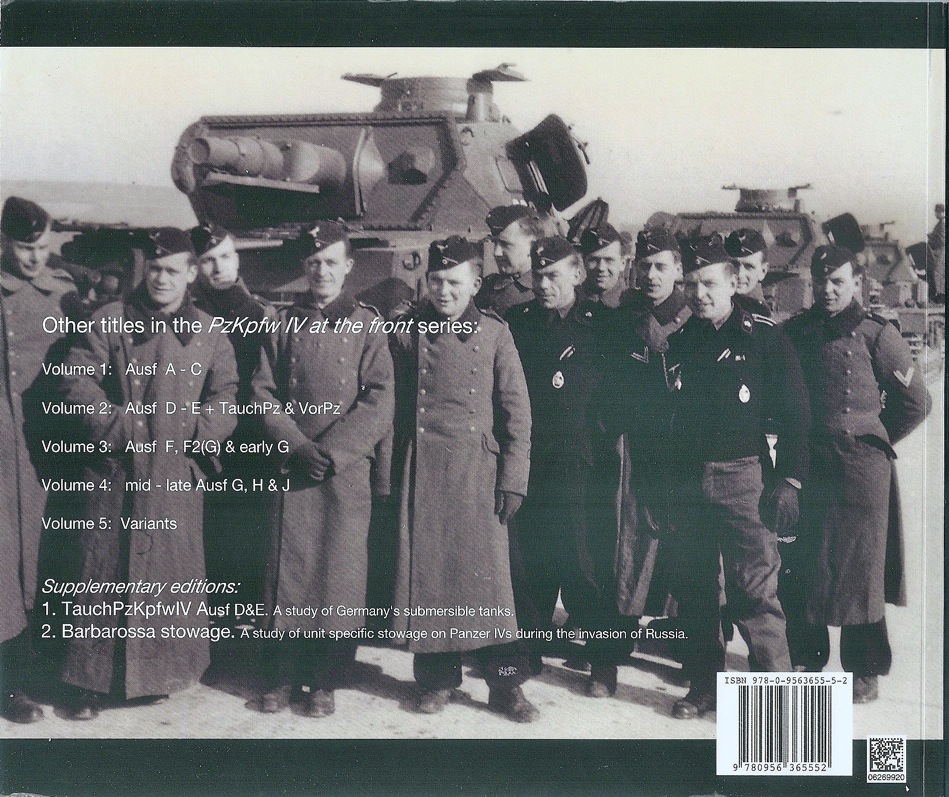 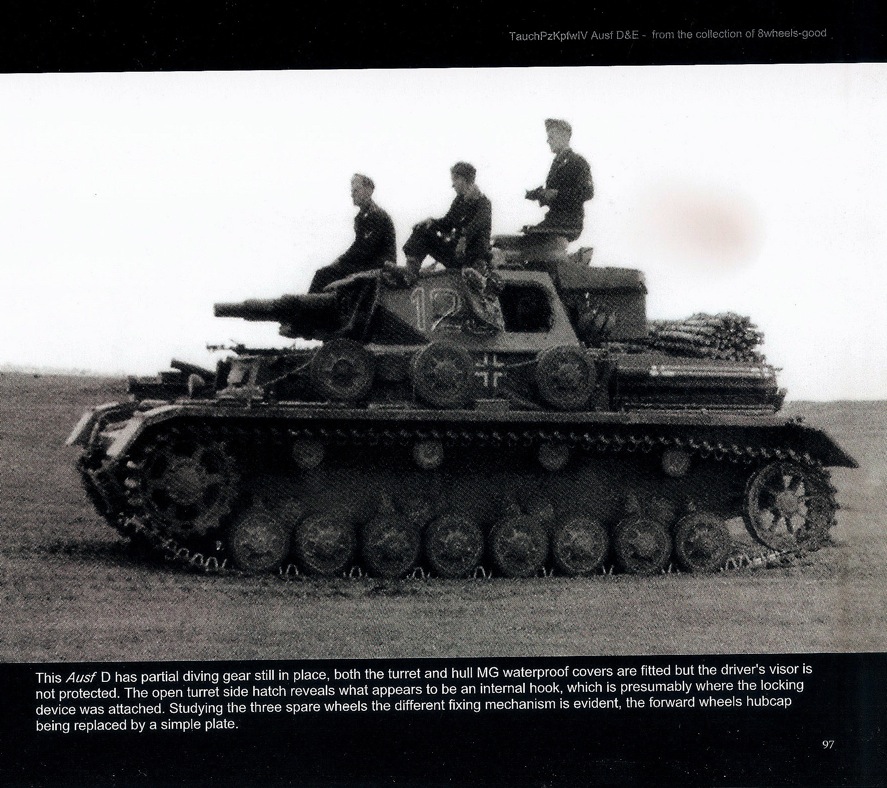 The book clocks in with 119 pages, over 130 photos, some of which were never published before.  It gets down to the nitty gritty with divisional symbols, unique unit arrangement of tools & exterior stowage, as well as a chapter of photos from the Editor/Modeler CRAIG ELLIS documenting two of his Tauch Panzer builds. With corrections and suggestions as you undertake your own build of the aquatic beast. This book, as well as the series, was put together with the Armor modeler in mind.

The pictures in this collection, all of them war time photos, were culled from personal collections and brought together into a very through history. You can follow the Tauch Panzer IV from it's inception for the Invasion of England, ill timed & ill fated Operation SeaLowe, to it's employment to the Ost front just in time to take place in Operation Barbarossa & the need to cross some of the Motherland's most majestic rivers.

If you have a Tauch PzIV kit in your collection collecting dust on the shelf, you have just been liberated, with a book that holds all of the information that you need. Dive in and dust off that kit.

I would like to thank 8wheels-good for this review sample.