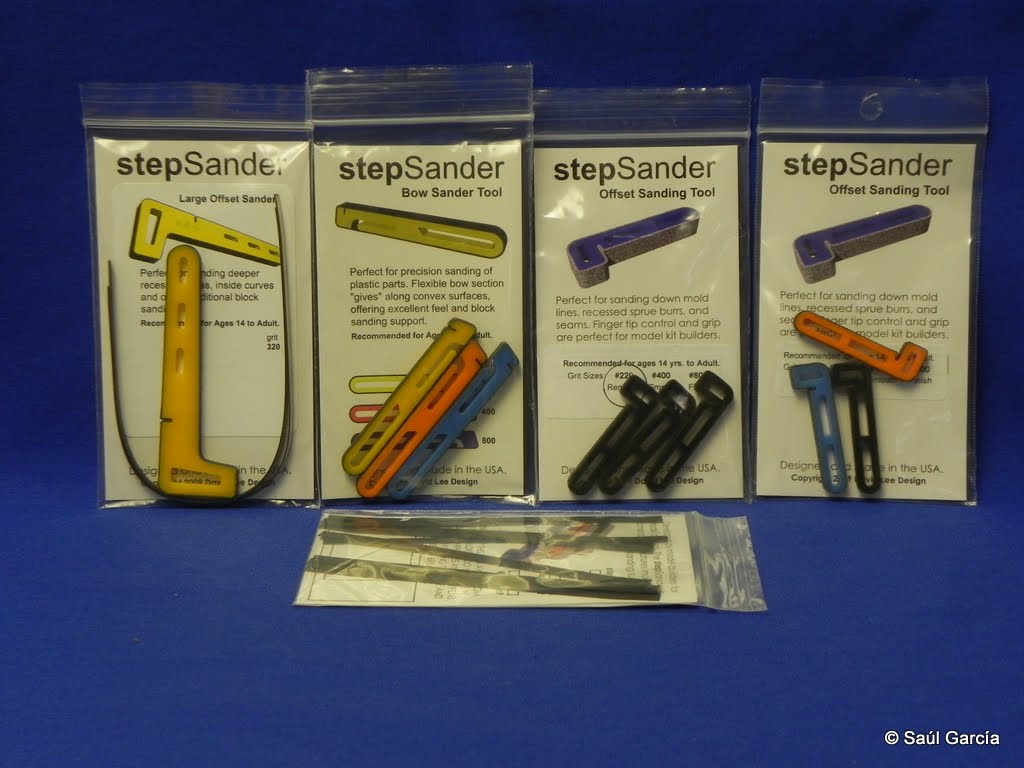 stepSanders, by David Lee Designs, aren't new to many modelers but they were new to me.  David Lee is a well known car modelers with many uploaded vidoes of his builds.  He introduced a line of tool, named stepSander, which he also shows how to use online in his videos.  Above, we see a selection from his line. 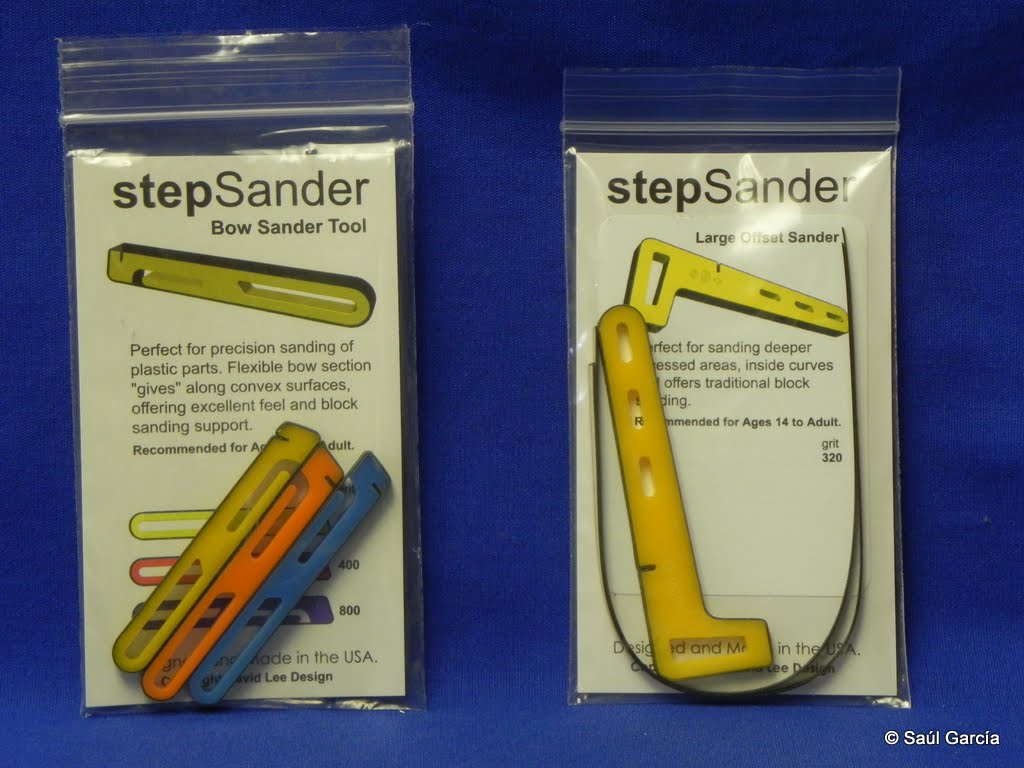 The Bow Sander tool has an open area which flexes while the rest is rigid.  The Large Offset Sanding Tool (with two 320 grit replacement belts) is a larger brother of the stepSanders I tried out as follow/ 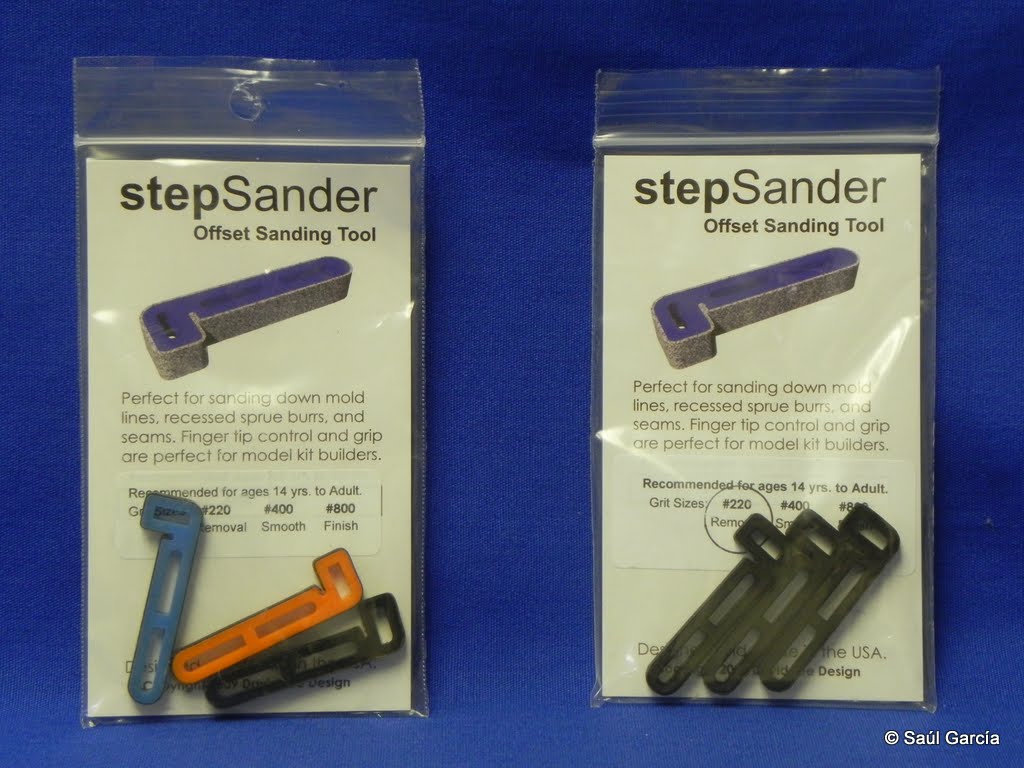 For this review, I opened up the variety pack and grabbed my Cuban scrap M4A3E8. 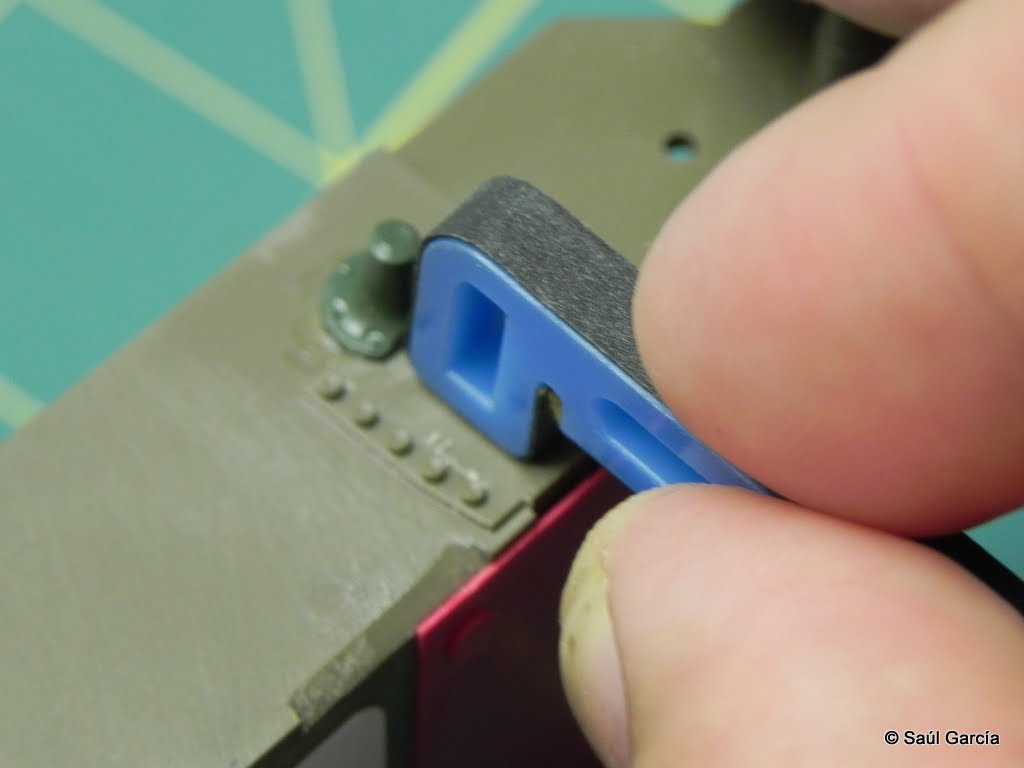 The Tamiya hull tub had some bogie mounting holes which needed filling.  Since these would still be visible after adding the Academy HVSS bogie mounts, I needed to make sure that the holes were no longer visible.  A thin layer of cyano-acrylate glue was applied and sanding was done with the 400 then 800 (as seen above) grit tools. 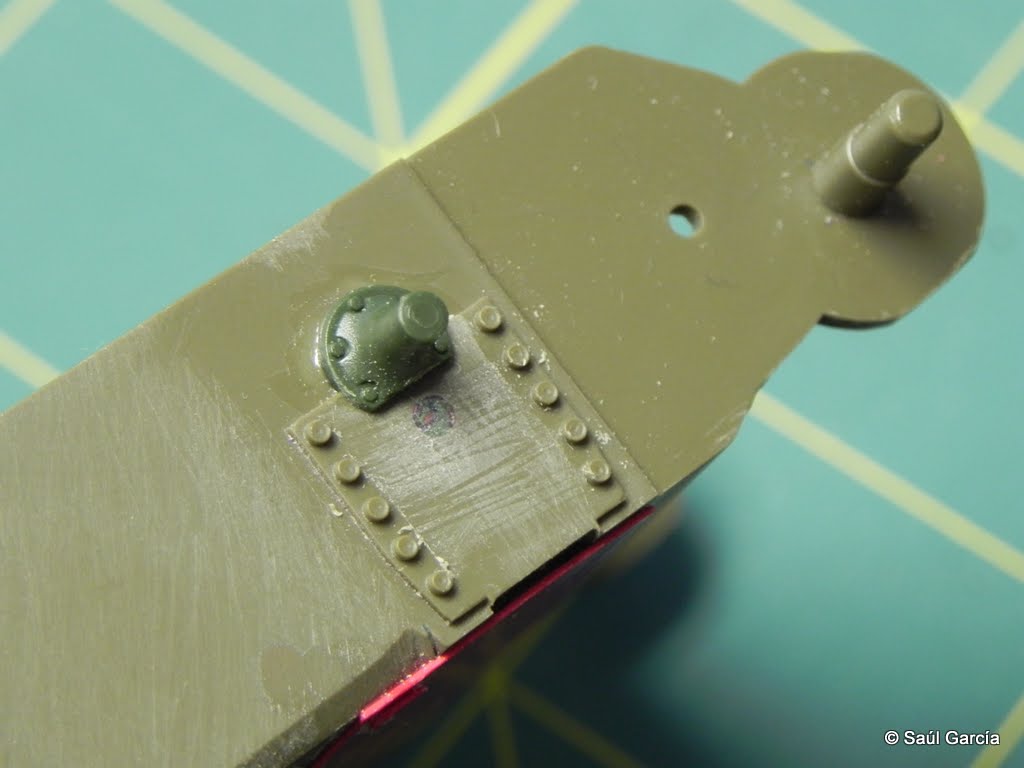 As could be seen, the sanding tool's offset head fit between the mounting plate bolts without damaging them.  The hard plastic of the tool allowed a good amount of pressure to be applied and the sanding grits did their work.

The end result on the tool is seen below: 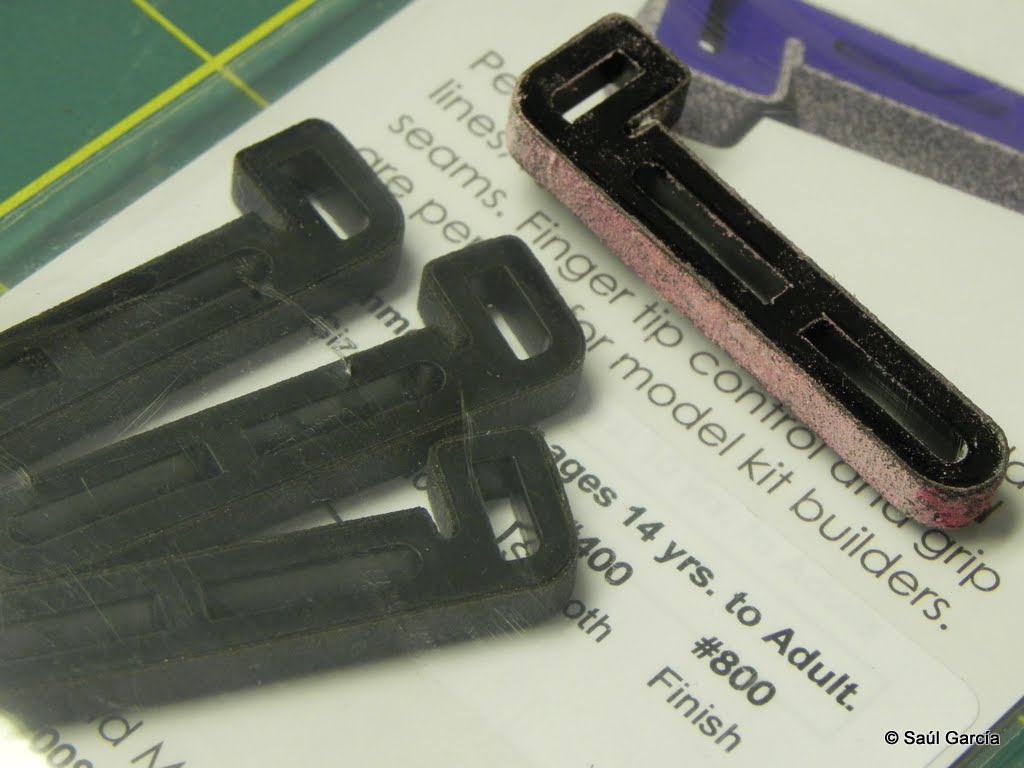 A dip in cold water with some scrubbing using a toothbrush from which I cut down the bristles to stiffen them and the tool was almost as clean as before! 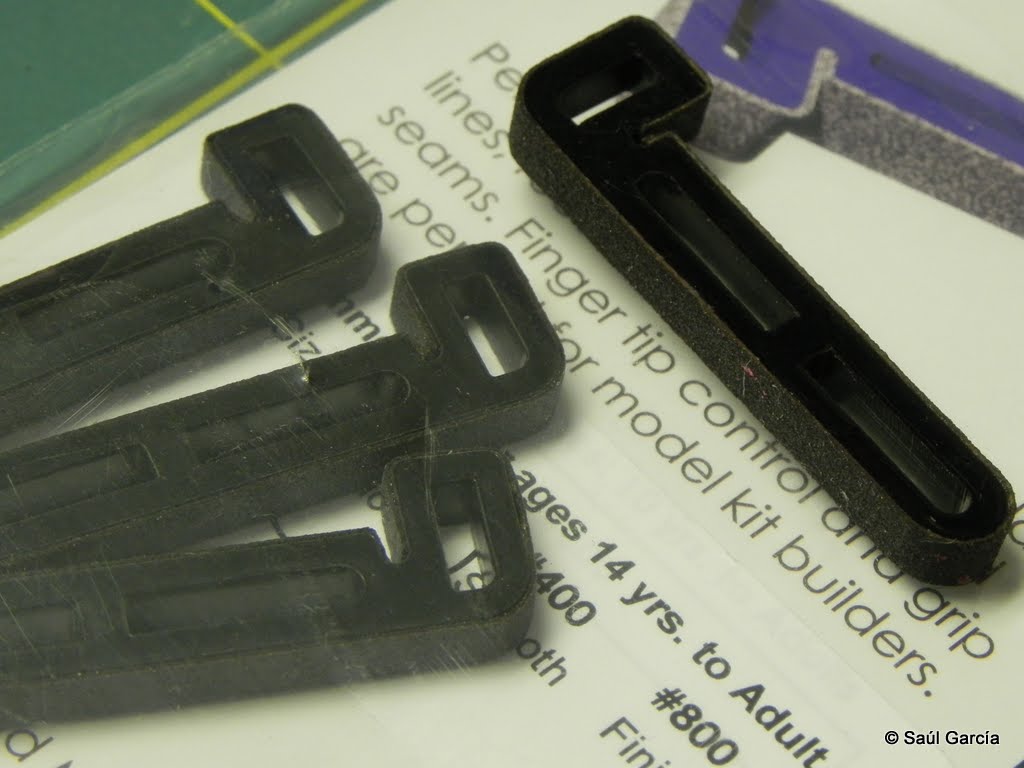 The photos were taken of the tool atop the set of three so that no one can think that the tool was swapped.

So far, this tool is great and the sanding film is aggressive.  Be careful as I found out I removed too much material from the Dragon Upper Hull so work slowly.  I found myself rotating the tool to use all the various surfaces of the sanding film.  The clean up was easy so the sets are good values.

I will be adding to this review at a later time as I try out the sanding tools on an aircraft model where the curvature of the forms can be the test bed for the bow sanding tool.

To order, buy directly from stepSanders.