Overview Discussion
A discussion on Jagdpanzer 38 wheels may be in order as I see many modelers confuse and mix them.
The Jagdpanzer 38 was designed to be completed in the same plant that assembled the Pz.Kpfw. 38 (t) tanks and Sfl. 38 (t). They used several parts at the start of production. Idlers and curling tow hooks are recognizable on early production Jagdpanzer 38. On the turreted tank, the central disks of the road wheels were part of the armor. The new Jagdpanzer had larger wheels so, in order to use the existing armor steel wheel disks from the turreted tank, a deep collar was used to bridge the difference to the rim and tire (see photos). Early road wheels used 32 bolts & nuts to fasten this rim to the disk.

This was changed during production to rivets. Later, during production, the 32 rivets were cut in half to only 16. When larger diameter disks became available, the collar became shallower. With less fasteners (and the war over) welds were added between the disk and rim to increase the service life of the road wheels.
After the war Skoda delivered some of the later G13 to Switzerland with all welded wheels.

NOTE: that this text was reviewed by Hilary Doyle, of Panzer Tracts.

First Type
This is the road wheel of an early JgdPz 38 with the deeper collar which was bolted to the armored disk with 32 bolts. This sides shows the nuts with bolt threaded section protruding. This is the inner side view of an early JgdPz 38 road wheel with the deeper collar which was bolted to the armored disk with 32 fasteners. This side shows the bolts and that the armored disk does not reach the rim and tire part. 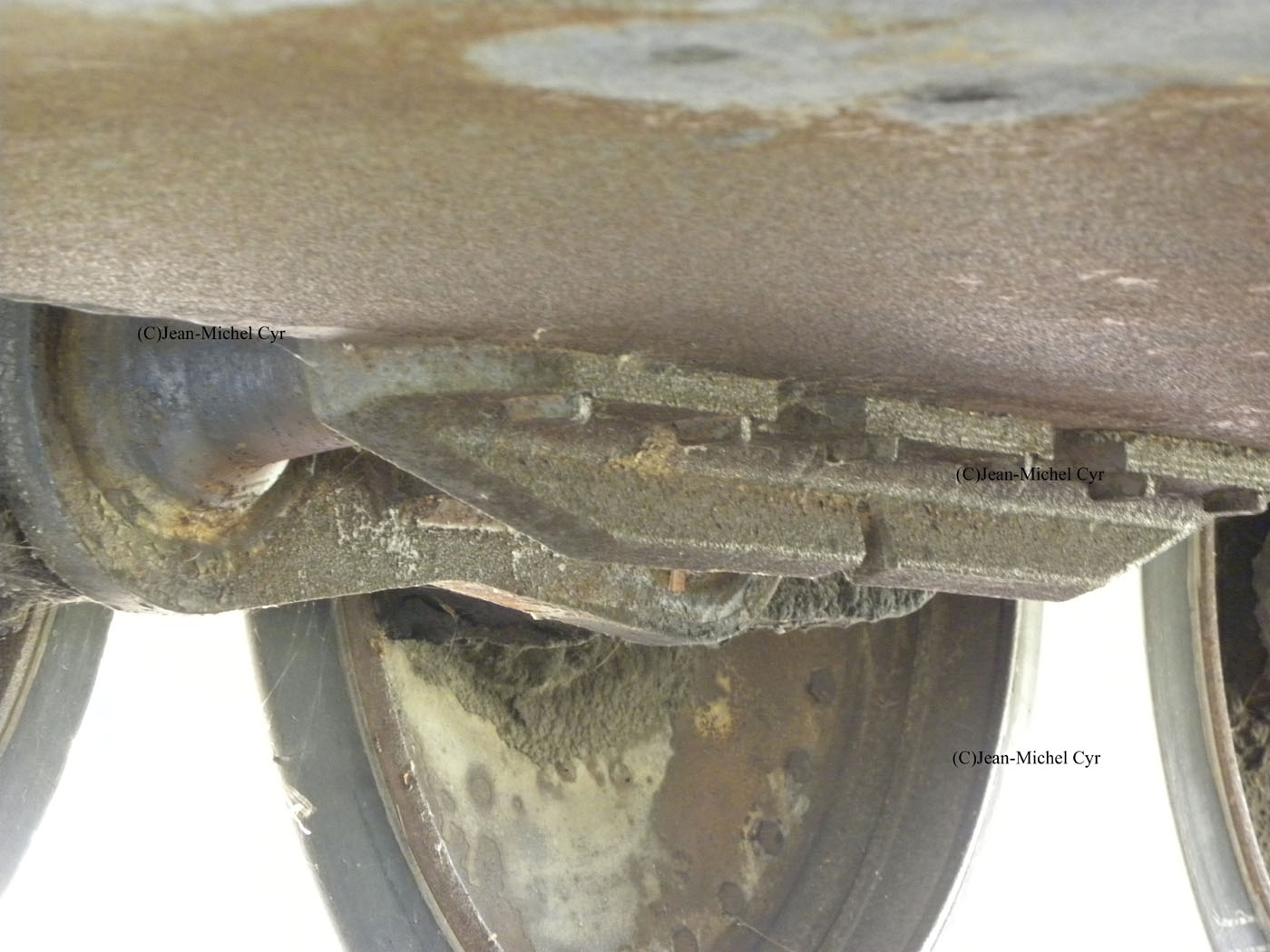 A view of the Jagdpanzer 38 Starr prototype (Jagdpanzer with gasoline engine) with Hitler looking at the mockup. Note that it is missing its mantlet and the hull used still has the curled towing hooks adapted from the Pz.Kpfw. 38 (t). The gun barrel is unpainted.
We see the early perforated tool box with the high stalk mounted convoy light, twelve-hole idler, straight skirt armor (ends not bent inwards), early road wheels (first type) with deeper collar to use standard Pz.Kpfw. 38 (t) road wheel disks as a base, yet a solid drive sprocket wheel.

Second Type
Here is an early JgdPz 38 with a late road wheel (third type) as replacement on the second (from front) port side. Prague Uprising, 1945. 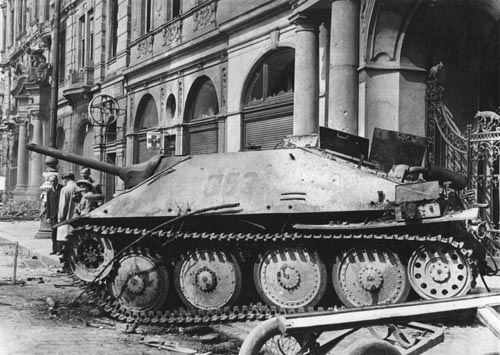 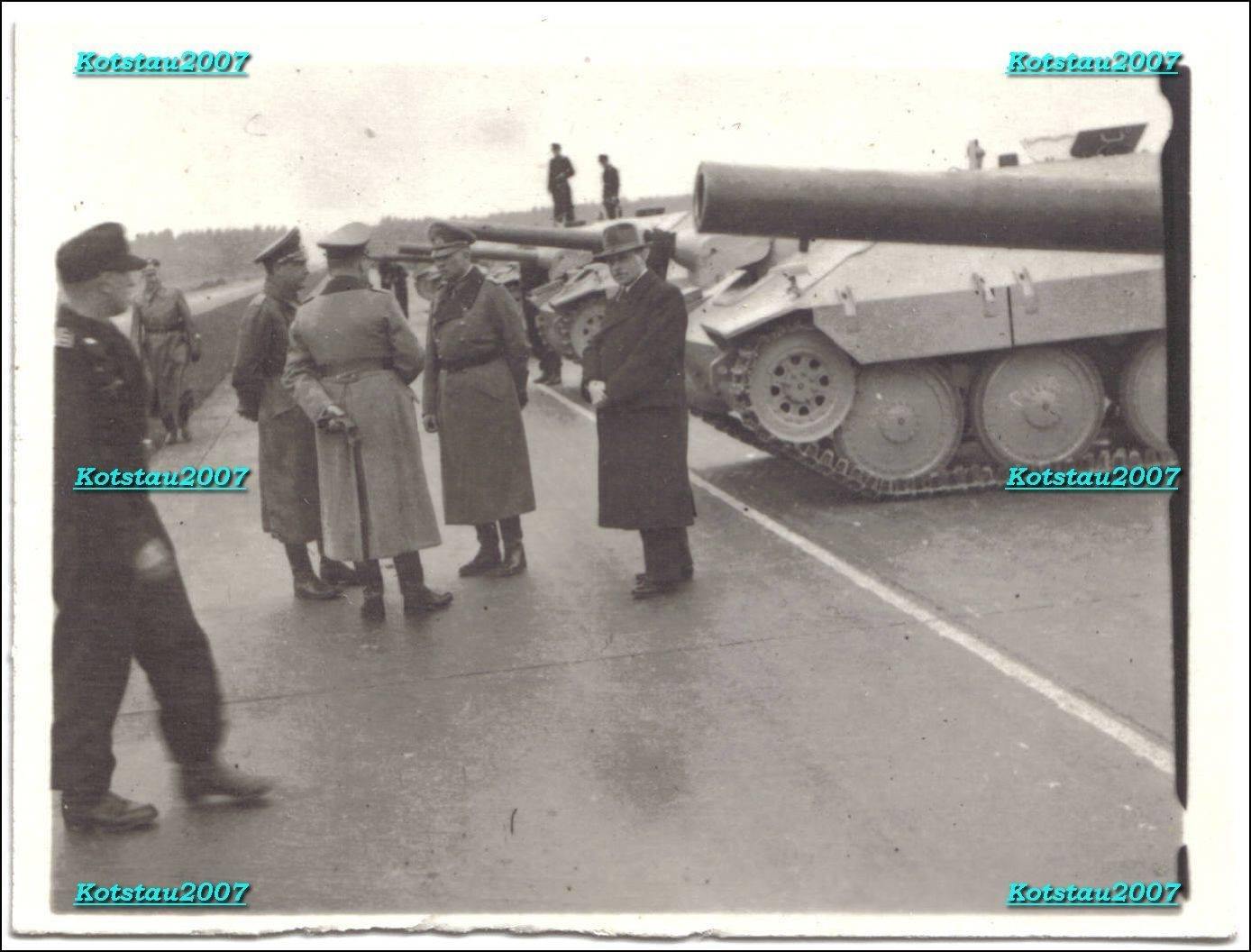 ...another view to see the idler: Fourth Type
This is the outer view of a late JgdPz 38 road wheel with the shallower collar which was riveted to the armored disk with 16 fasteners. Photo was taken at Aberdeen Proving Ground's museum. This is the inner view of a late JgdPz 38 road wheel with the shallower collar which was riveted to the armored disk with 16 fasteners. Note that the armored disk reaches closer to the rim and tire. Photo was taken at Aberdeen Proving Ground's museum. 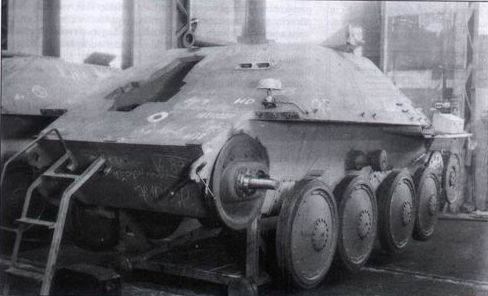 This JgdPz 38, from a Russian museum, has the same wheel set visible as used by the JgdPz 38 Starr diesel prototype, including the idler. An anomaly, a roadwheel with reduced rivets and a deeper collar (marked red 2 below):
Main photos shows two types of wheels on one JgdPz 38 as occurs during replacement. Note that the one marked red 2 is an earlier one since it has a deeper collar than those marked red 1. The inset shows the Jagdpanzer 38 Starr prototype with diesel engine. Only one was built and it has the red 1 type wheels all around with a rare idler with pressed ribs. Fifth Type
Jgd.Pz. 38 wheel with reduced rivets. Note that this one was eight sets of weld beads between the collar and disk. This seems to have been done to increase the life of the wheels and is seen on many museum displays and all G-13 except those with all welded wheels. I've yet to see this type clearly in a war photo. 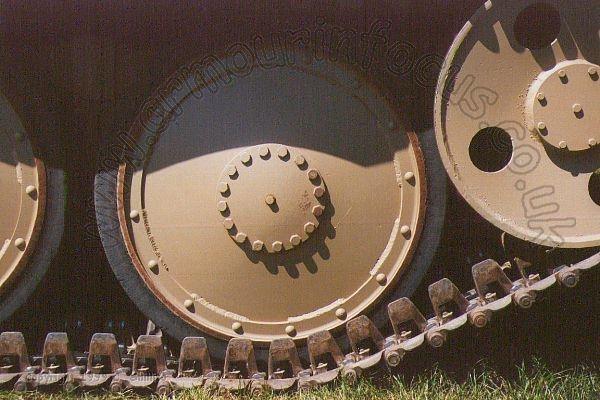 Sixth Type
These are post-war all welded wheels delivered for the G-13. Thanks Hilary! 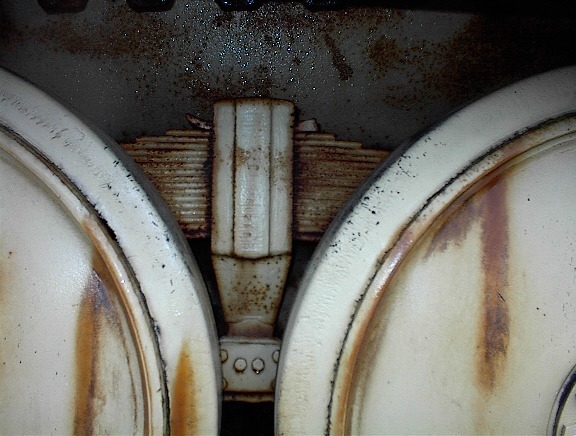 I hope this helps many with their models.