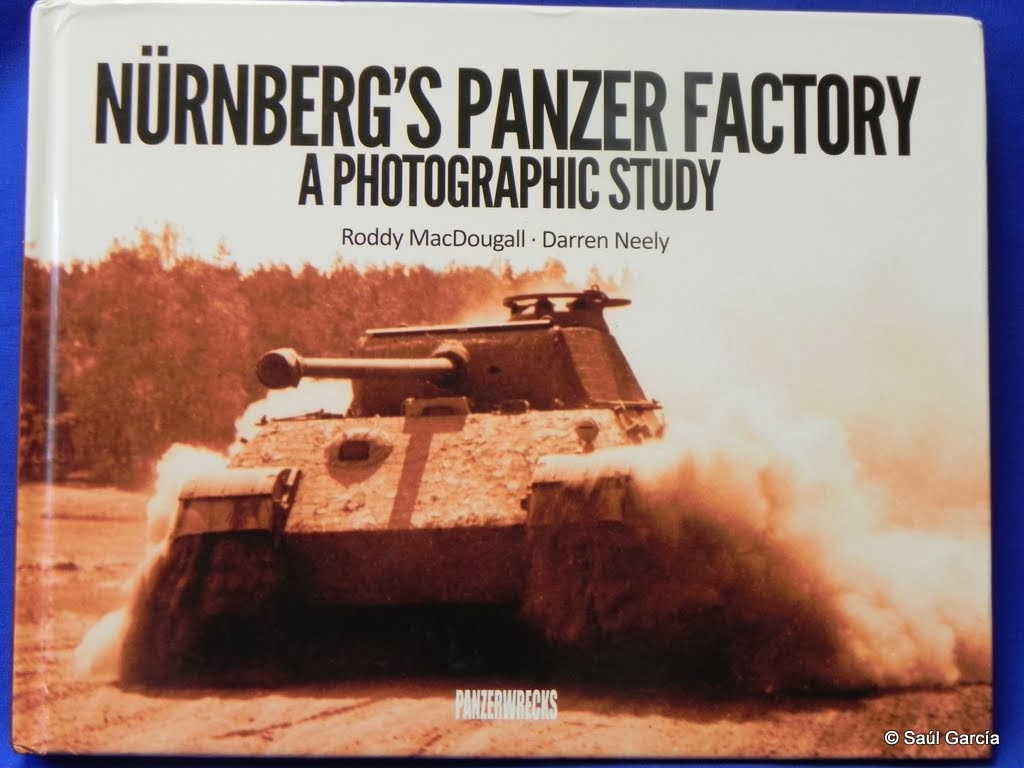 I rarely go to shows.  However, whenever I do, I head straight for the vendors to meet up with old friends.  Most of the time, I could be found with authors and booksellers as I am always keen to add to my reference library.  As such, I got to know Tom Jentz, Bill Auerbach, and other well.  Tom Jentz had his Panzer Tracts series and Bill's Panzerwrecks were always bought sight unseen since I knew what to expect.

With Tom's passing, I haven't seen anything new from either publisher until this Fall when Panzer Tracts resumed and I was then surprised with an envelope from Panzerwrecks.  It was a heavy and well packaged envelope and I was really surprised to find a hardcover inside.

In the usual landscape format, inside were 224 pages with 223 large format photographs, a separate folded map, and limited text.  The authors on the cover are familiar to me from their posting on another web site and I knew it would be well researched.  The cover photograph, plus the familiarity of the subject to one of the authors, made me think the book was about the PzKpfw V Panther but it is far more. 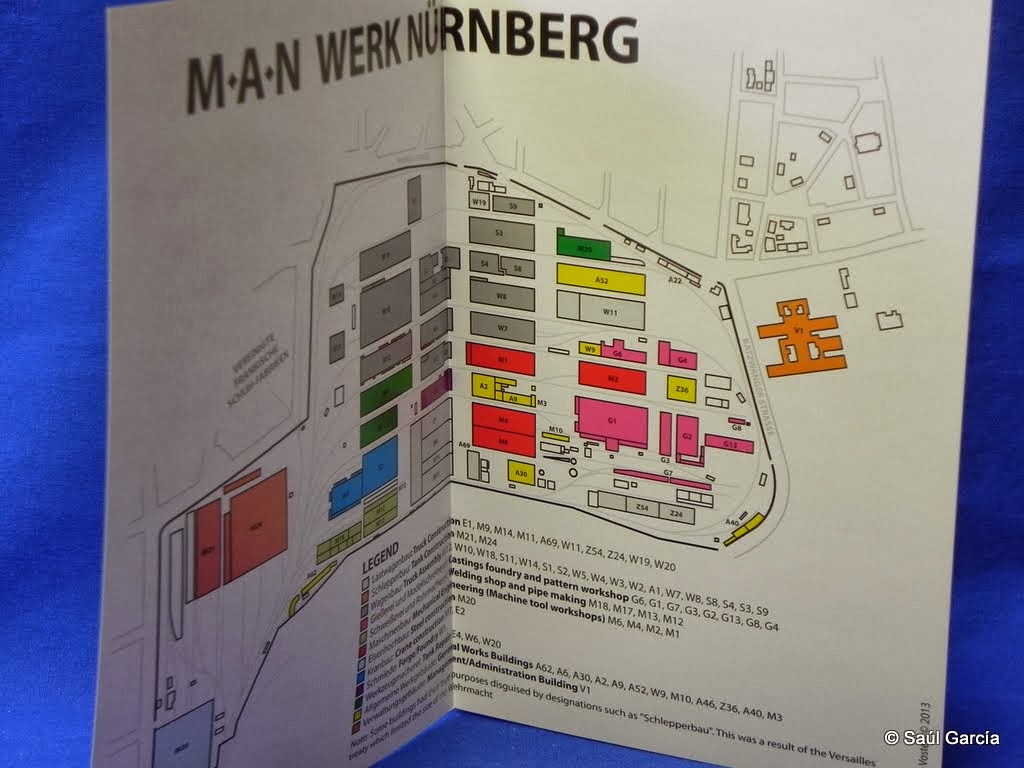 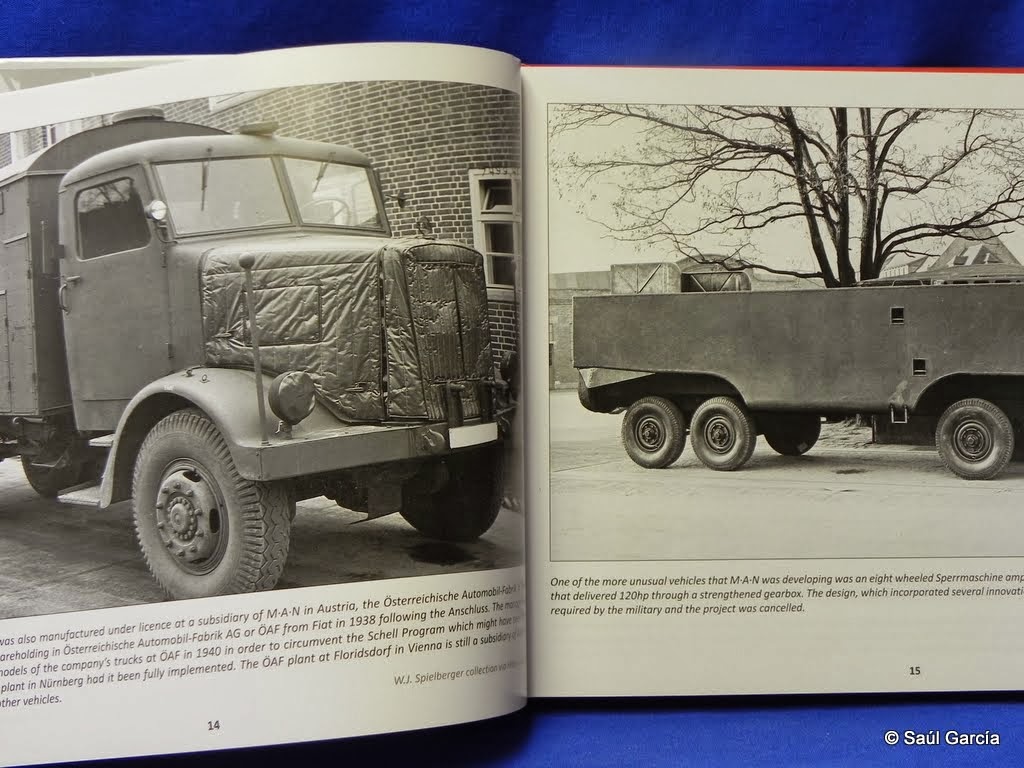 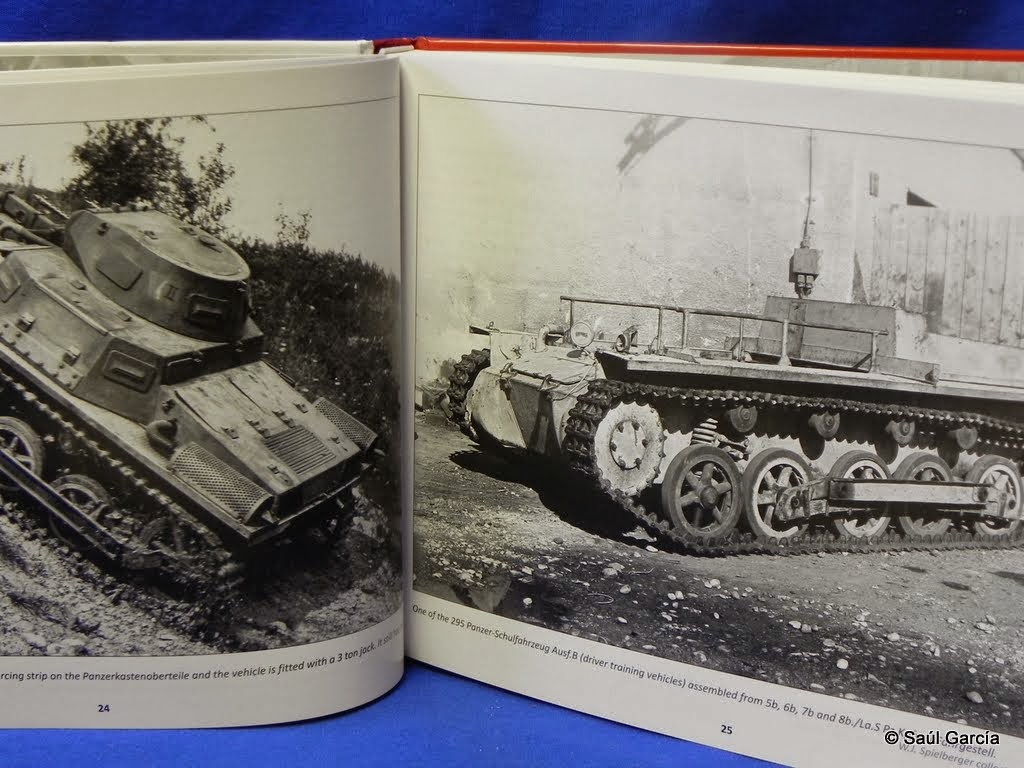 Preparing myself a cup of coffee, I sat down and began reading from the beginning.  At the front is a dedication to Tom Jentz.  I knew that the Panzerwrecks and Panzer Tracts teams were close and this was a fitting tip of the hat to one of the pioneers on publishing accurate information on German WWII vehicles.  Then I read a foreword by Hilary L. Doyle, the other original member of the Panzer Tracts series.  His opinion means a lot to me and his words on this book raised my expectations. 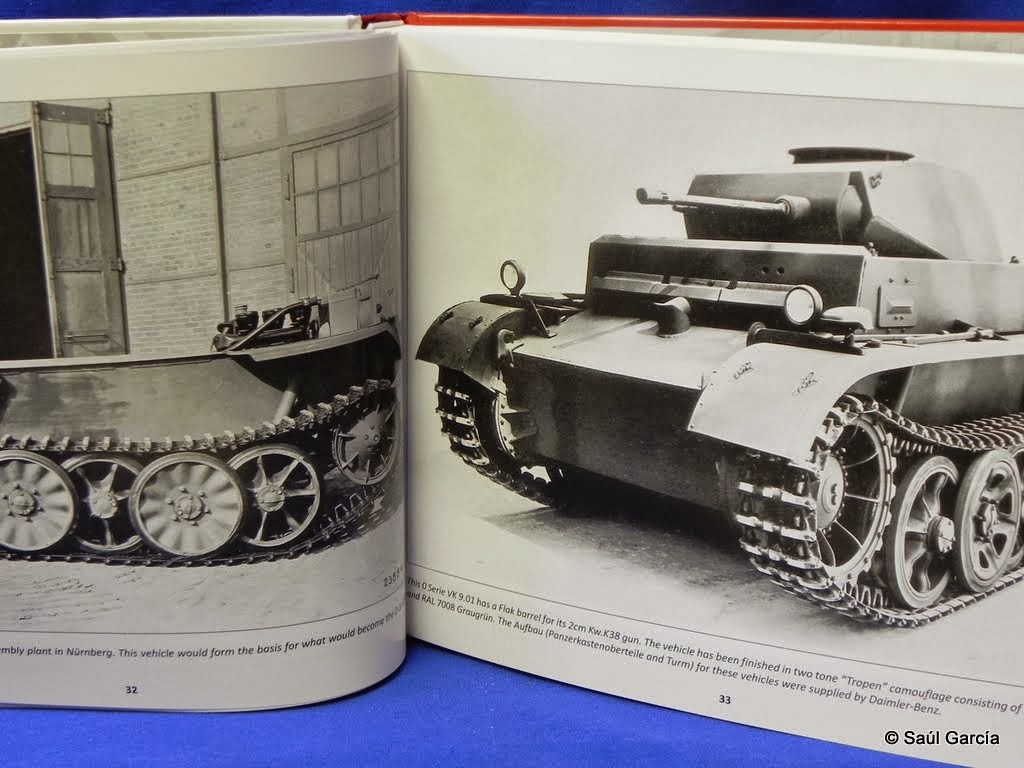 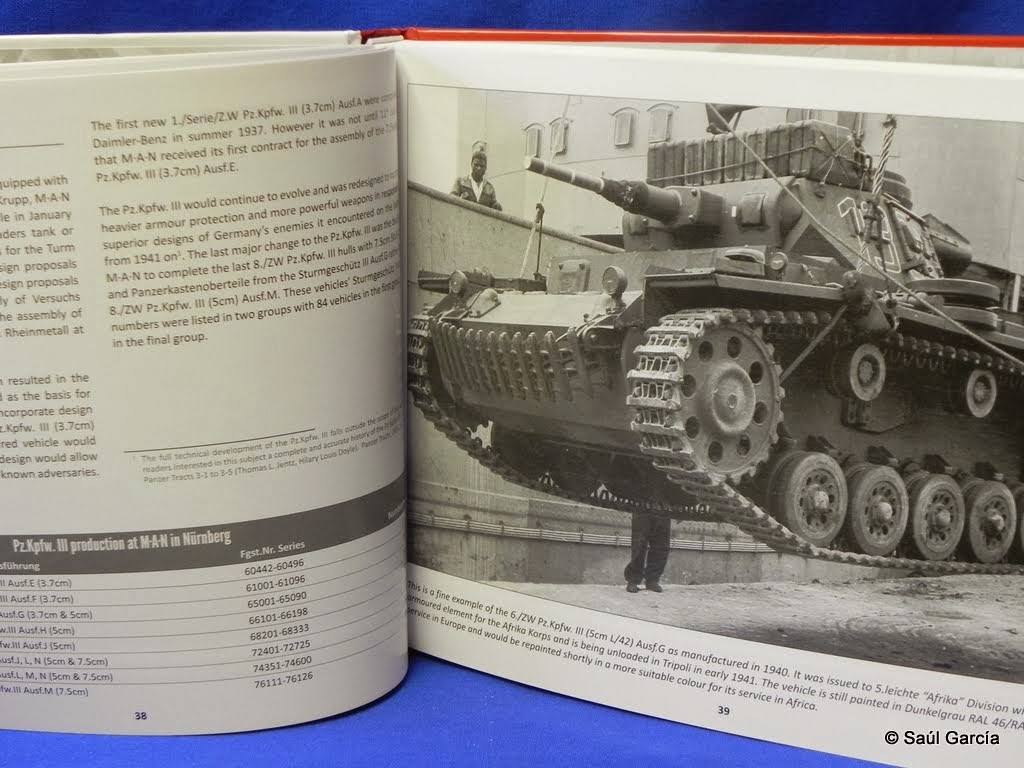 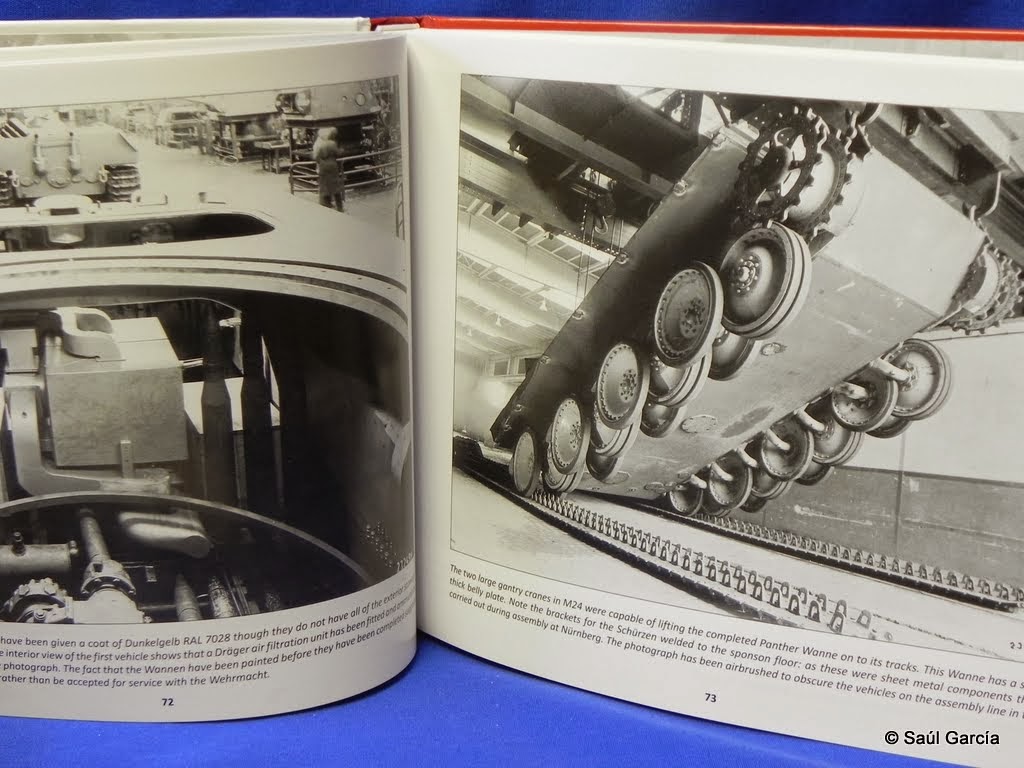 As I began reading, I realized that the book did a very good job of describing the M·A·N company's approach during WWII by offering a simplified potted history to put the attitude in context.  M·A·N tried very hard to continue making trucks in an environment which was against their diesel product.  Through shrewd maneuvering, M·A·N was able to continue their truck production despite pressure to align themselves with the other companies and produce gasoline powered vehicles.

The text then introducing tank design and production which led to M·A·N's involvement in the PzKpfw V Panther's production in 1942.  It is here where the reader will see the meat of the book, the majority of the photographs.  Production and refurbishment tables are included.  The text continues to describe production under constant bombardment and production plans all the way to the end of the war. 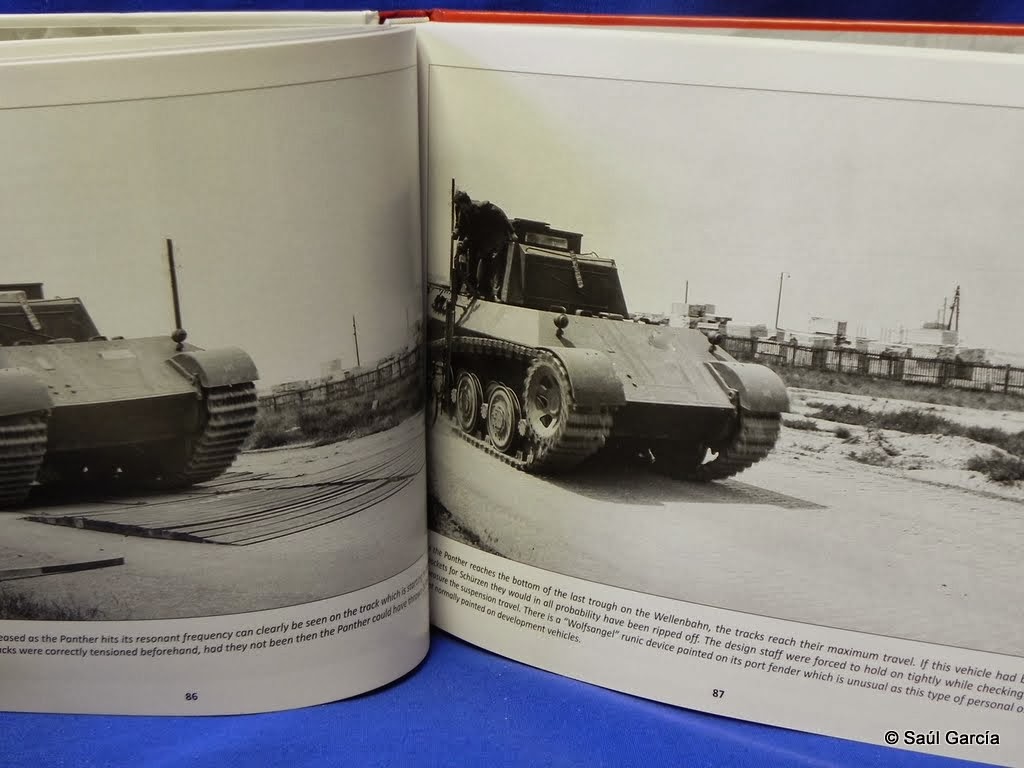 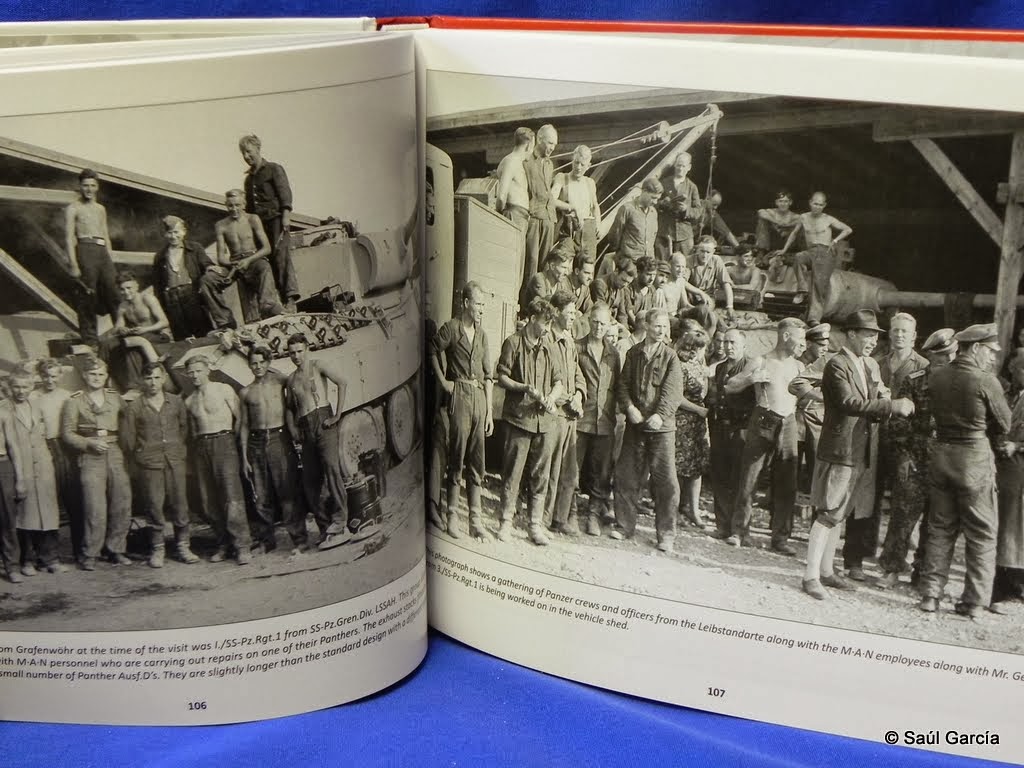 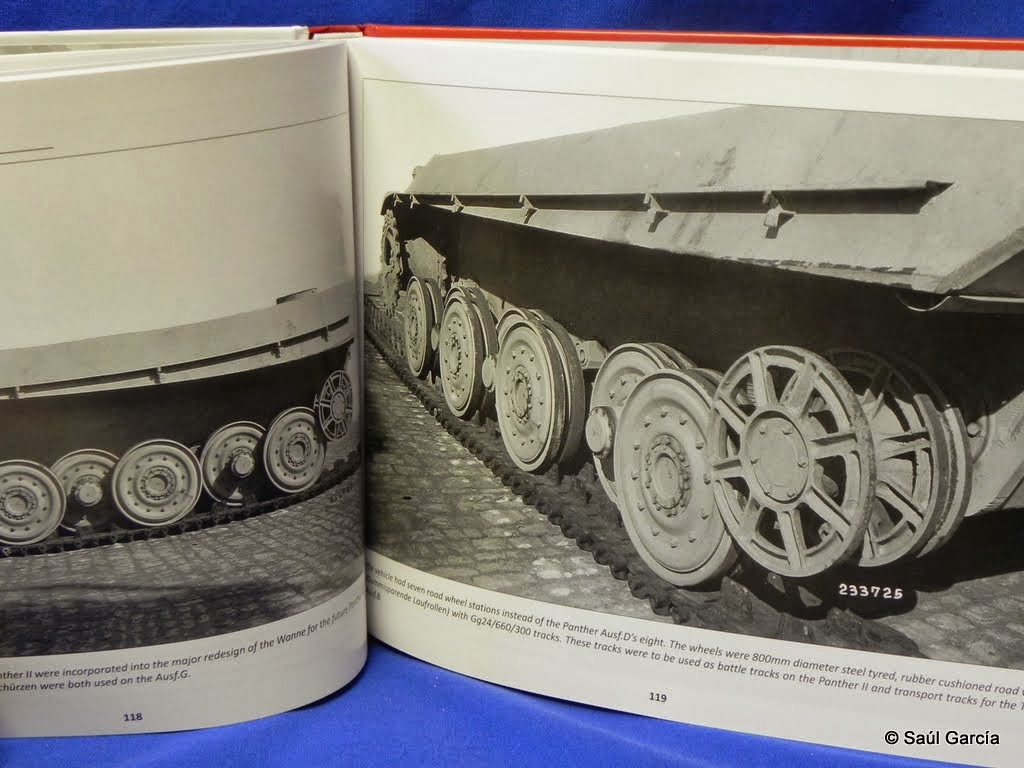 Now, let's discuss the photographs.  These photographs were mostly taken by the company's photographer which meant unprecedented access to all areas of the plant and includes many surprising photographs published for the first time.  The design and development of the Panther through various Ausfuhrungs are covered by M·A·N's photographer and these images are large, very clear, and supplemented with well researched captions.  I have no doubt that the information is accurate and properly placing the images in precise locations within the factory limits is greatly assisted by the color map by Simon Vosters. 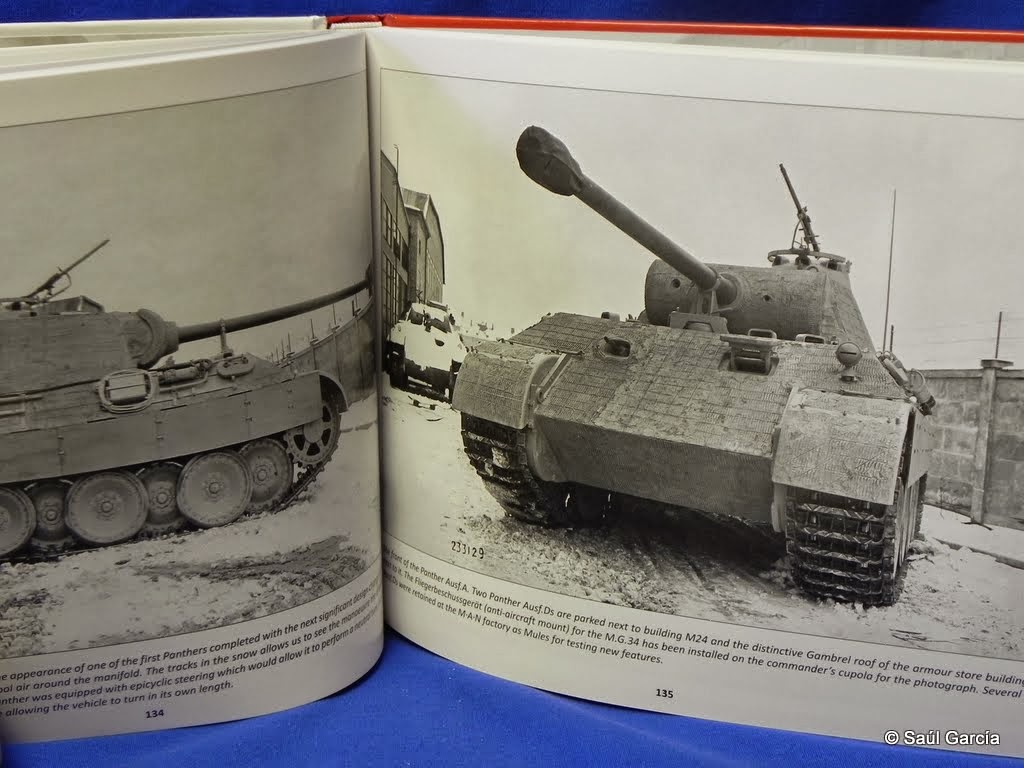 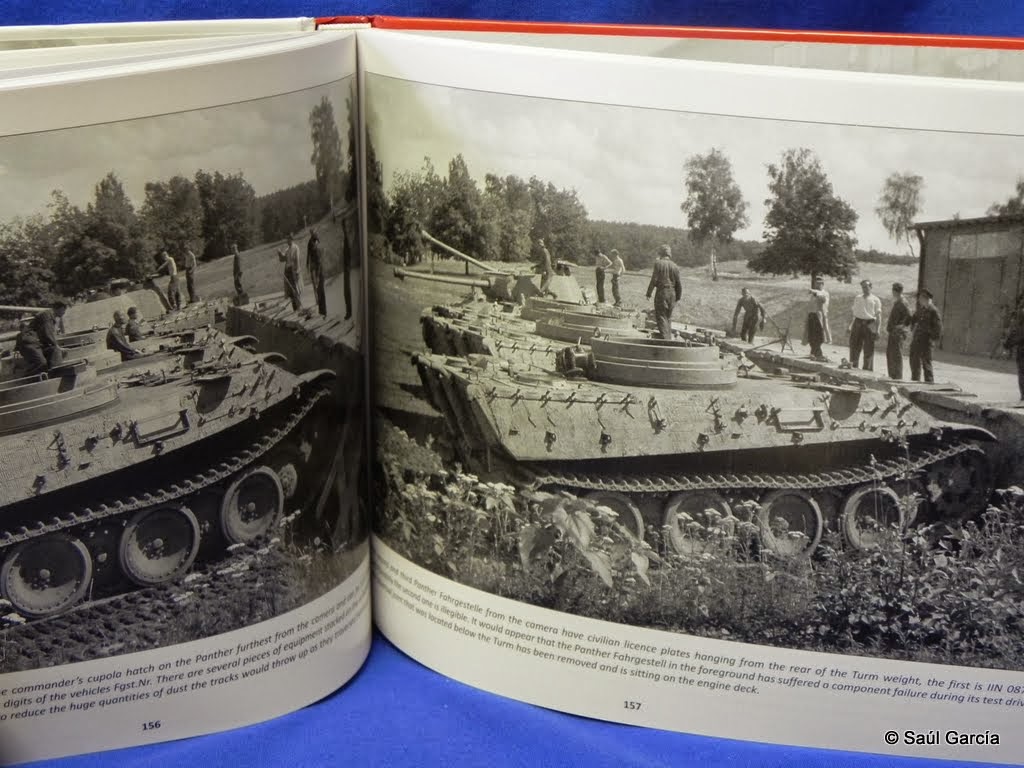 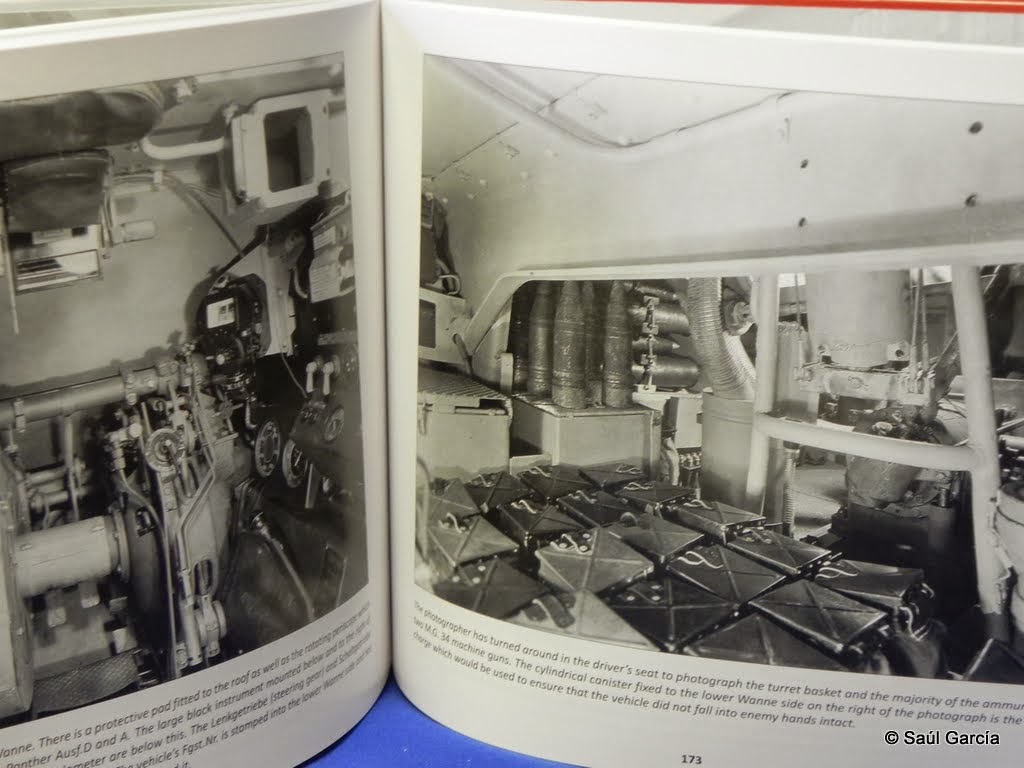 There are some casual images as well as somber ones showing the destruction of the plant from not only the company's photographer, but by the Allies after overrunning the factory.  The photographs compliment the Panzerwrecks and Panzer Tracts image archives very well with some of the test images showing being new and covering rarely documented Ausfuhrungs. 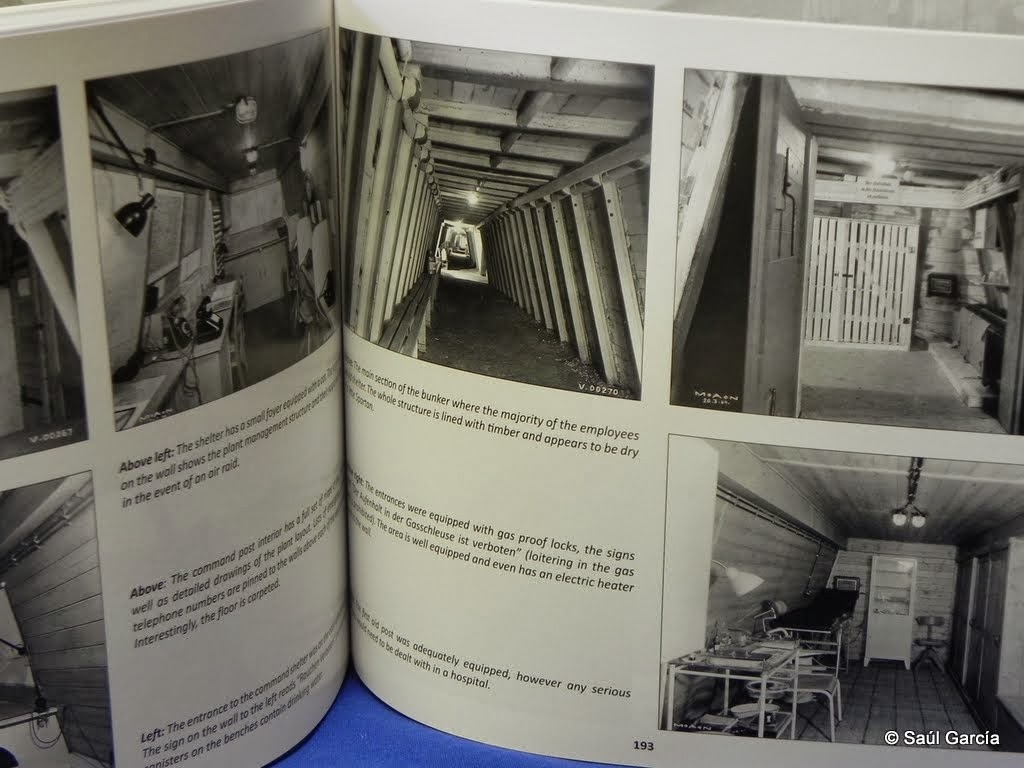 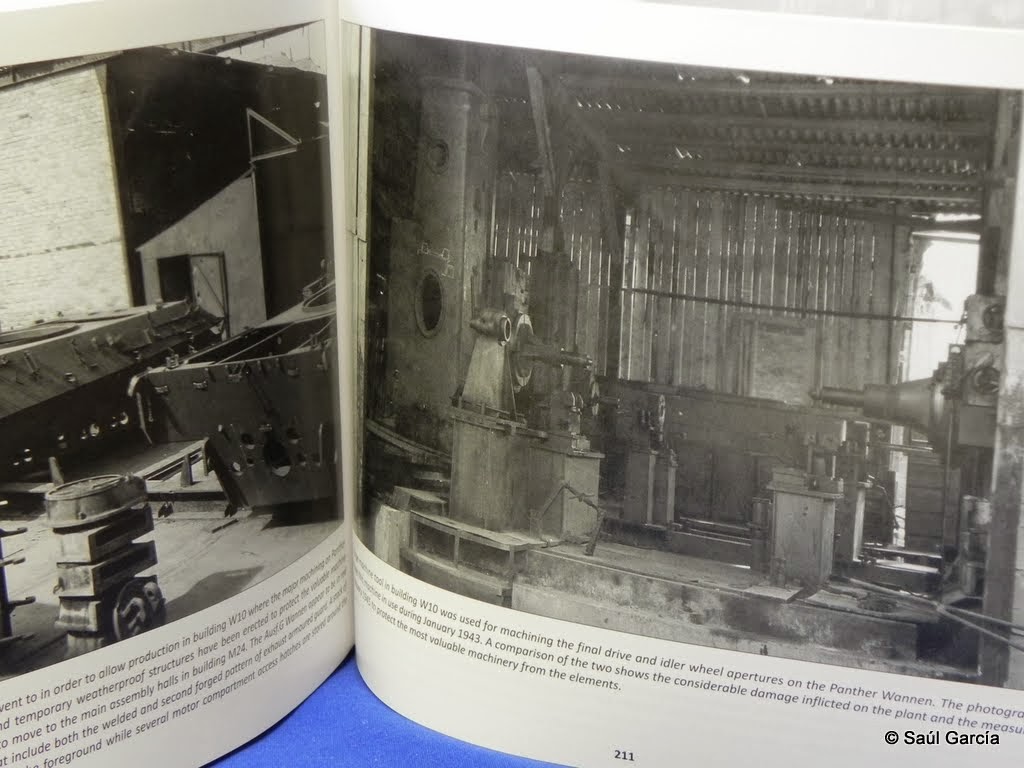 I recall Tom proudly explaining the use of plate glass negatives (if I recall the term correctly) which meant high resolution and higher production standards for the photographs he and Hilary included in the Panzer Tracts series.  The sharpness of the images in this book equal it so the reproduction and the paper quality (a semi-matte thick paper) really adds to the sense that this is a book to hold a proud spot in any German WWII AFV buff's library.

This book was a surprise to me by William Auerbach and I thank him and Lee Archer (the other half of Panzerwrecks ) for the book.  Available directly from Panzerwrecks web site.