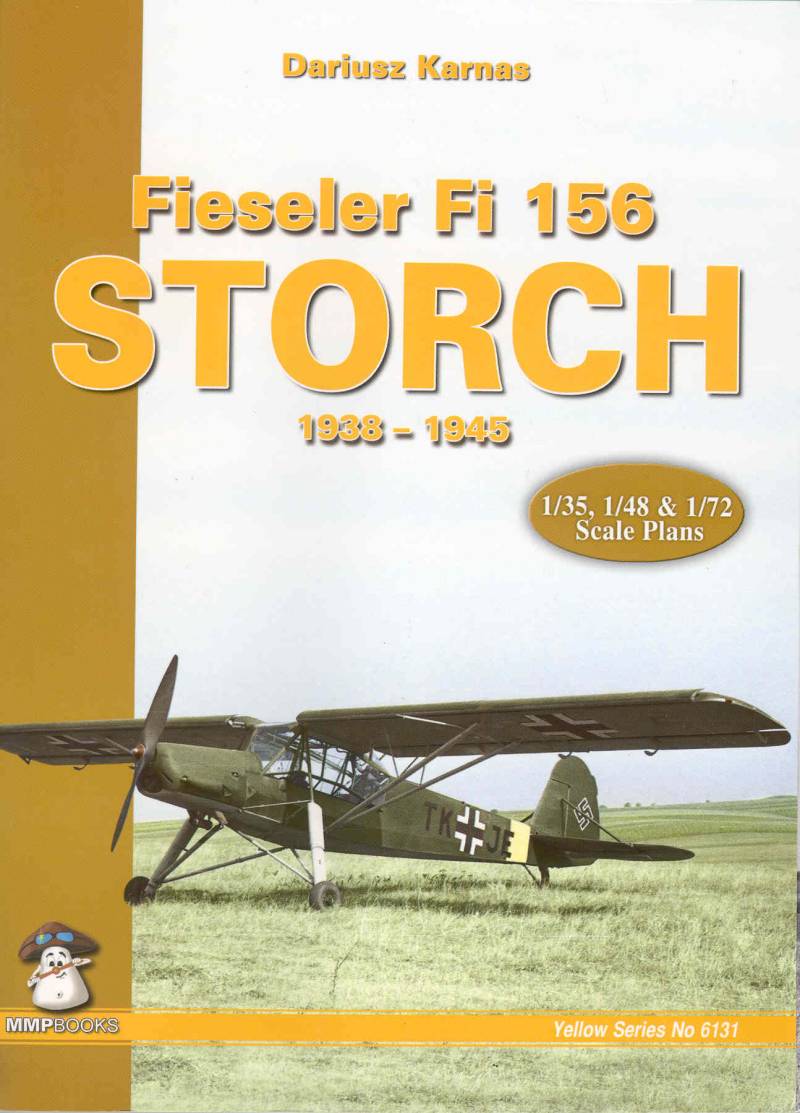 One of the latest releases from Mushroom Model Publications is another edition in the Yellow Series, this one covering the Fieseler Fi 156 Storch. If you are not familiar with the books in this series, they are aimed primarily at modelers and contain a wealth of information useful for building a model of the subject covered.

The book is soft cover, roughly 6 1/2" x 9" in size and contains 176 pages. The book covers the time frame from 1938 through 1945 and includes the history and development of the aircraft and its variants as well as brief mention of other aircraft that competed for the contract.

The book is illustrated with 96 black and white wartime photos, 26 illustrations from technical publications and 183 color photos of surviving aircraft. The color photos include full views, walk around and detail shots with notes describing differences between restorations and original aircraft. There are also 52 color profiles covering virtually all the countries that operated the Storch. Plans for the Storch in 1/72 scale are included in the book and plans in 1/48 and 1/35 are included on an insert.

The Storch proved popular with the Allies and whenever captured aircraft were obtained they were put to use in many of the same roles as used by the Germans. Many notables of the time were to take flights in the Storch including Churchill, Eisenhower, Chaing Kai Shek and De Gaulle.

Like the other books in this series it's a great resource for modelers and I highly recommend it. More information on this book and others in the series can be found at Mushroom Model Publications