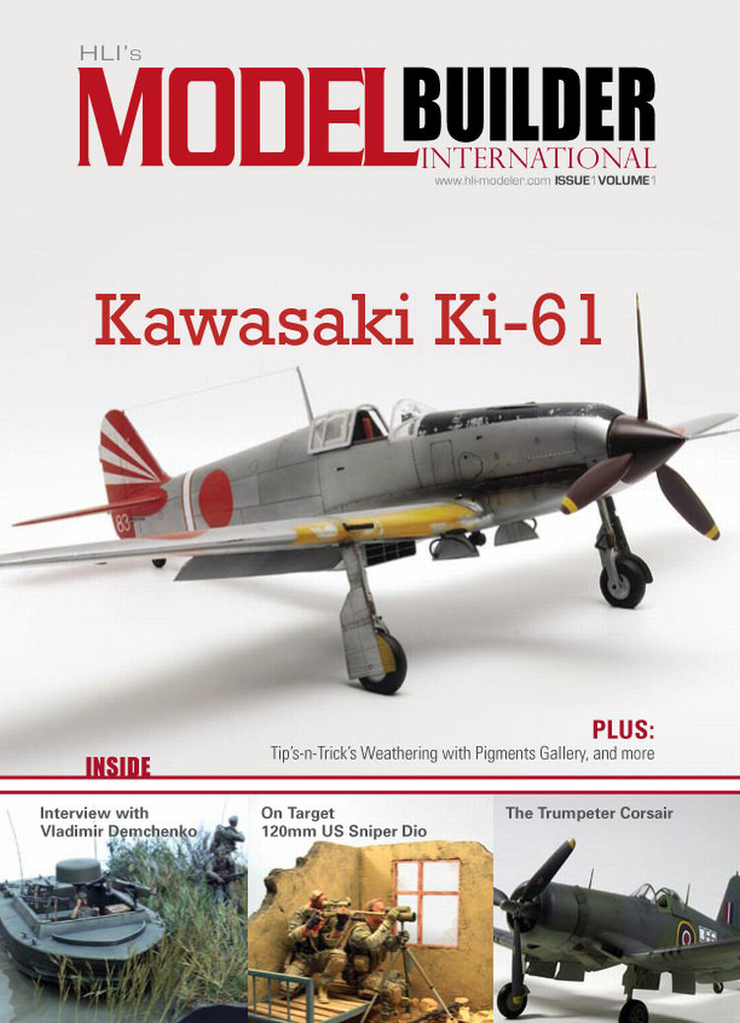 Hobby Link International has released their first magazine, HLI's Model Builder International which has a unique approach to delivery. One can get an electronic subscription or printed media. I was offered a chance to look through the electronic magazine.

For one, this magazine covers aircraft an armor in this issue. There is some excellent work displayed throughout the fifty pages including various articles all with full color photographs which are bright and clear. This comes as no surprised as Jeff Herne is the editor.

For the electronic version, there is a server sided program which emulates flipping pages through a book. I personally do not like it as I had to click on anything I wanted to read to zoom in even though I have a large screen monitor. Yet, it does have a handy search feature which I can see using in conjunction with the printed media! 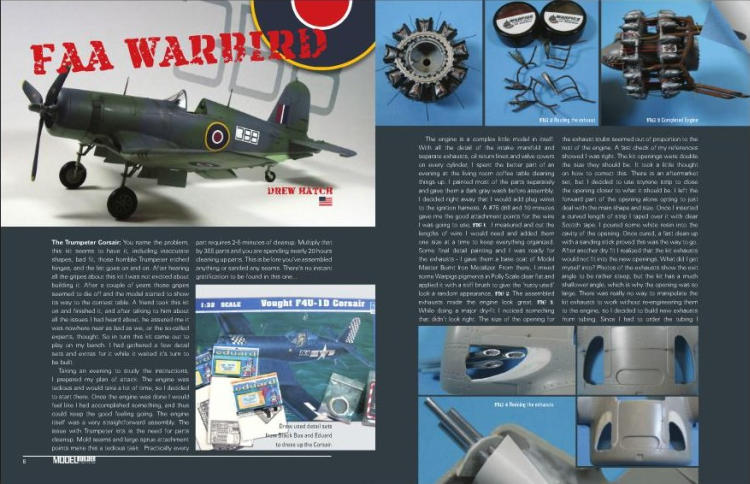 Full page advertisements are shown in the electronic magazine as they would appear in the printed version. Then we are brought in to the first article by Drew Hatch showing his build of Trumpeter's 1/32nd scale F4U-1D Corsair into one of the Fleet Air Arm Corsairs. For this model, Eduard photo-etched sets are used along with home made improvements. Seventeen photos cover the build all the way to the finish. 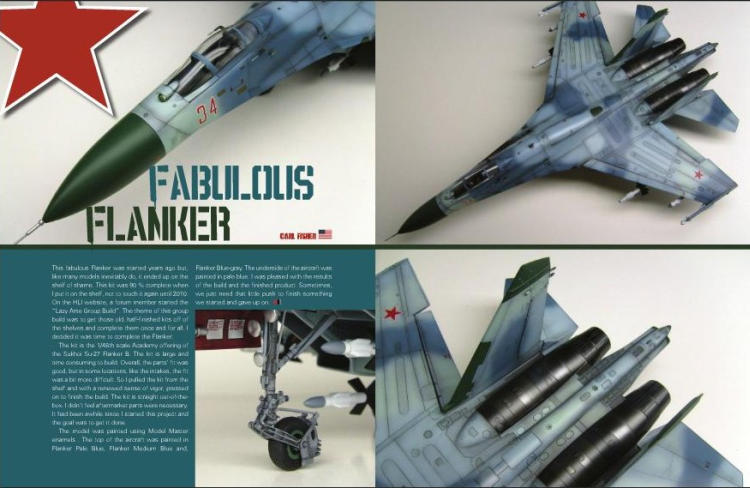 Next up is an Academy Su-27 built out of the box by Carl Fisher. It is simply a gallery entry with six photos of the completed model. 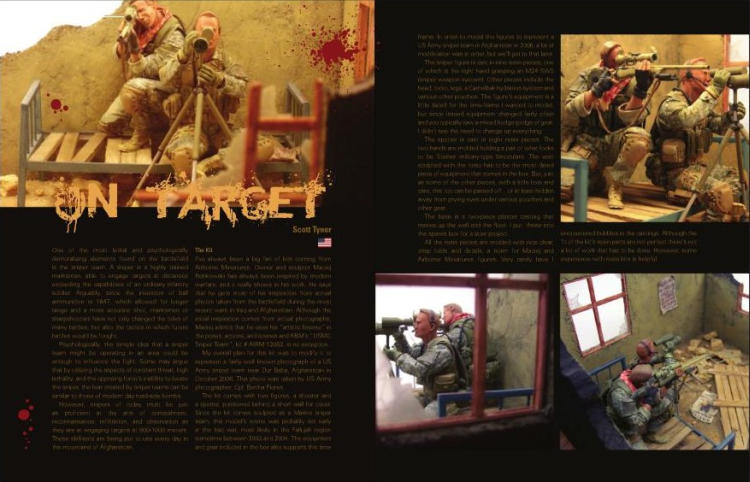 After an upcoming issue tease, the next article is on an Airborne Miniatures 120mm Sniping Team. Scott Tyner has done a great job on the figures of the sniping team. He modified the poses to resemble a well known photograph and presents his work with fifteen images of the completed scene. 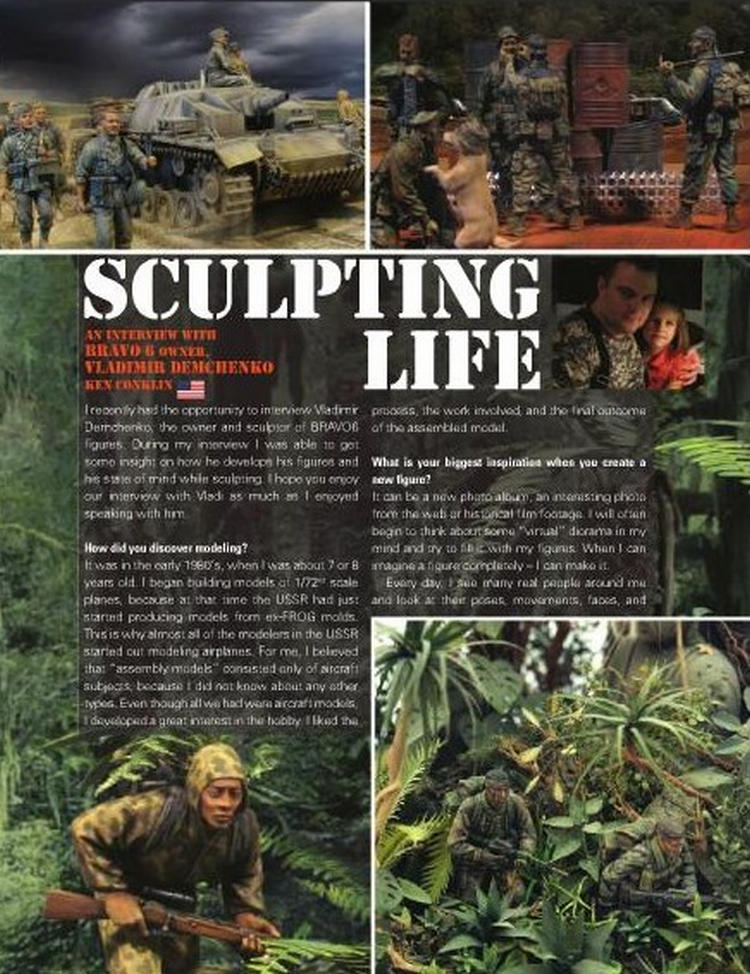 After two more pages of full page advertisements, one of which is the perfect segue, we come to a three page interview with the owner of Bravo 6, Vladimir Demchenko. 11 images are used including one of the man himself with his daughter.

Following the interview, we find the top three HLI Quarterly Contest winners with each entry having two photos published. 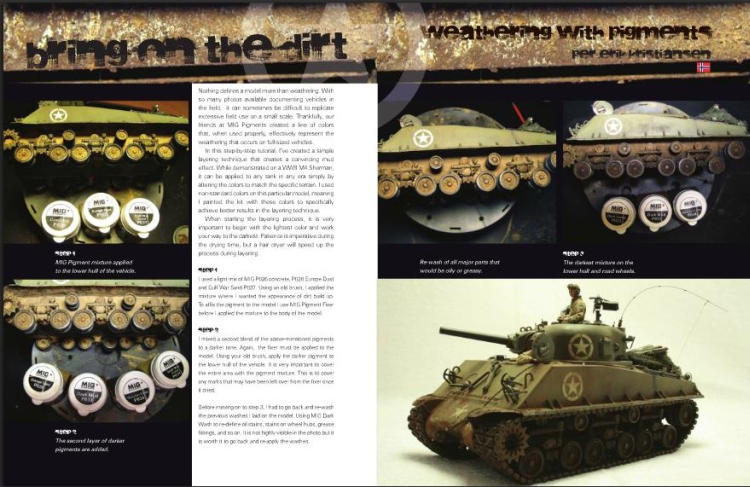 Per-Erik Kristiansen (I had to go to the Table of Contents to be able to read the name) presents a three page tutorial on using Mig Productions Pigments and provides seven photographs of the process. While the article does display Mig Productions' products, they easily would apply to WarPig Pigments and others.

The dedication is in memory of Jesse Buchsbaum who was only age 17. A great loss when a young person's life ends, and sad as he obviously shared the love of this hobby. 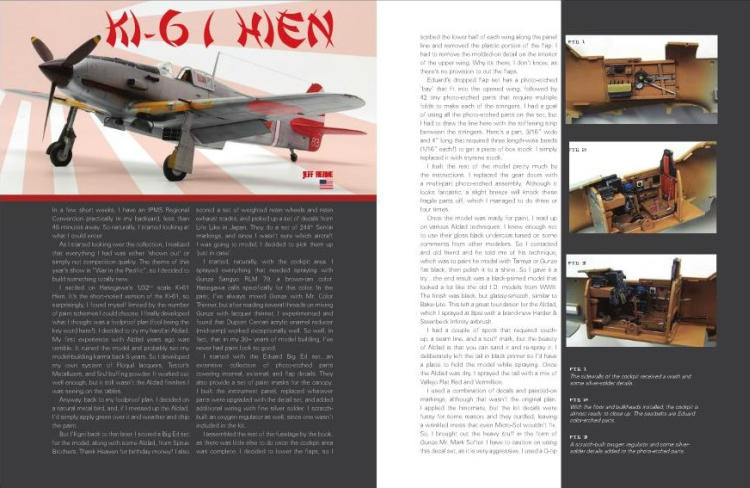 The last four pages of content are product reviews ending in two pages of advertising.

Aside from the interview, my favorite were the aircraft articles. I am informed that future issues will vary the content. So some may have more armor than other issues but one thing is certain, the quality is there. My only concerns are getting accustomed to the page flipping software and the font used on the author's name of the pigment article. I truly am anxious to get my hands on the printed version!

To buy the magazine, click on the image of the cover above to go to the Model Builder International web site.