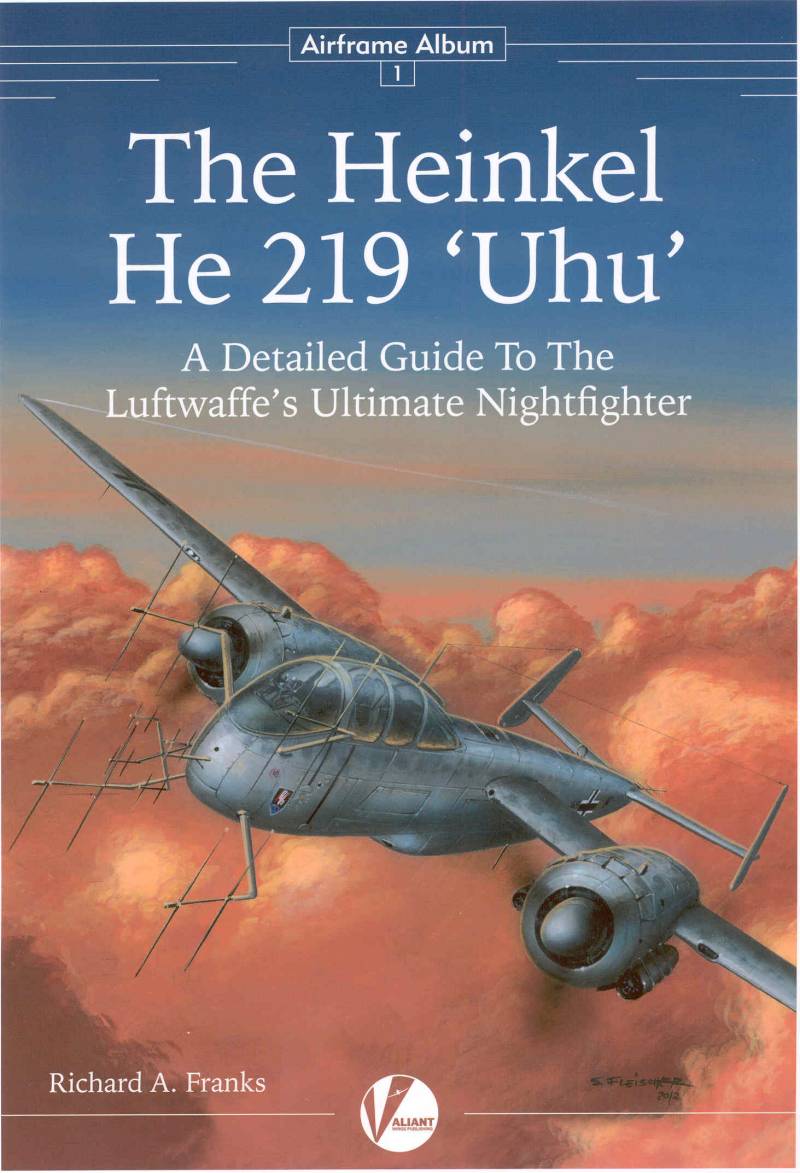 The latest release from Valiant Wings Publishing is titled "The Heinkel He 219 'Uhu' A Detailed Guide To The Luftwaffe's Ultimate Nightfighter" by Richard A Franks. It is a well-timed release in light of the forth-coming models from Revell and Zoukei-Mura. This is the first edition in their new airframe series.

The book is soft cover in the A4 format (8 1/4" x 11 5/8") and is 98 pages long. The book's purpose is that of a modelers aid so if you are looking for an in depth history or a photo montage of wartime images, you'll need to look elsewhere. There are some wartime photos but most have been seen before, as there seems to be a rather limited supply of them available. Its primary focus is on the sole surviving 219 that is currently being restored by the NASM and there are by my count 137 color photos of the NASM aircraft showing before during and after restoration views. This includes views into areas that won't be seen once restoration is complete. These photos are interspersed with period photos and illustrations and diagrams from maintenance manuals.

The book is divided into five sections, these being 1) Technical Description, 2) Evolution - Prototype, Production and Projected Variants, 3) The Survivor, 4) Camouflage & Markings, and 5) Big Owl.

The Technical Description is by far the largest and is divided into fuselage, undercarriage, tail, controls, wings, engines, weapons, electrical and access panels.

Evolution contains 47 3D line drawing illustrating all the prototype, production and projected variants with brief descriptions of each and four period drawings of the A-2, A-5, A-6 and B-1 variants.

The Survivor covers the history and has period photographs of the aircraft currently being restored.

Camouflage and Markings looks at just that both with what was considered standard if that word can really be used and what was found during the restoration process. It also includes 15 color side profiles some showing the same aircraft at different times.

All in all I was quite pleased with the book as it is an excellent modeler’s reference and if that is what you are looking for you won't be disappointed.

I purchased mine directly from Valiant Wings price is £15.95 and air delivery was £9.50 and they accept Pay Pal. My book arrived in about a week.