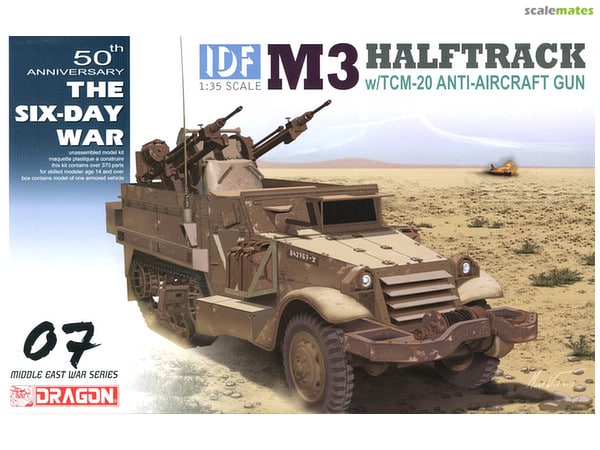 The Six-Day War also known as the June War, 1967 Arab–Israeli War, or Third Arab–Israeli War, was fought between June 5 and 10, 1967. While promised that the Straights of Tiran as part of the agreement to withdraw from Egyptian soil in the 1956 war, would be open to Israeli shipping the Egyptian Government reneged and then situated troops along its border with Israel. The Israelis launched pre-emptive air strikes against the Egyptians gaining air superiority. The Egyptian Air force was destroyed. Surprised by this the Egyptians were again surprised when the Israeli army launched an offensive across the Gaza Strip and the Sinai. Nasser got Syria and Jordan to attack the Israelis claiming the Israeli air attack had failed. Counter Attacks lead to the successful capture of East Jerusalem and the West Bank from the Jordanians and the Golan Heights from the Syrians. On June 11, a ceasefire was signed. Arab casualties were far heavier than those of Israel: fewer than a thousand Israelis had been killed compared to over 20,000 from the Arab forces. Israel's military success was attributed to the element of surprise, an innovative and well-executed battle plan, and the poor quality and leadership of the Arab forces. Israel seized control of the Gaza Strip and the Sinai Peninsula from Egypt, the West Bank and East Jerusalem from Jordan, and the Golan Heights from Syria. Israeli morale and international prestige were greatly increased by the outcome of the war and the area under Israeli control tripled. (research from Wikipedia).

The M3 Halftrack was derived from the M2 which was derived from the Citroen-Kégresse half-track. This vehicle was very successful and had even more versions than the German Sd.Kfz 251. One advantage of the M3 over its German counterpart was powered wheels adding traction. The American T10E1 was very close to this kits Israeli version and also used the Maxim Mount with dual Hispanno Suza HS-404 20mm guns. The American version did not perform to well and most where converted to M-16s.The Israeli M3 with TCM-20 was based on M3/M5 versions of the truck with the TCM-20 Hispano Suza 20mm guns in the Maxim mount.

These Halftrack AA vehicles soldiered on into the 80s in reserve units until all were replaced with the Vulcan cannon.

The Dragon M2, M3, etc kits have been around for a while now. They were some of the nicest kits I ever assembled and with moderate skills produced a very nice display piece. With the 50th anniversary of the Six Day War Dragon has dusted off the molds to give some new variants which are quite interesting. As well as a standard troop carrier they have brought out an anti tank version equipped with the French SS-11 missiles, and this Anti Aircraft version. I am not sure without more research how easy it would be to make an American M3 with TCM-10 version. As usual you have a number of sprues with parts not to be used. These are shown on the front page of the instructions. The molding is very crisp and very nice. The amount of molded detail again makes this one of my favorite kits.

There are 12 sprues, 2 baggies with the very nice drive wheels, Photo Etch, chain, rope and decals. There is also molded in the soft rubbery plastic a full set of crew kit. The one thing I could not see in either the instructions or the box is a windscreen.After looking online at pictures they did not seem to have any installed. When I find a picture I can legally show I'll do that. 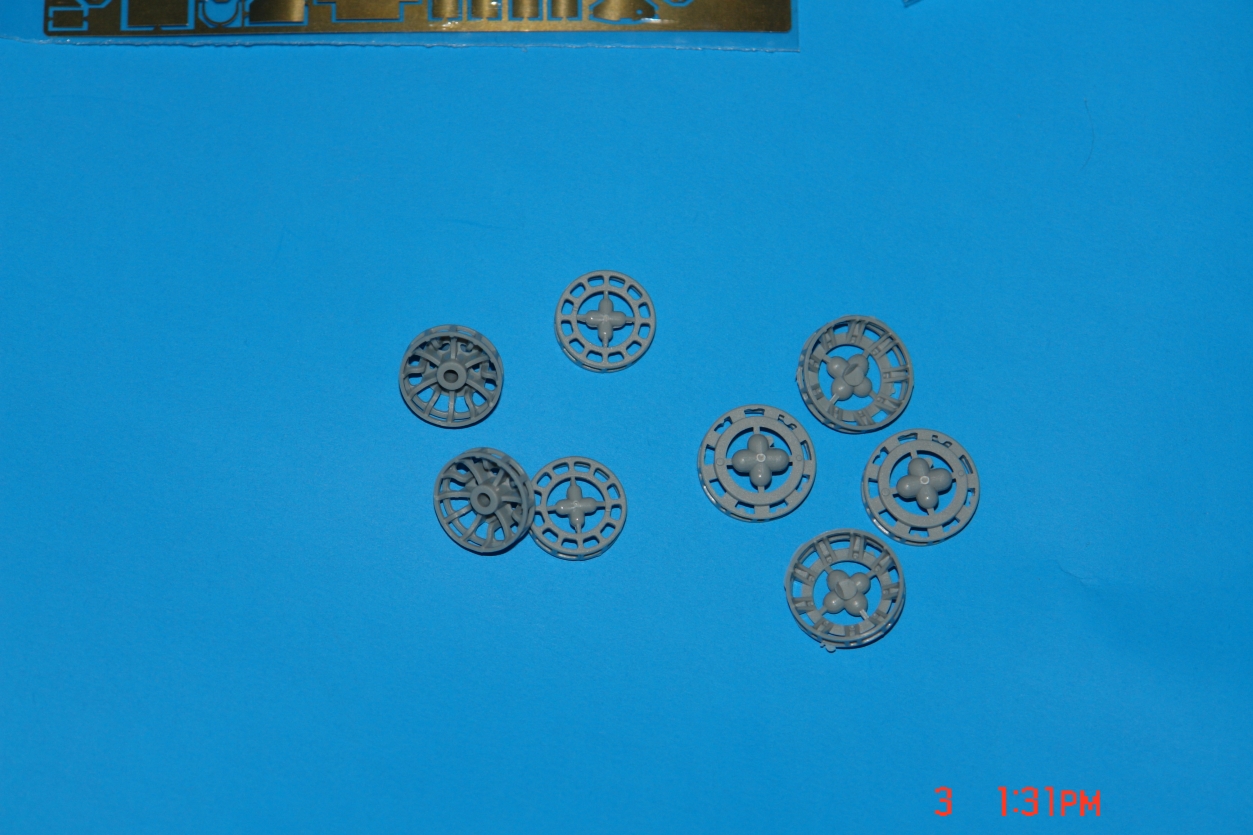 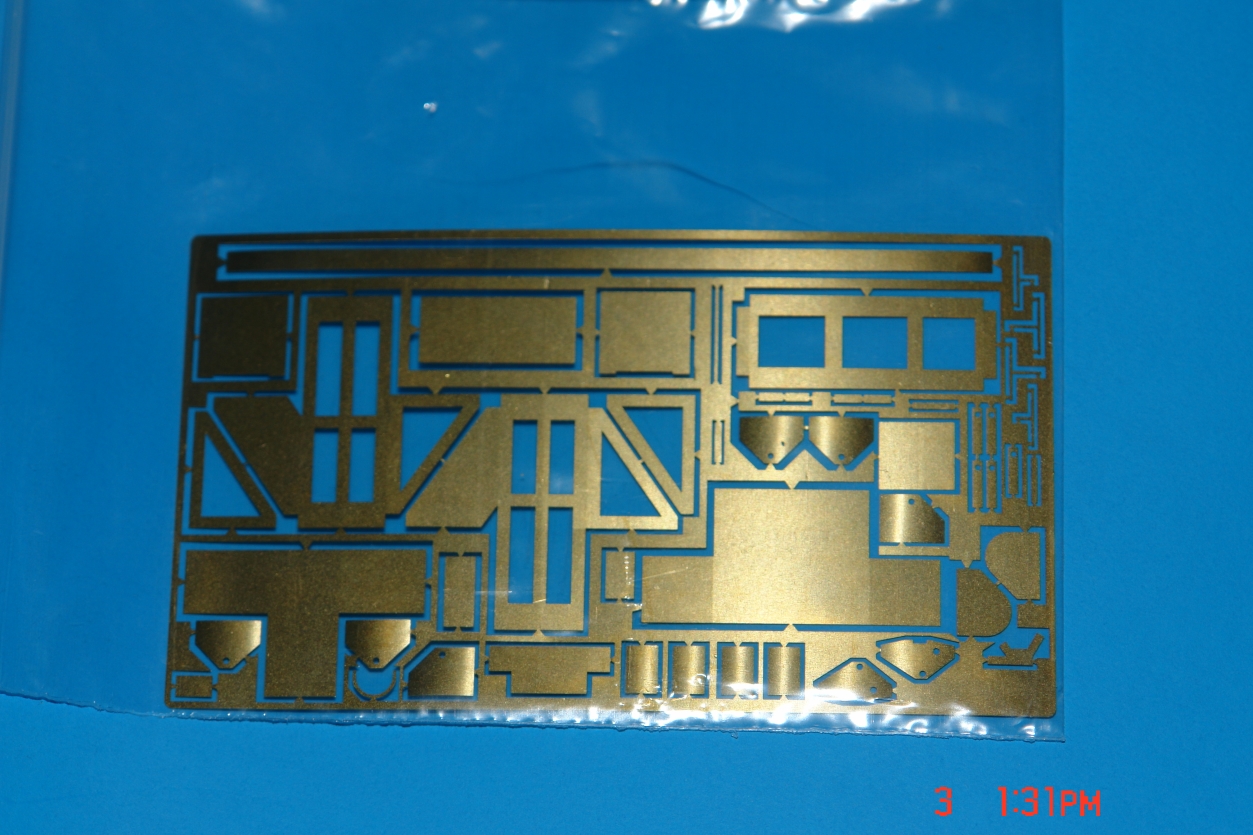 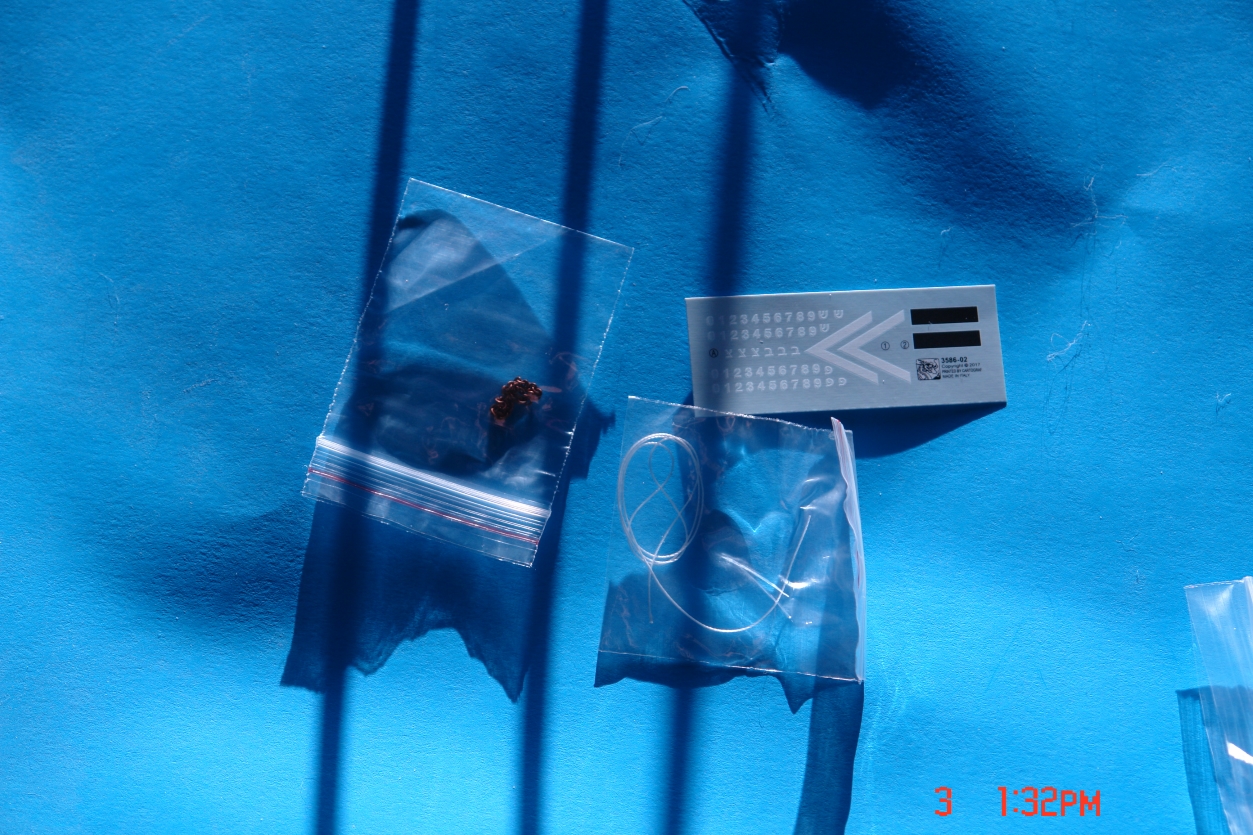 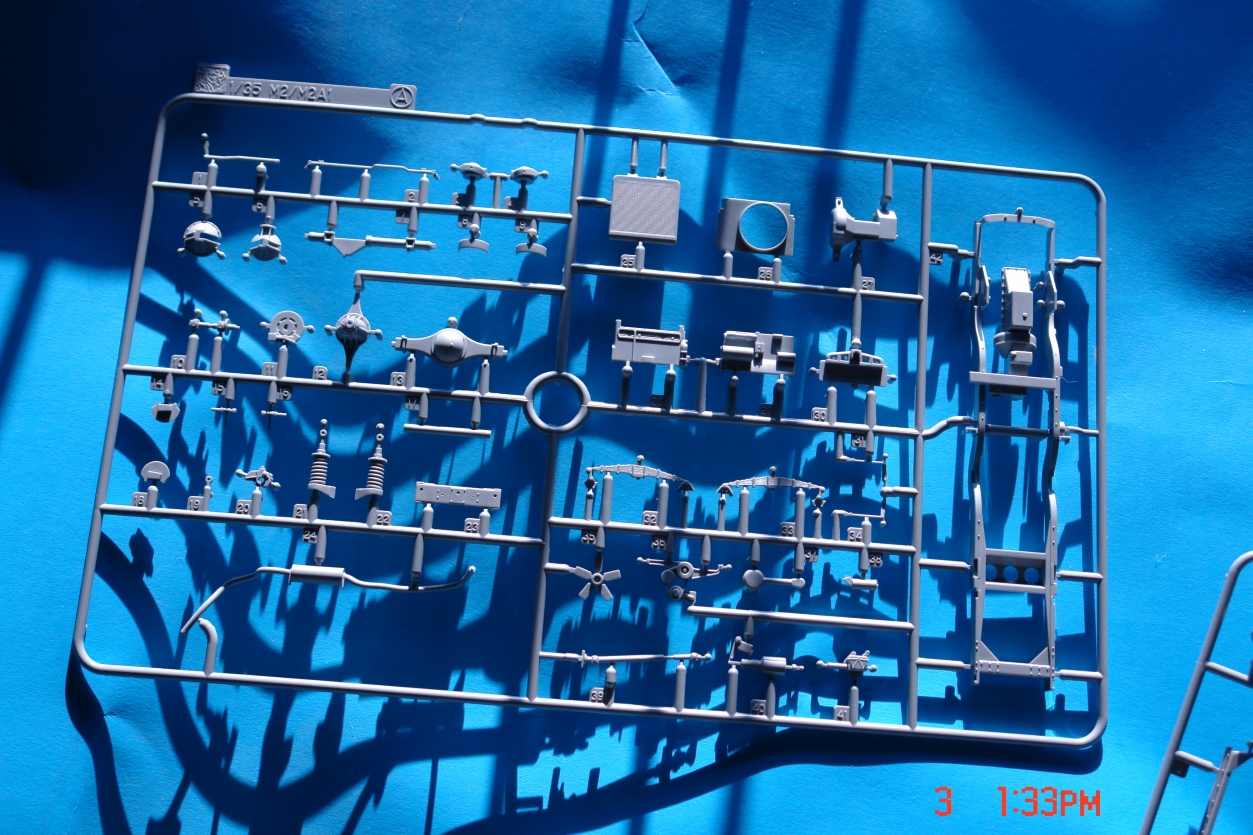 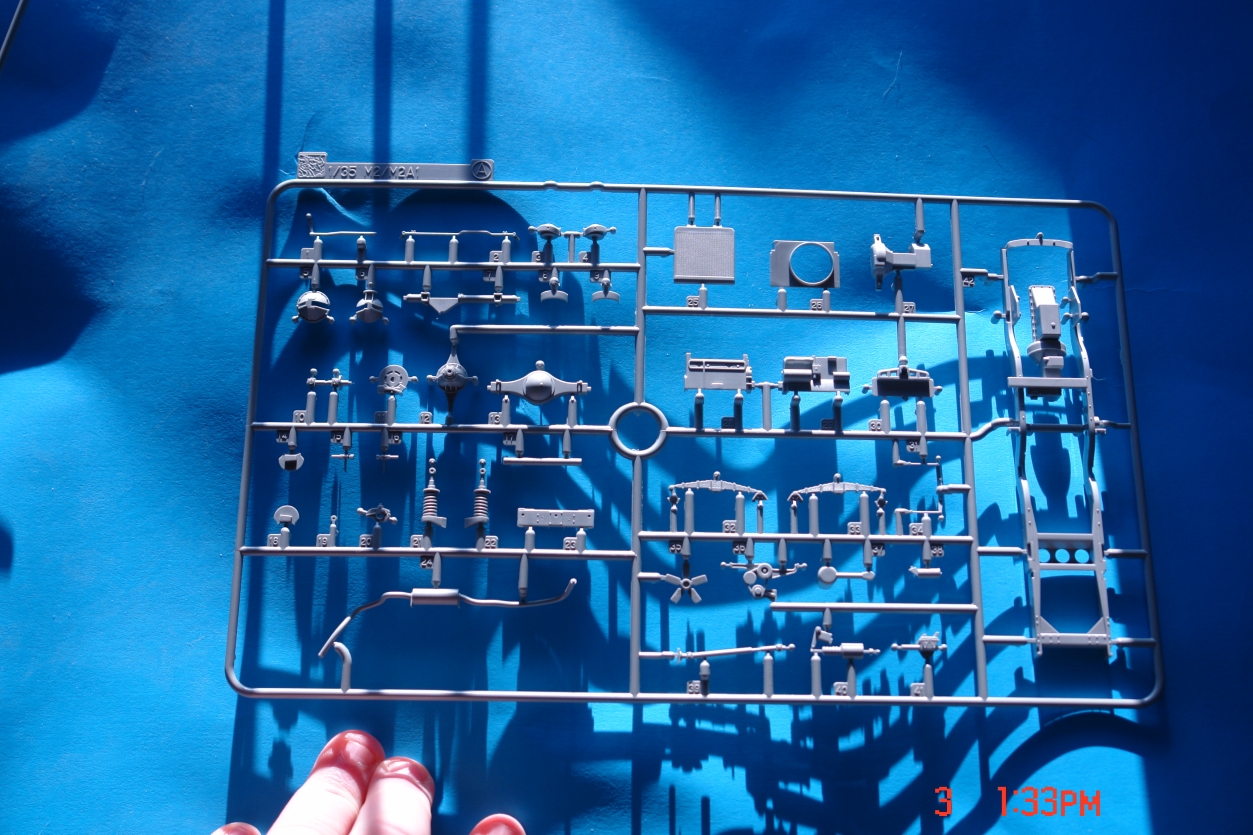 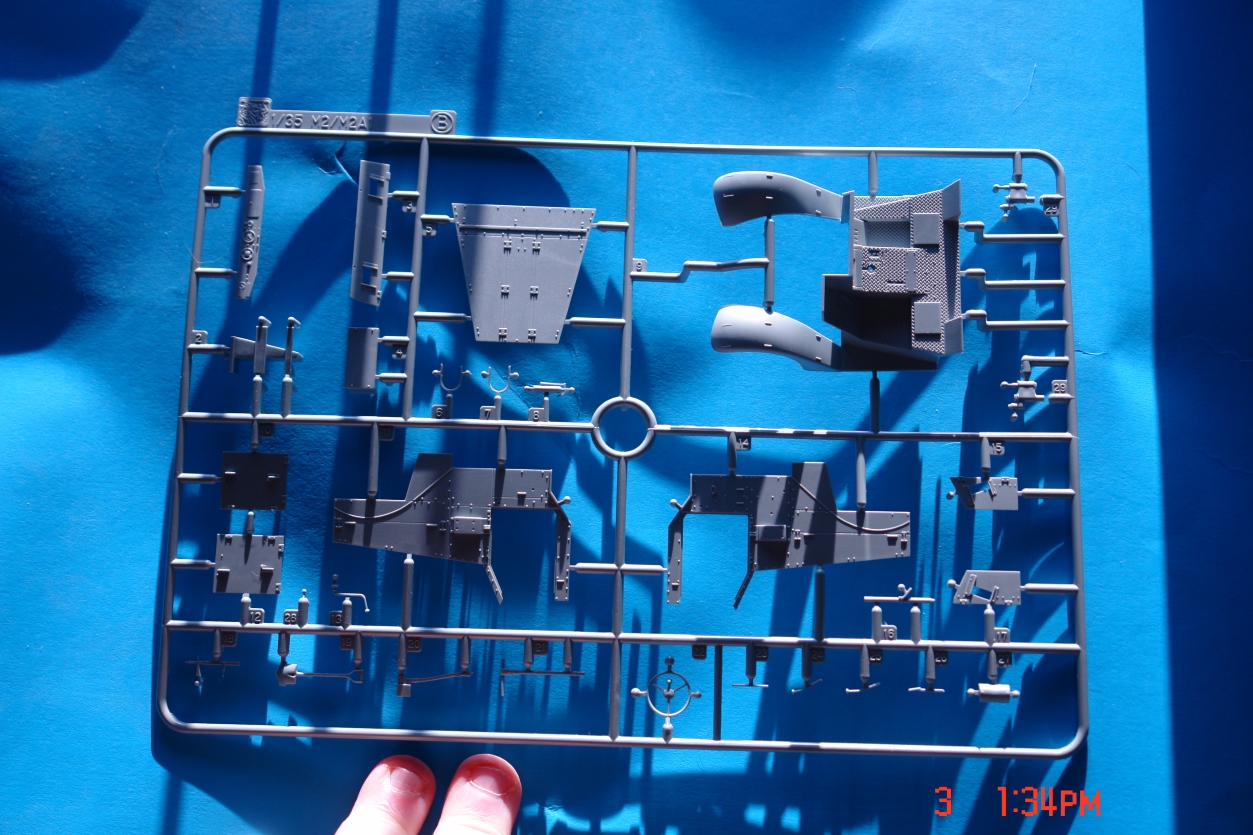 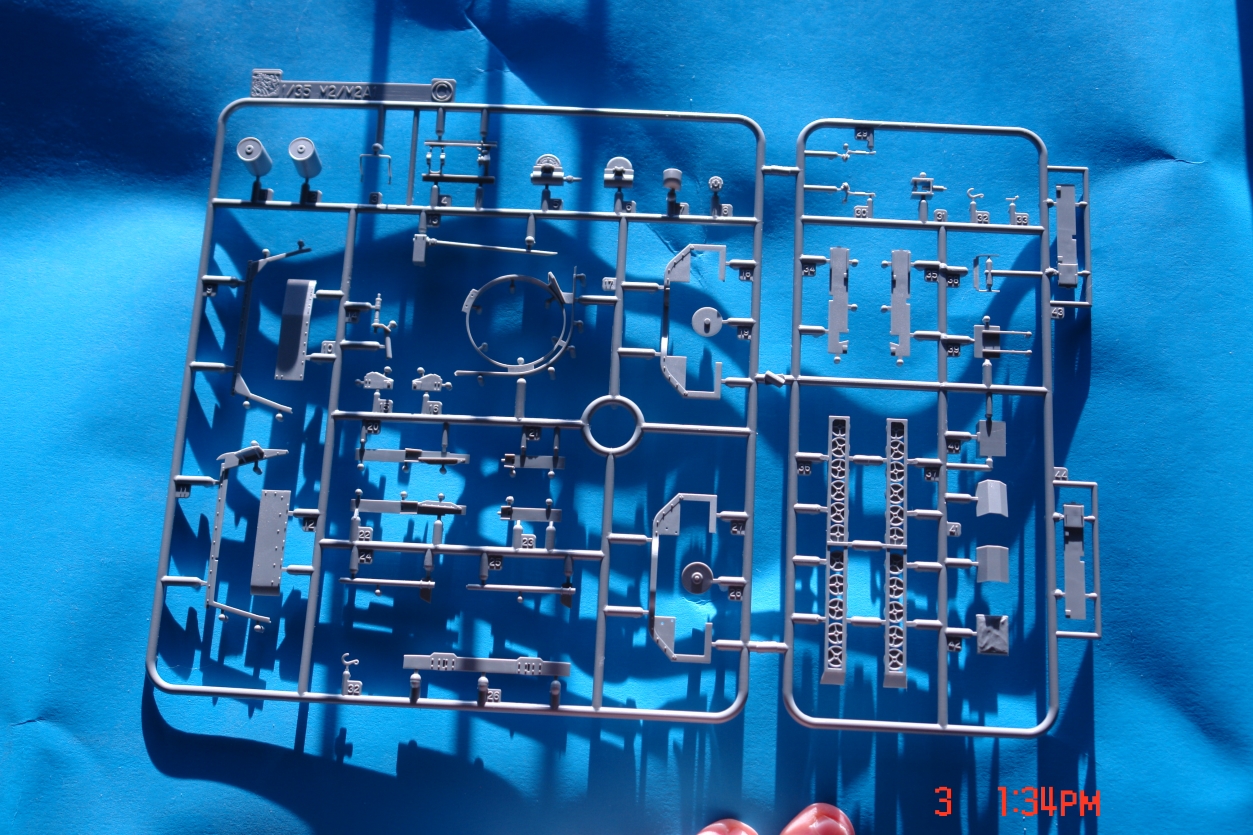 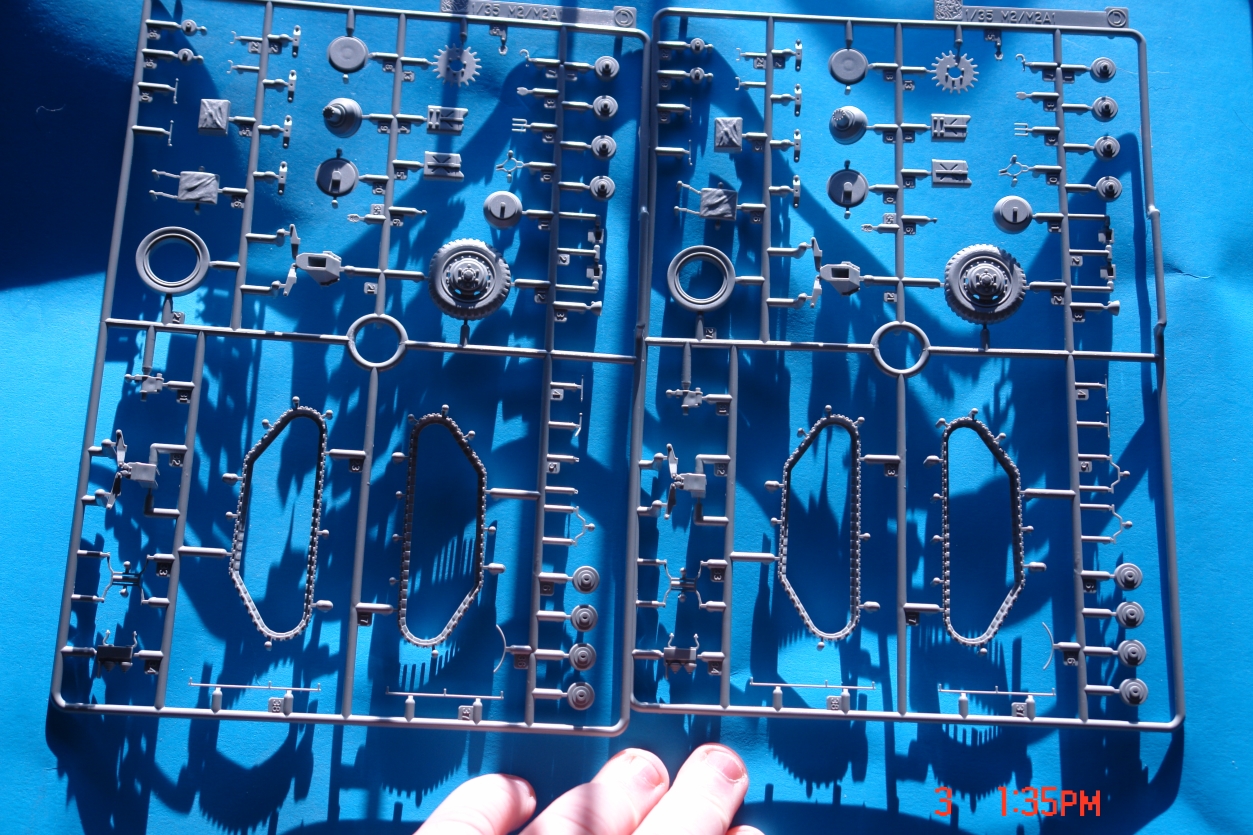 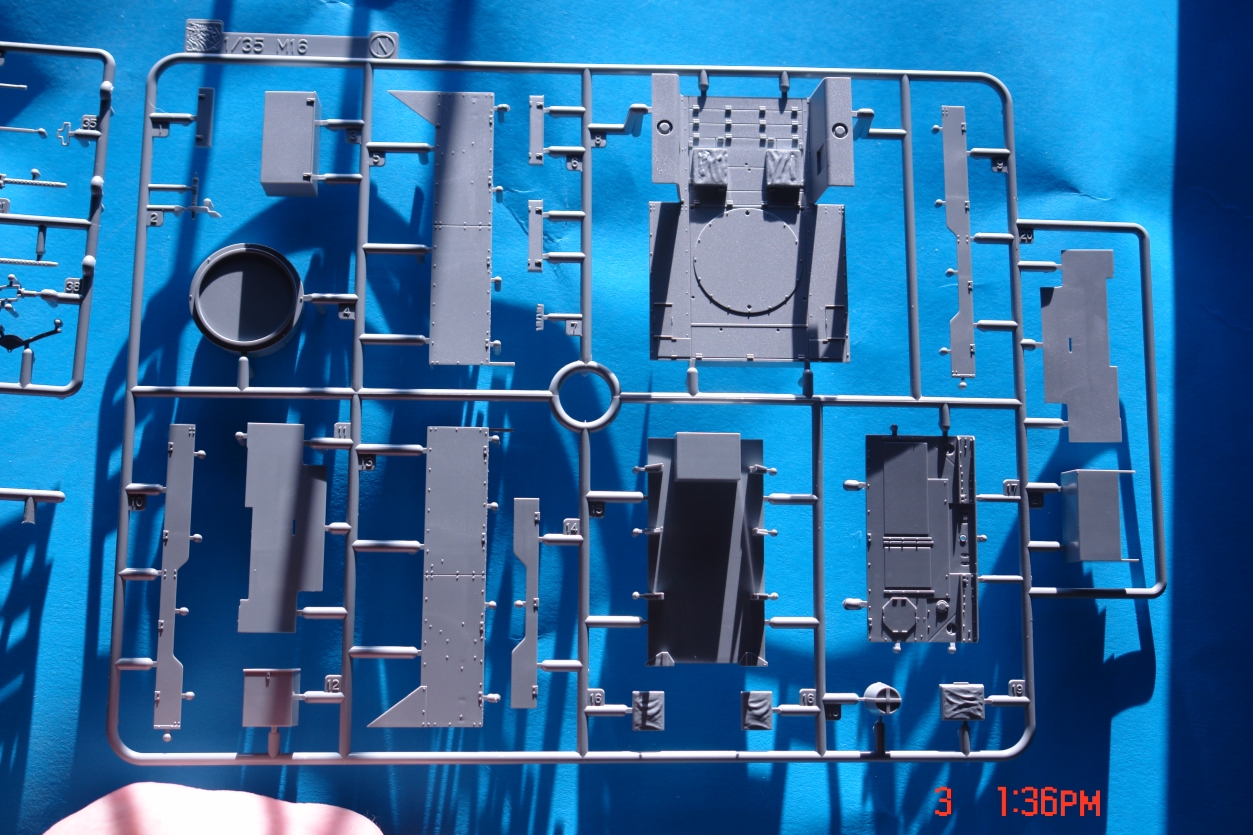 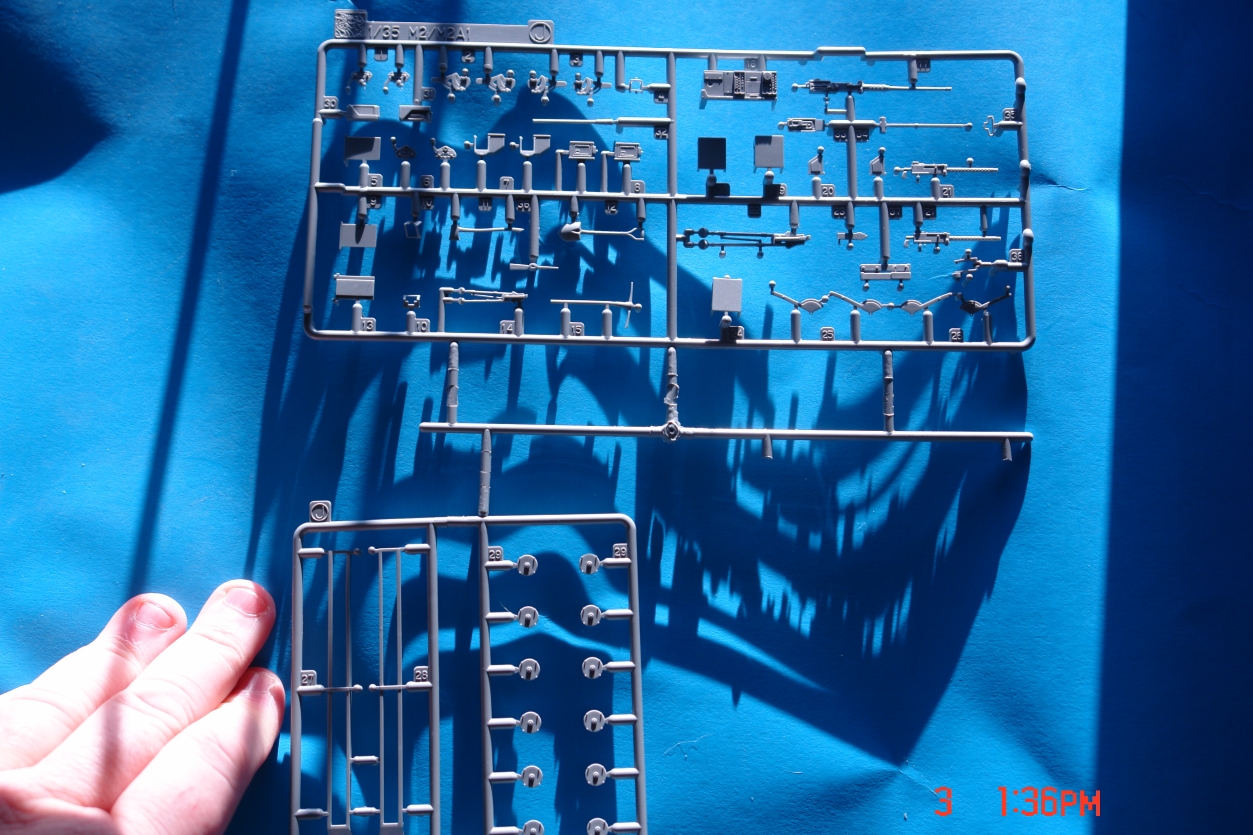 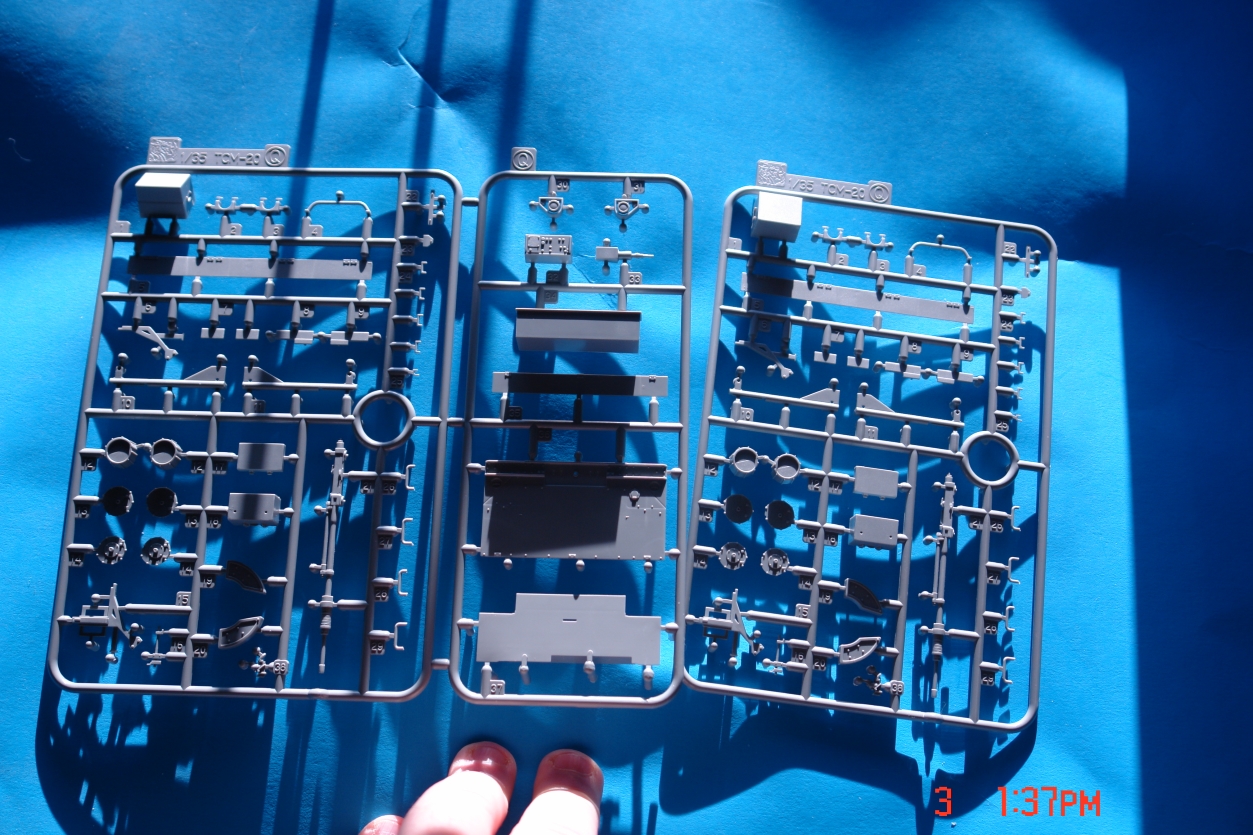 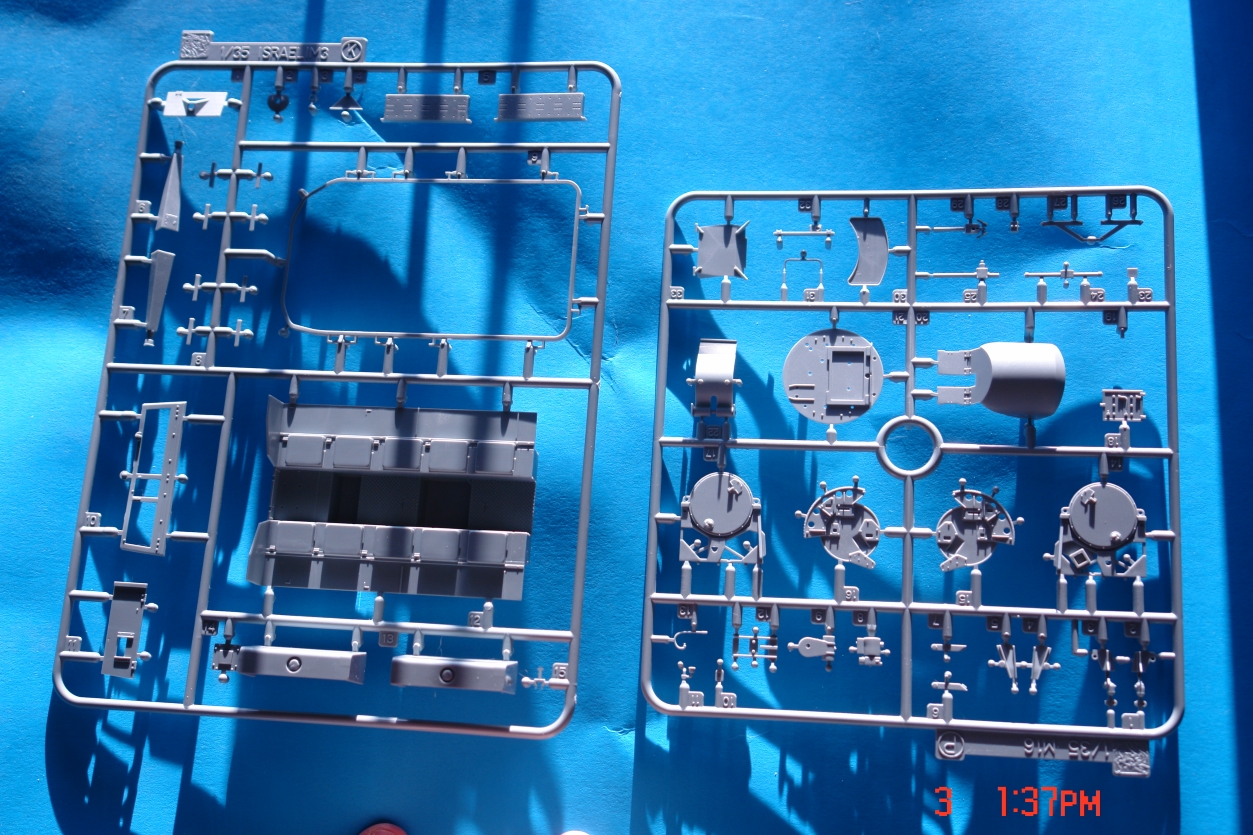 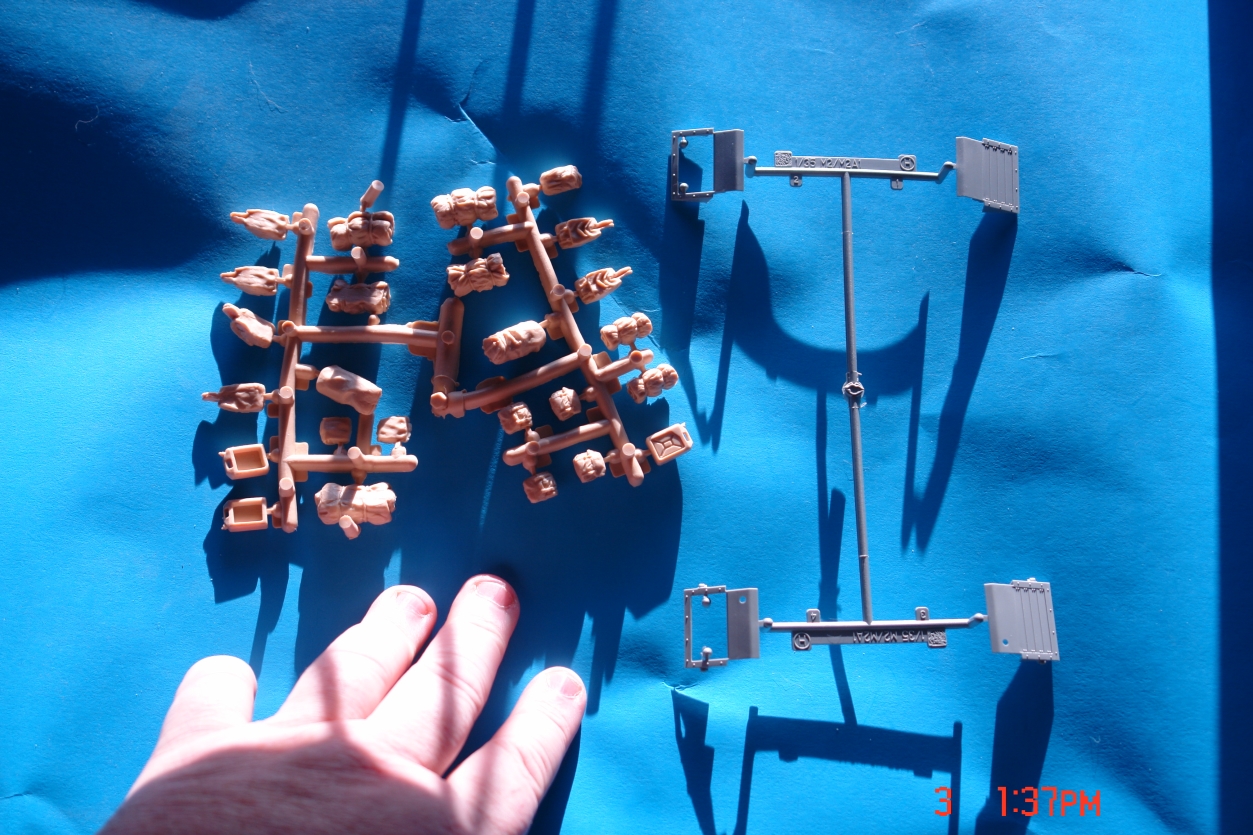 The instructions are the standard folded sheet we are accustomed to. The drawings are very fine and from a general look through follow a logical construction path.. I don't foresee any issues unless there is misnumbering in the instructions. 2 marking schemes are provided but they are unknown units unfortunately. 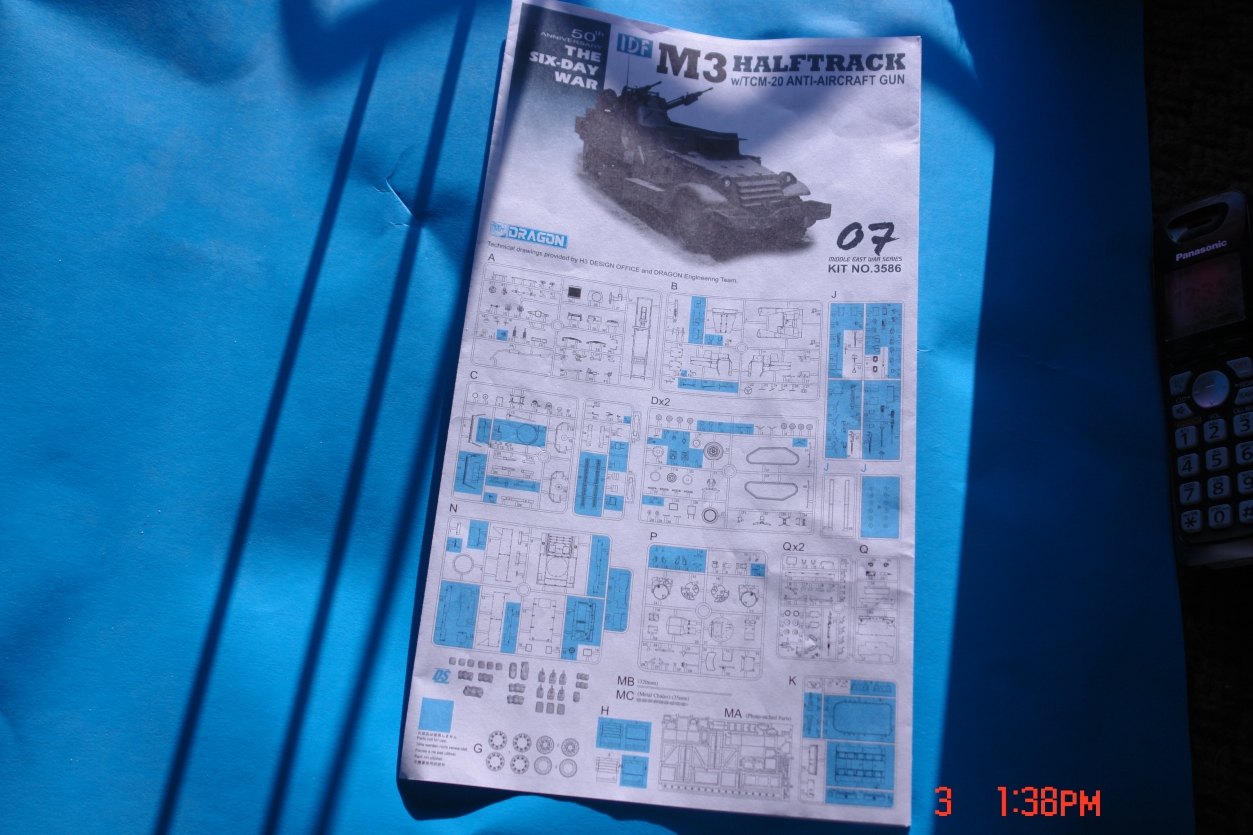 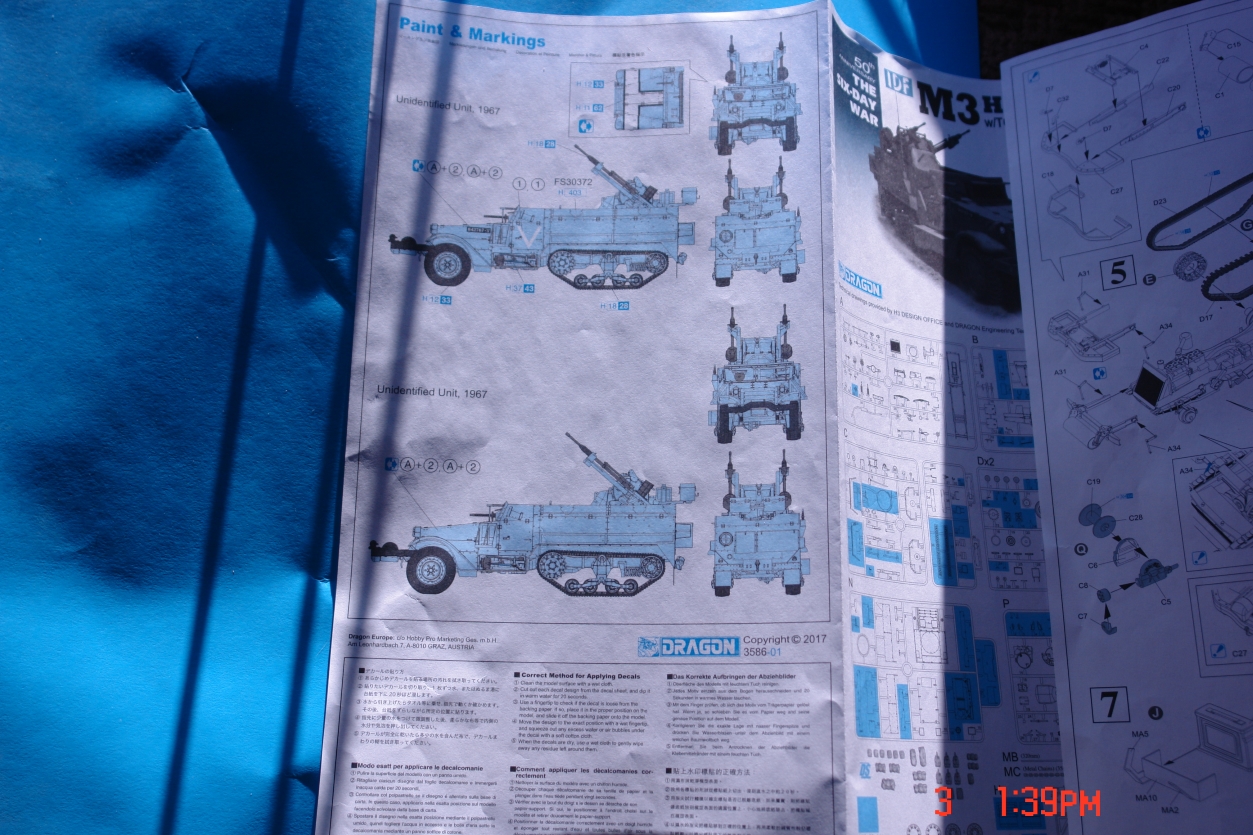 Now for the building. You can make a nice kit right of the box or you can easily take the next step to make an incredible model. First thing is improving the bogeys. There is a slot on the sides which should be easy to drill out and apply a rim to as seen in the following picture. You can also apply some casting marks.

None of the Dragon Halftracks has the exhaust support. Some small L bracket styrene with a wire U Bolt and nuts from any of the after market companies goes a long way to fix that. The wheels could do with a valve stem. Perth Military Modeling has  good handle on mods from previous kits that should assist you in making any corrections you may want. Also one of the better walk around sites I have found is Prime Portal.

One thing I did with previous kits that may help out on this build was to assemble the tracks and paint them. Then I installed them over the bogies and then added the drive sprockets. You might want to give it a dry run first. My reason for doing that was so I wouldn't have issues with glue and paint or alternately painting over a constructed running gear.

Paint call-outs are for Mr Colour but it shouldn't be too hared to find equivalents in your favorite brand.

All together this is another fine kit from Dragon and with some work can build into a real beaut. Thanks to my aching wallet for the review kit.