Back in 2011, the Africa @ War series released Peter Baxter's Selous Scout title as its fourth volume. Now, with its 38th volume, the title is revisited as it has been expanded and revised. See the Table of Contents below to get an idea of what you will find. The text is quite informative and gives an indication of the formation of the Selous Scouts, named after Frederick Selous, were formed in 1973 and training was a rigorous as the USN SEAL teams. They even have the Log PT as part of the regimen. ZIPRA and ZANLA liberation movements feared the scouts who would conduct reconnaissance missions into Zambia and Botswana and raids into Mozambique. They accounted for 68% of the guerrilla casualties during the 1970s Bush War. Baxter points out that the principal weakness of the Rhodesian Army was its limited size so a Fire Force approach had to be used combining land and air assets. However, the targets had to be found. This is the reason for the scouts. So, in sixty four pages, we find 167 photographs (inluding the new color images added for the revision0 several maps, and color profiles of the vehicles (land and air) used during this conflict. While there are no color plates of the uniforms, many of the color photographs do show what a modeler would need. 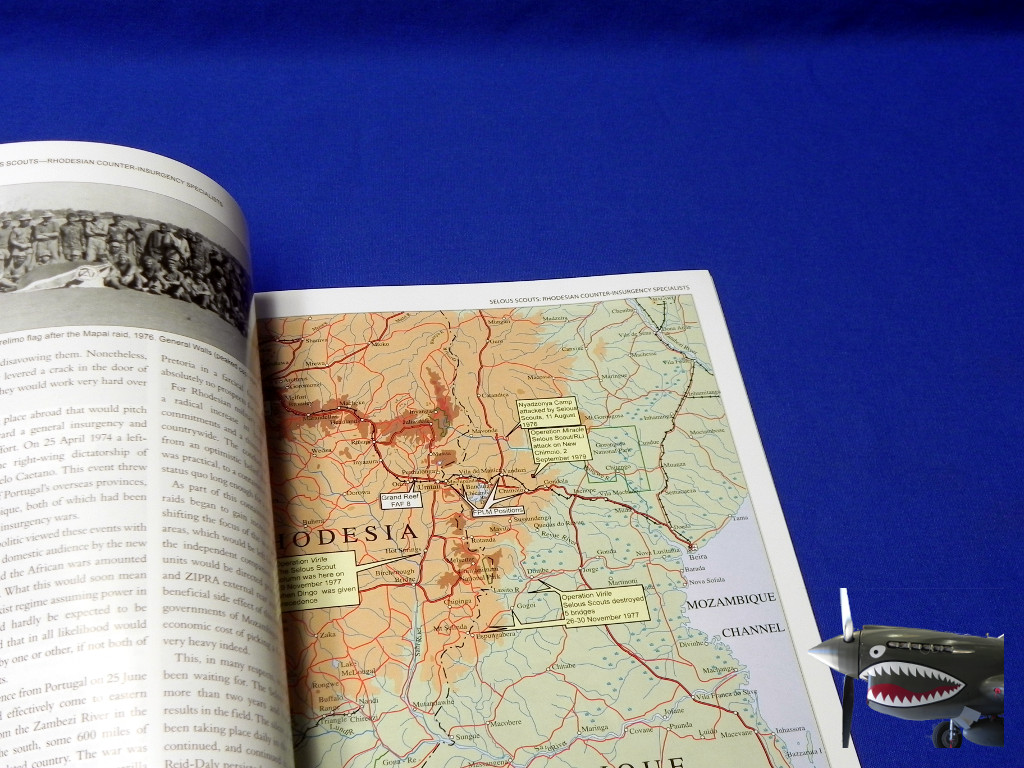