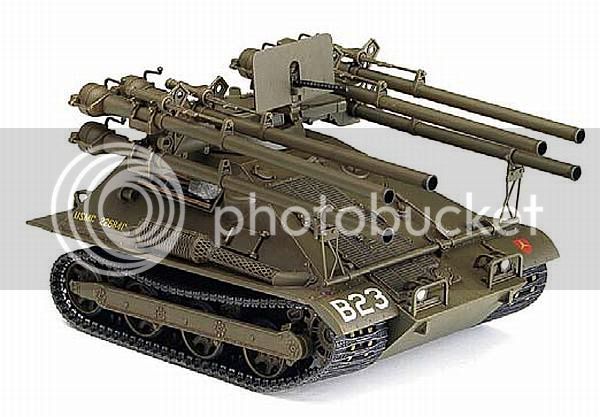 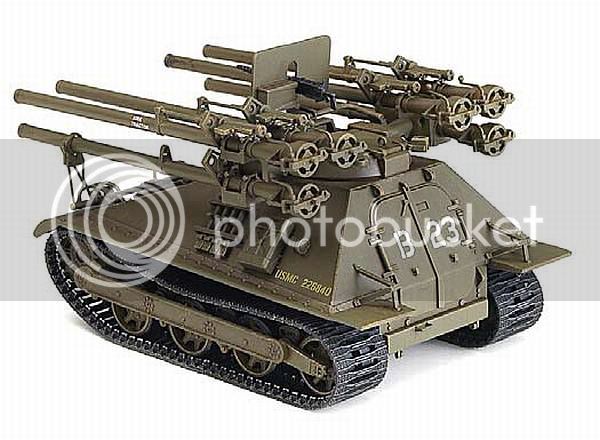 The Ontos (it means “the thing”) was developed in the 1950’s as an anti-tank vehicle. But it proved more valuable directing intense fire on infantry positions in Vietnam. The Marines used it to great effect in numerous battles during the Vietnam war. It was not produced in big numbers, only 297 were built up until 1969 when production ended.

Academy’s Passion For Precision is evident throughout this 100% new tooling kit of over 100 parts. The highly detailed reproduction of the six 106mm recoilless rifles has been beautifully done. Spot-on suspension and continuous link tracks adds to the authentic “look” of this kit. The model contains a detailed painting instruction sheet, accurate decal sheet, two complete crew figures and is adorned with photo-etched parts for the light guards, muffler mesh, etc."

The above is from the newsletter sent out by Academy's US distributor; MRC.