A new Badger Sotar 20/20 airbrush and getting it up to snuff.

Overview Reviews (1) Discussion
With the purchase of a new airbrush at a figure convention, it is time to rework the stock airbrush and make it perform better than many high end airbrushes. The severe modifications that I do can destroy the airbrush if taken too far or done in an incorrect manner. The use of high end jewelers burrs, burnishers, and polishers were used with great care over several evenings. While the modification can greatly improve how well the paint flows through the brush and in this case also corrected some issues that would have allowed paint to build up and become trapped in some areas, a lot of skill and finesse are required to do this well.

In this case the airbrush I obtained was discounted for the show from Badger. It would not surprise me if it was a considered slightly defective and thus the discount. 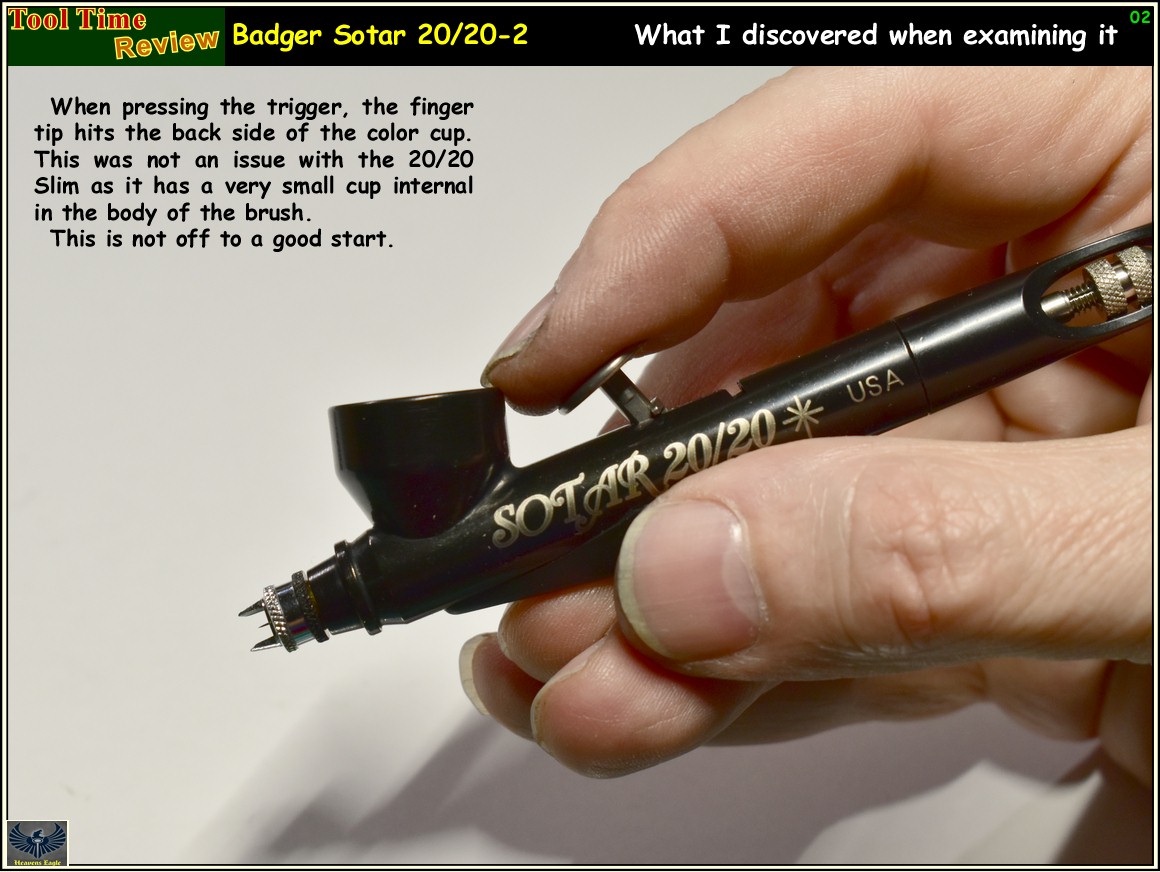 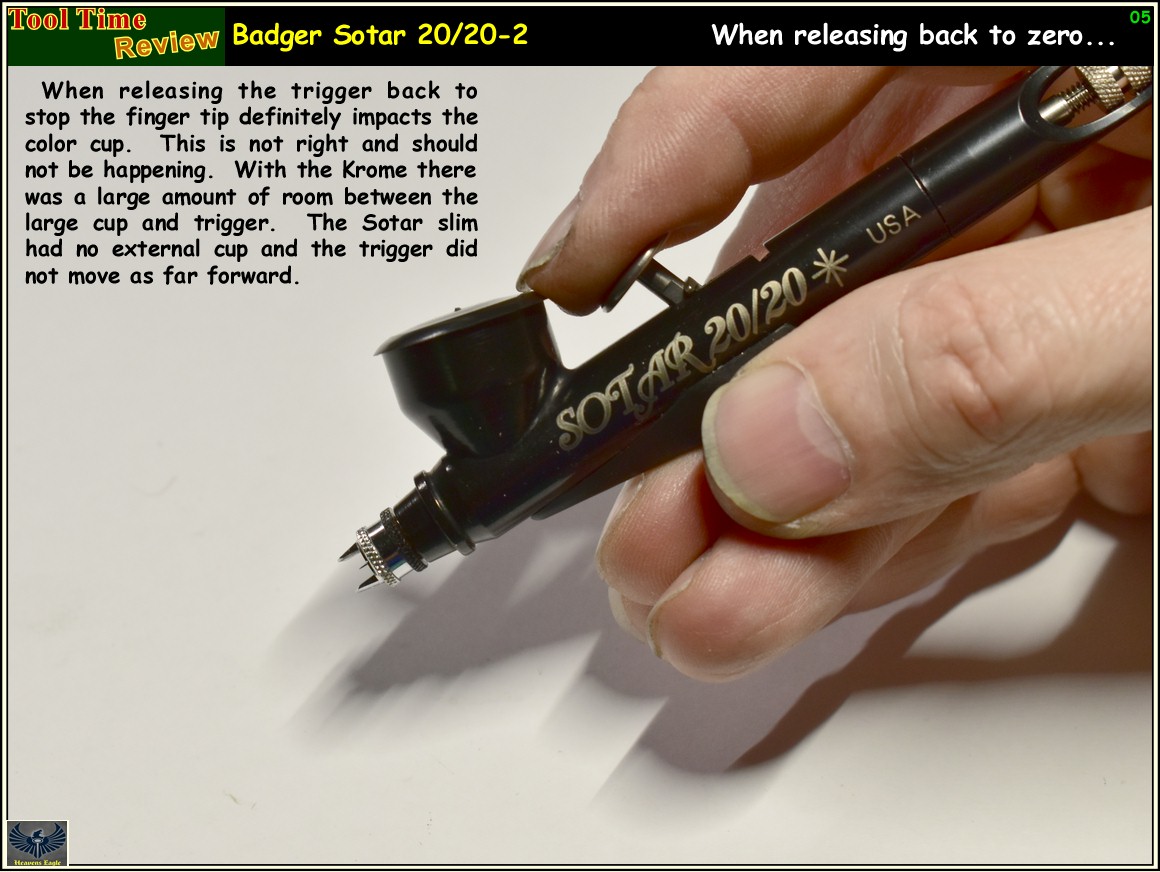 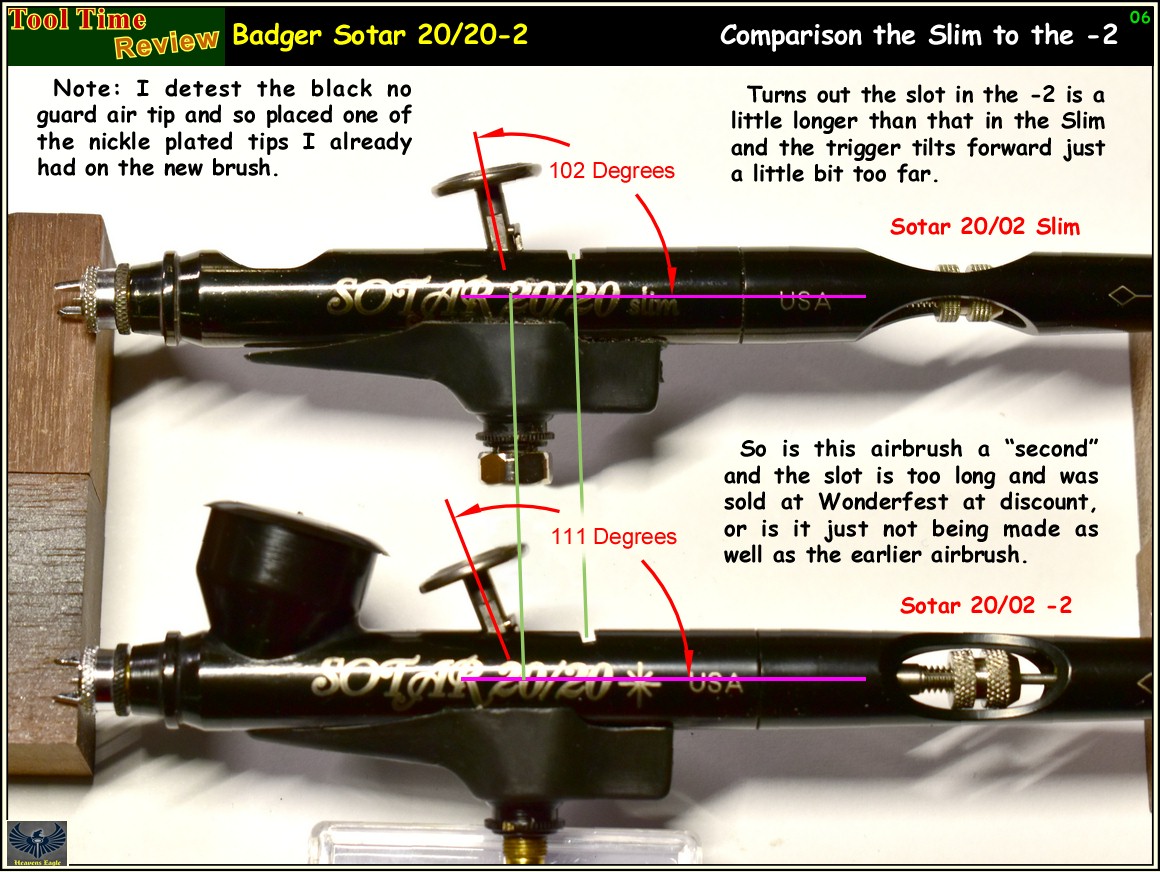 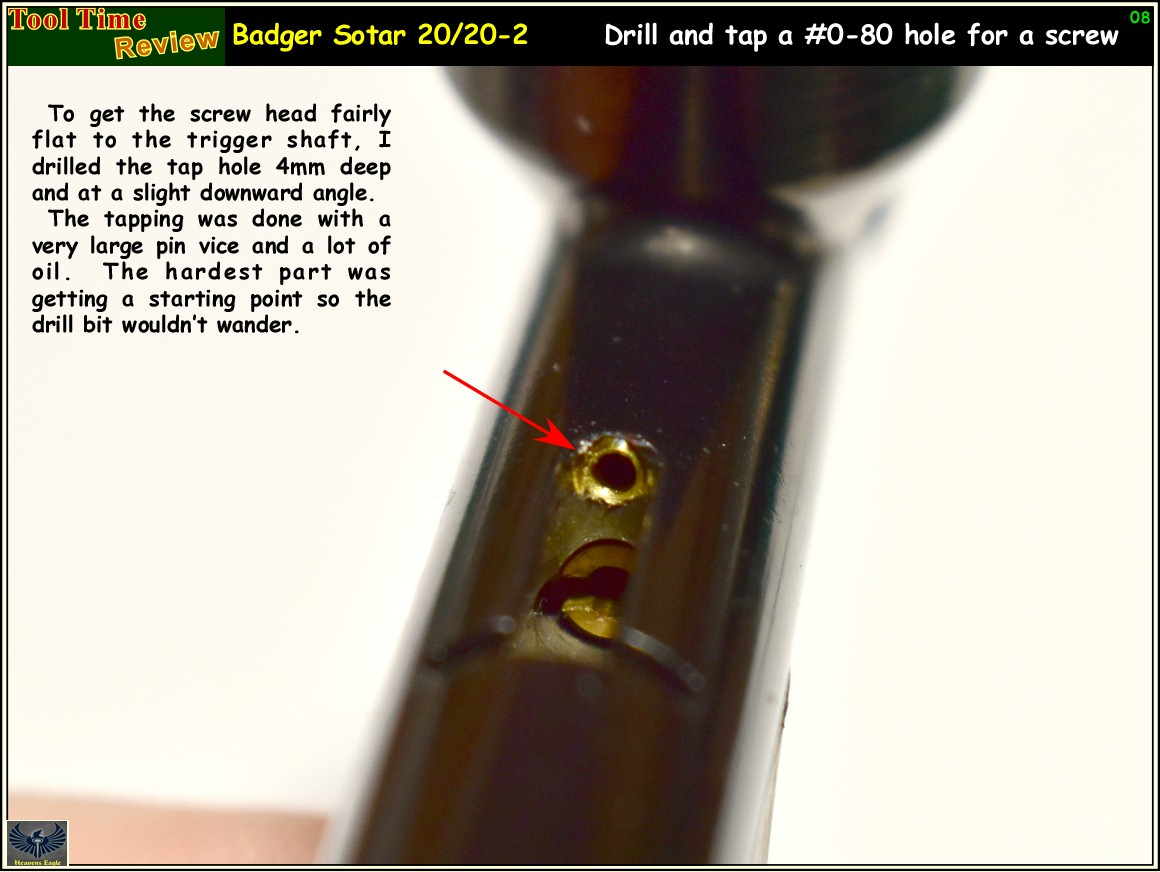 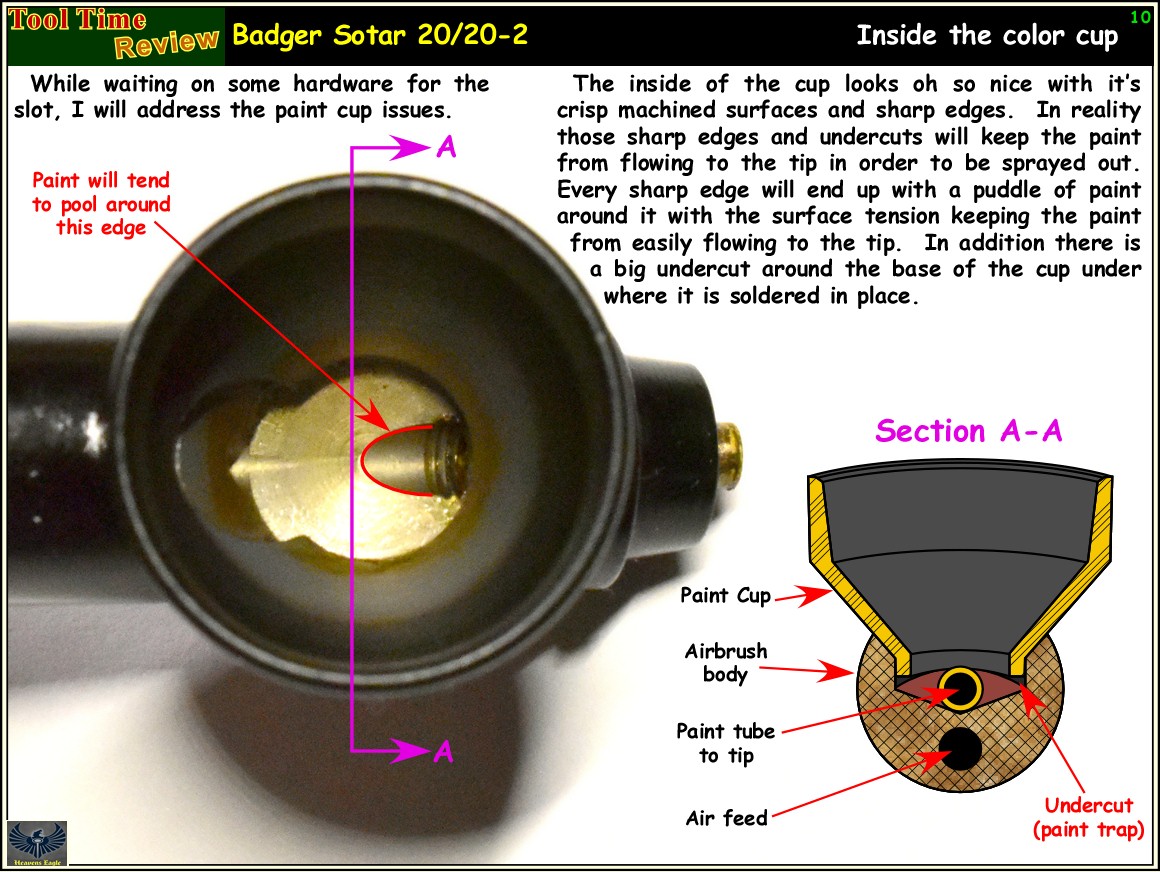 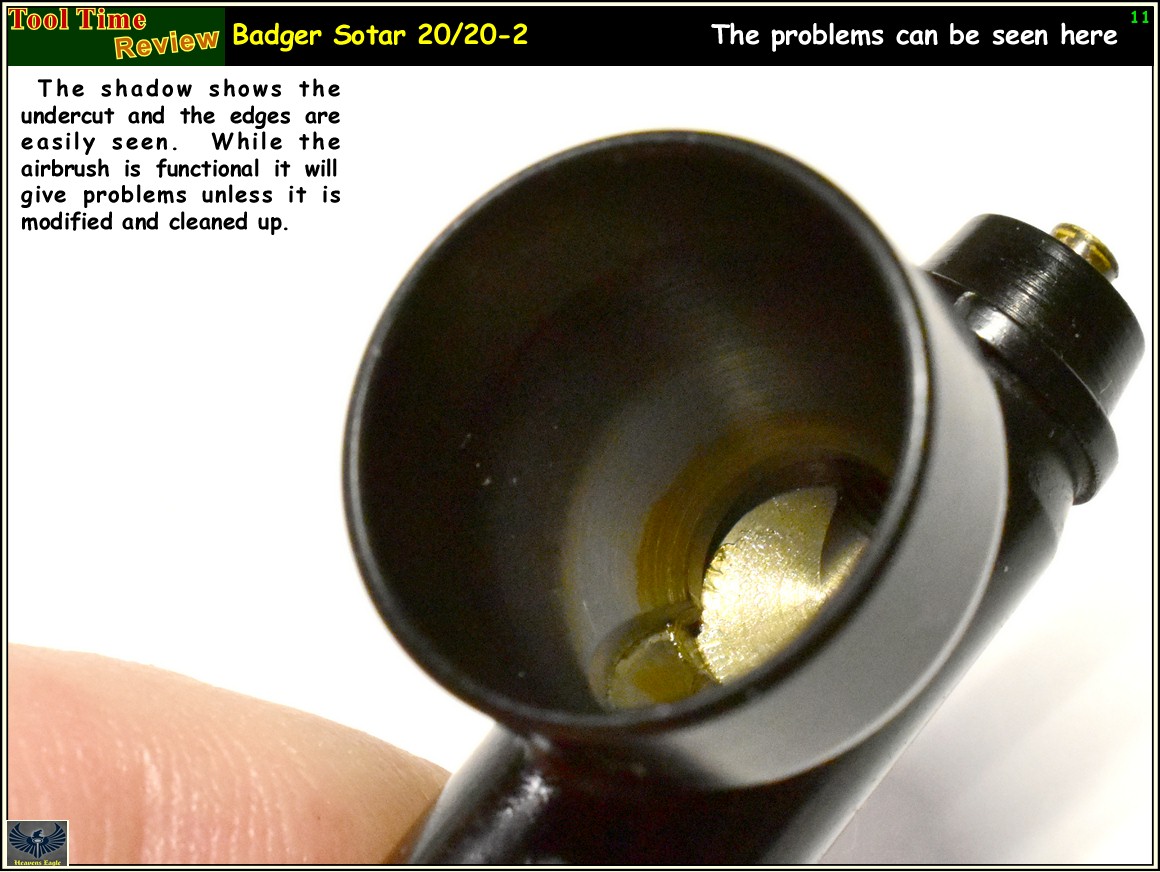 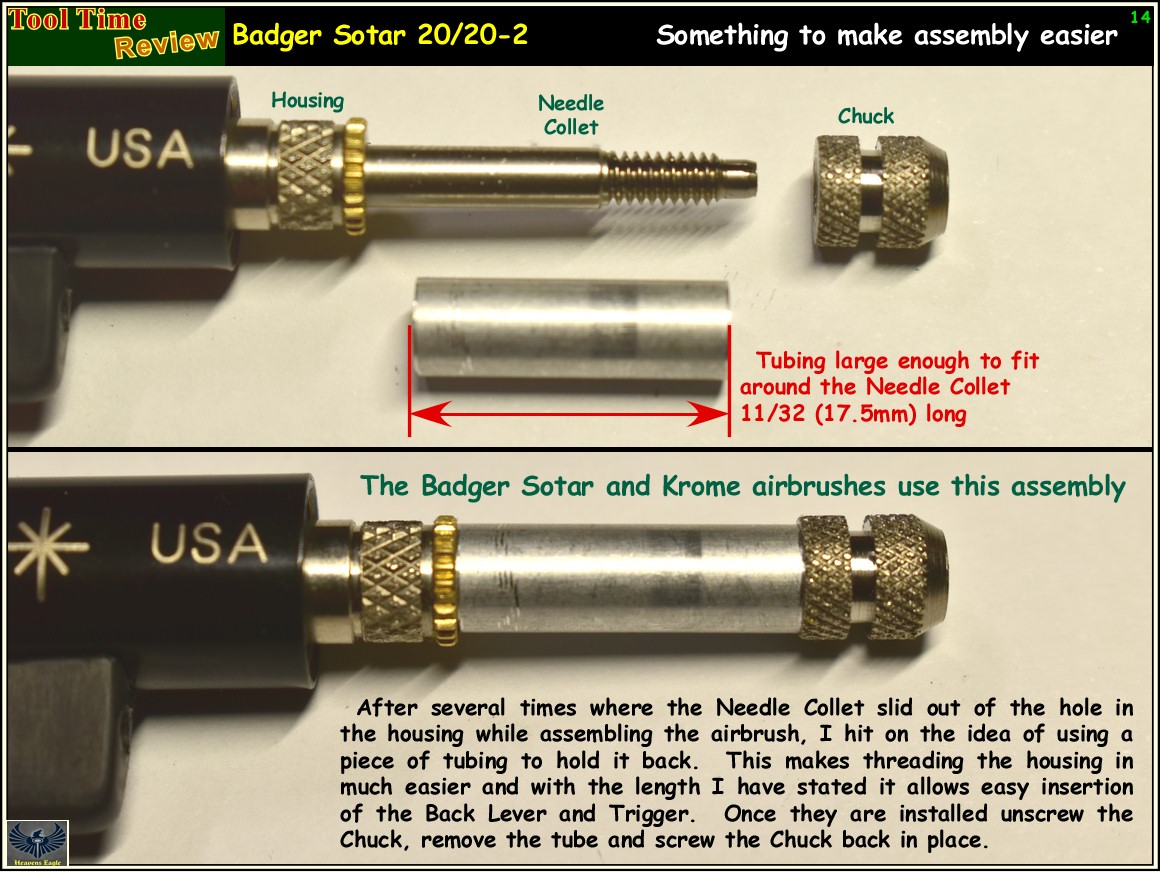 I did not go into the process for smoothing the cup in detail. This is an exercise I have done several times to several airbrushes and I am at least a little familiar with the process. This airbrush was the most difficult to smooth out of all the brushes I own. I am quite happy with how it turned out and it should be a nice addition to my tool box.
Reactions: Brokeneagle, Sharkmouth, Barney and 2 others