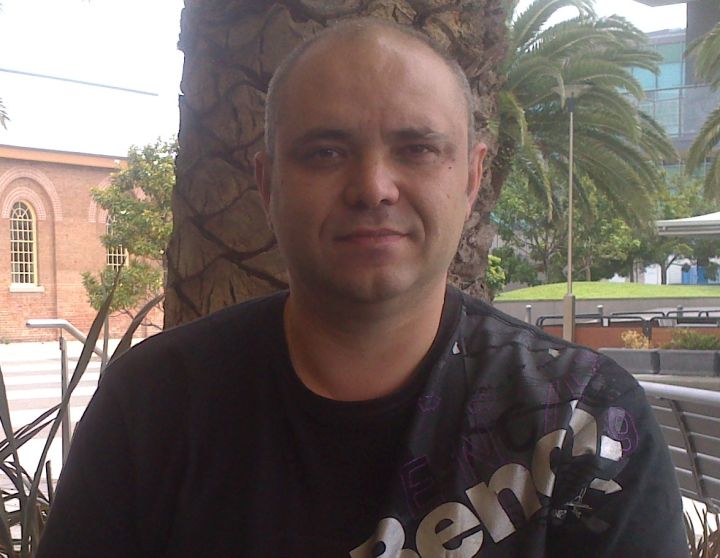 Laurence was born quite a few years ago, half a century to be precise, in the country of Romania, that is most famous for one of its' provinces, Transylvania, and the pointy toothed creature of the night, Count Dracula. When he was a kid, he got a present from one of his parents' friends, a model kit of a Soviet Union plane, an Ilyushin IL-18, followed shortly by another one, an IL-62. They were made in the Democratic Republic of Germany, came complete with a small brush, paint and glue. That was the beginning of his modeling experience, some 40 years ago.

When he was 34, he decided to move to Australia. Laurence started a new life down under, and, after some turbulent times, in an otherwise peaceful and relaxed country, he met his other half, Anne, in 2007. After moving several times for work, they settled in Adelaide, South Australia. By then, he was building models for fun, not really following any rules or having any sophisticated tools, brushes or paints. All that changed in 2011, when he decided to enter a few models at the oldest running expo in Australia, the South Australian Plastic Model expo. Laurence scored a third place in dioramas with a creation that he says would make any serious modeler laugh. But, everything grew from there, especially from observing other models and then trying to learn and become better.


The very next year, in 2012, they moved to Sydney for his job. They love it there, and the new location has been kind to them. He joined our modelersalliance.com website later in that same year, 2012, and that turned out to be a fantastic opportunity. On top of meeting some fantastic modelers, there was the learning, step by step and otherwise, and he says the learning hasn't stopped since.

Laurence has participated in many competitions on the Eastern Coast, such as Sydney, Brisbane, Canberra, and quite a few regional ones. Awards and trophies began coming his way, articles published in ModelArt Australia magazine, but the most valuable lessons came from learning from mistakes and failures. Learning never stops, coming across something new and exciting happens routinely.

Laurence appreciated the Master’s Forum and felt it was an inspiration.The following are his words:

Thanks Bob L., having my name in the Masters Forum is certainly something very special to me. Also, a big thanks to Bob Britt for all his hard work in making MA happen and keeping it running. You rock mate, keep up the good work.

Last, but not least, a big thank you to everyone on MA. Fantastic work, very inspiring models and, overall, a fantastic bunch of guys all together.

I am proud to Introduce (White Wolf), Laurence Maftei, as a new member of the Master’s Forum.