These models were actually commissions from a large firm in Belgium where my son works. The commission was for three different trucks they use in their operations. I still have one more to finish and will post that and some of my military scratchbuilds when the last one is finished. They have set deadlines, so I am quite busy at the moment. 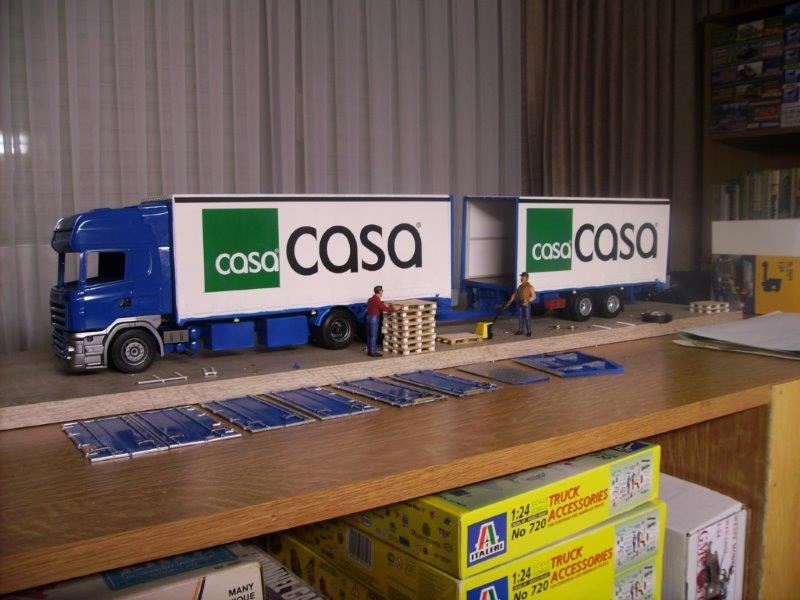 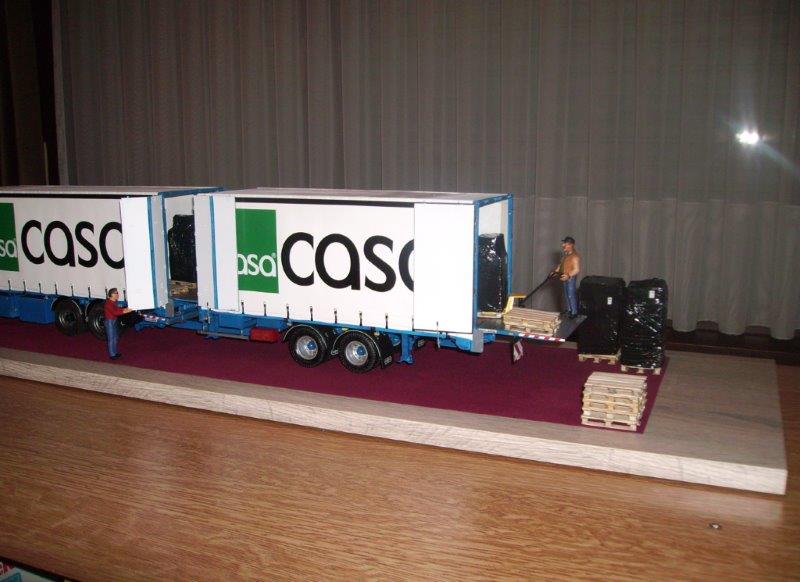 Wheels and tires from from KFS( British resin aftermarket company )for the trailer .

The truck chassis was extended by adding a non traction rear axle from an older Italeri Scania model number 792. 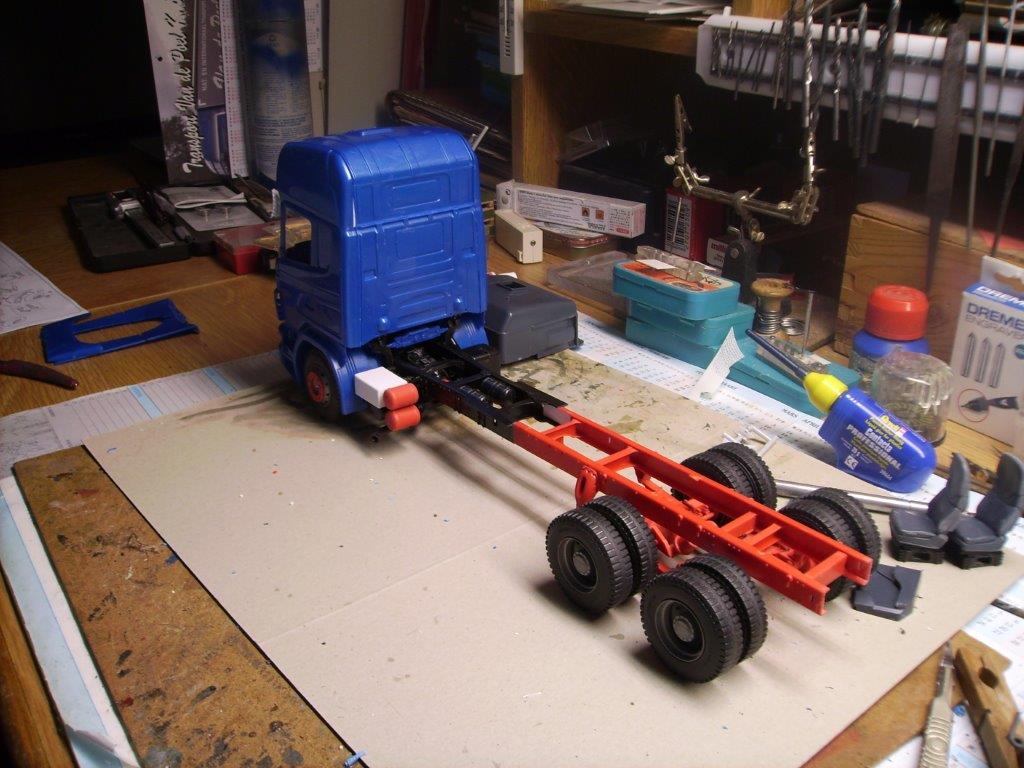 For the moving loading platforms, I used 2 Italeri truck conversion kits, number 776, but for the one used in the tractor it had to be cut in 2 pieces and adjusted with scratchbuilt details and stowed in a folded position under the chassis. 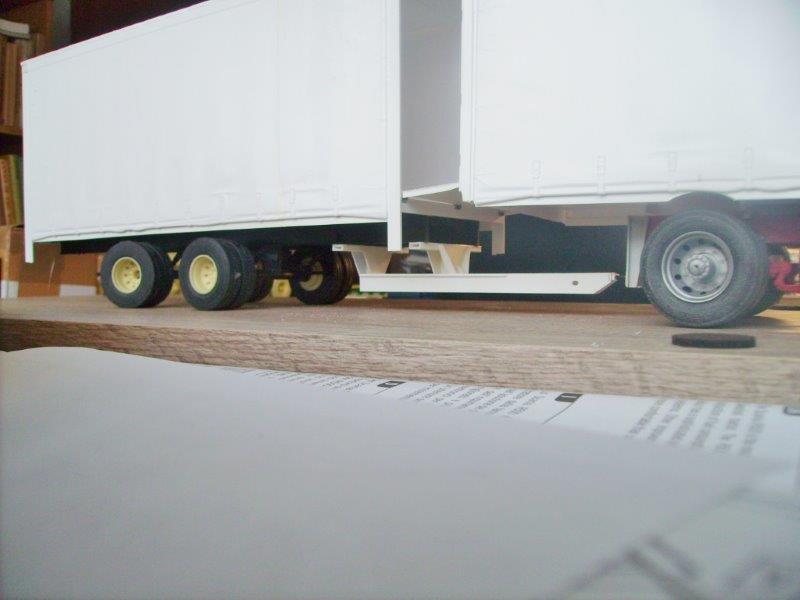 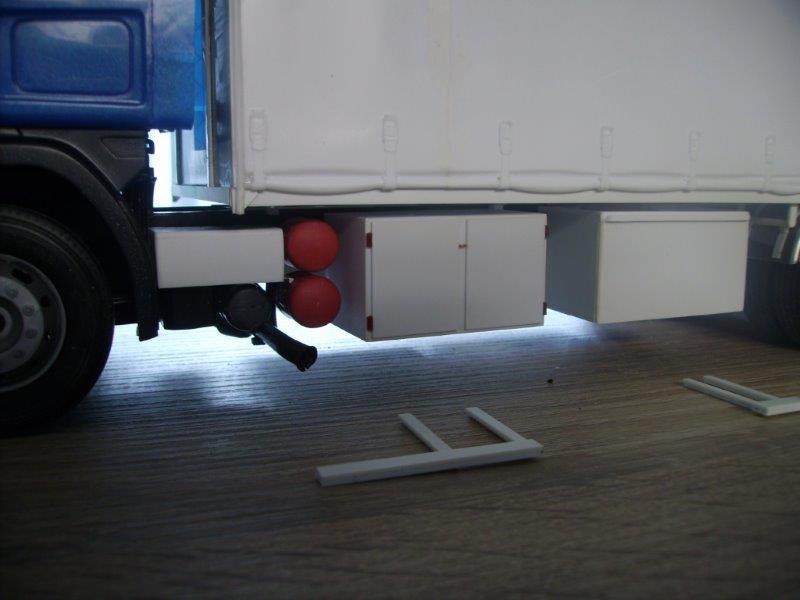 All white plastic card stock is the material used to complete the model and additional details. (except for the side curtains of the truck and trailer ,that was also molded in white plastic on the first
model). 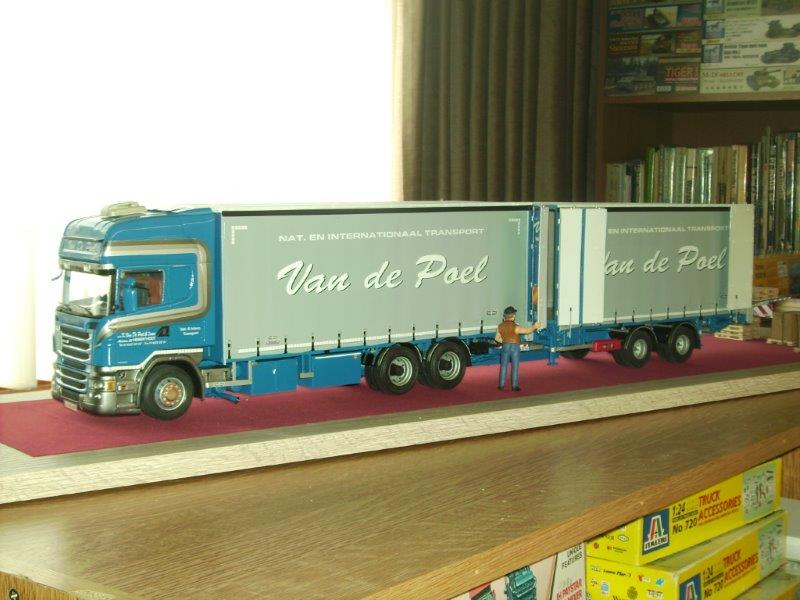 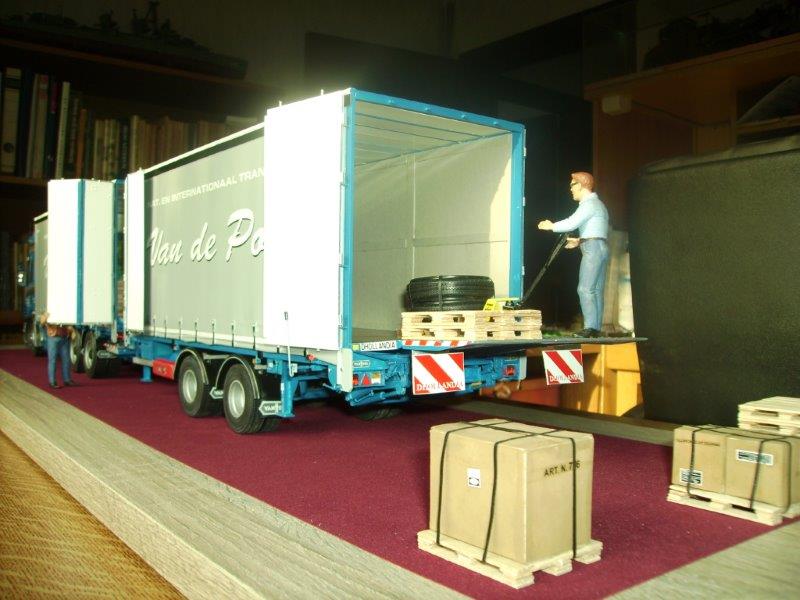 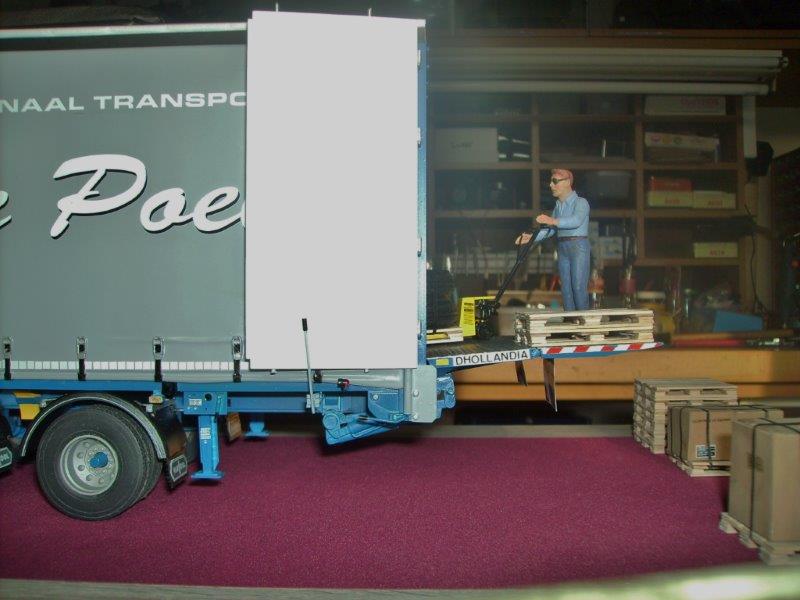 The scale boxes were also made with thin cardboard and thin wooden strips were used for the pallets. 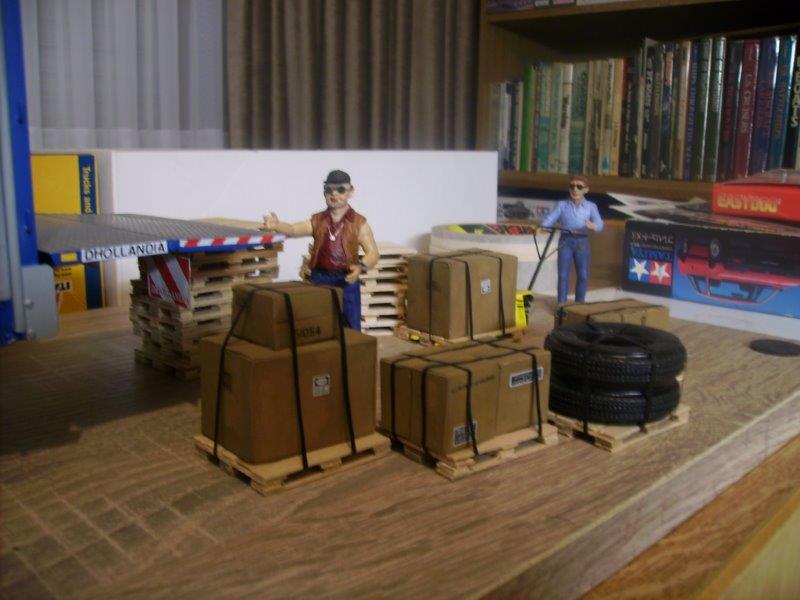 The most difficult work was to cover the red plastic from the Italeri curtain sided trailer to a white fabric color. It was necessary to use a coat of plastic protecter as well as several primer coats of grey and white. Still yet, the red color was still showing through in some places, (I had used automotive paint), but after I had sprayed it with Humbrol flat white, (Matt 34), the problem was solved. (see the 2nd model). 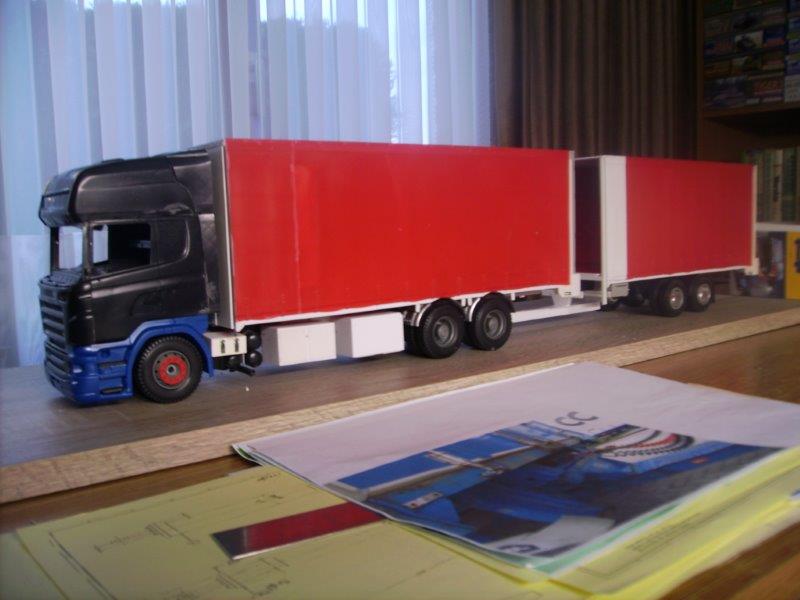 The Decals were made by printing photo's made of the originals on the actual, (real), trucks, (with the help of a friend and a very good printer), and the large lettered words such as "casa" were made with the correct sized, Letraset style dry transfers. 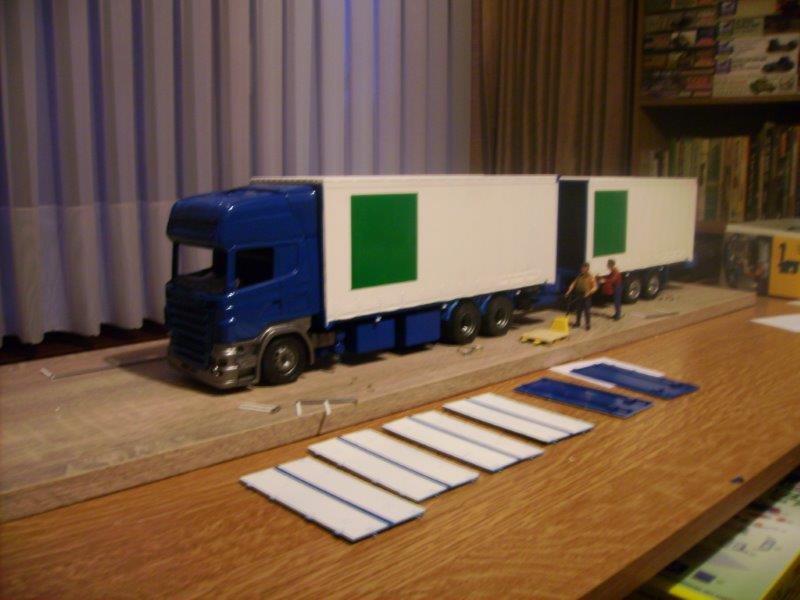 The airconditioning unit on top of the cab of the first truck is completely scatchbuilt according to reference photo's I took from a replacement model. (The second truck has no such unit as it is an older model, compare the fronts of the two models) and the figures came from Italeri kit number 720, truck accessories. 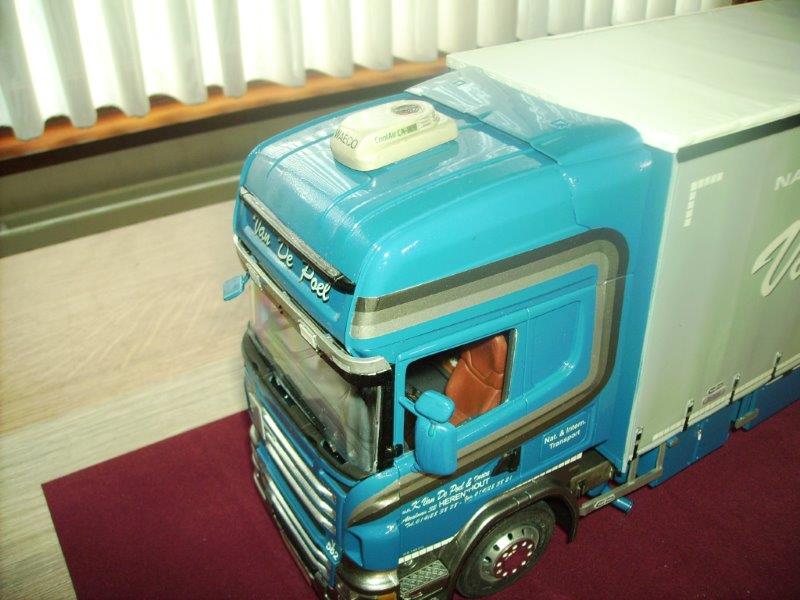 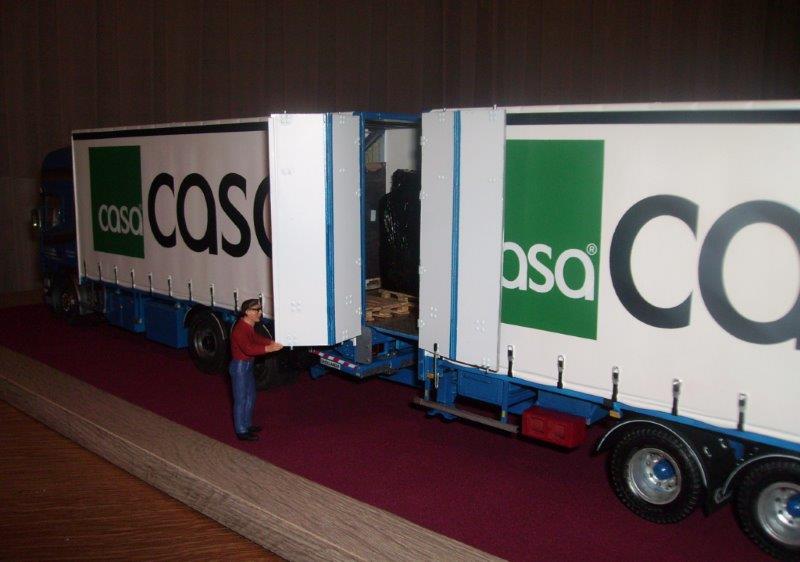 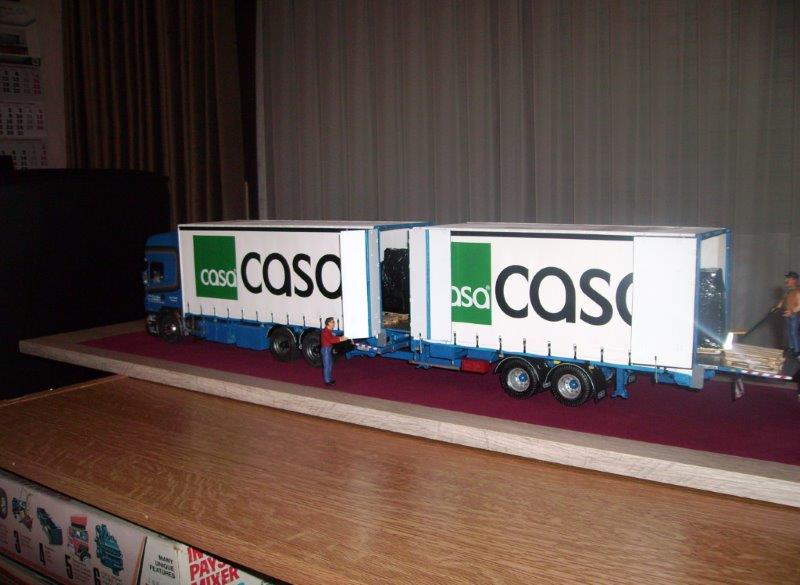 I hope you enjoyed my builds and visit my gallery for more photos.